HP : Family Of Delhi Hiker, Who Died In Snowfall Recalls Last Moments Before Her Departure

The family members of Delhi hiker, Anita, who died with six others on their route to Chitkul in Himachal Pradesh, had advised her not to travel. 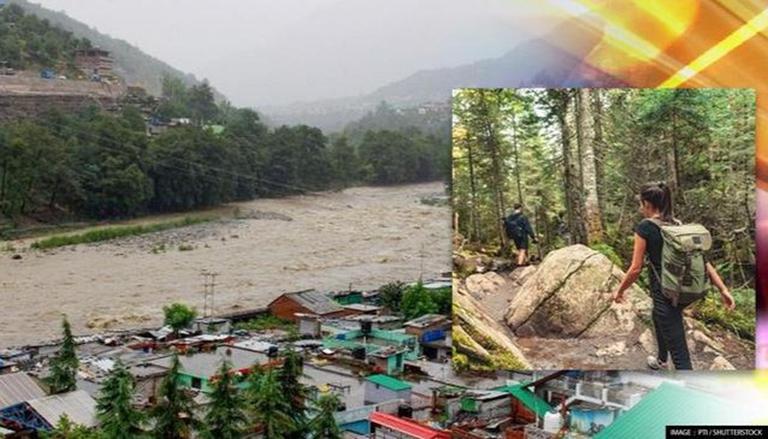 
The family members of Anita Rawat, a Delhi trekker who died with six others on their route to Chitkul in Himachal Pradesh, said they had advised her not to travel, but she insisted it would be the only one this year. On Sunday, the 38-year-old trekker's mortal remains were consigned to flames by her relatives. When an avalanche struck the 11-member hiking group, they were travelling between Uttarakhand and HP on the Harsil-Chitkul route. They started their journey in Harsil, Uttarkashi, and planned to reach Chitkul through Lamkhaga pass. The incident claimed the lives of seven trekkers.

"We had advised her not to go but she insisted saying it was the last trek of the year. She had just returned from a trek in Mori-Sankri," Anita's father Jyoti Singh told PTI.

Little did the enthusiastic trekker know that it would be her last trek, that her insatiable desire to succeed in life would come to an end with her sudden demise. Singh further claimed that the hikers may have been saved if rescue activities had been initiated promptly after the hiking team's six porters arrived in Sangla, HP.

Anita was assisting her father in his confectionary company after quitting her work as a dentist at a private hospital in Delhi. When Singh arrived at the mortuary of the Uttarkashi district hospital to receive his daughter's remains, he spoke in a teary tone. "She was very promising. From keeping my business accounts to driving, she could do anything. She was very passionate about trekking." Singh was quoted as saying by PTI.

On Sunday, the bodies of five out of six trekkers presumed dead on another trekking trail in Bageshwar district's Suderdhunga were discovered, bringing the total death toll in rain-related accidents in Uttarakhand to 77.

Trekkers Die Due To A Snowstorm In Himachal Pradesh

On October 17, three trekkers died out of a group of thirteen who were on their way from Rohru to Kinnaur. The three trekkers who died in snowfall in Himachal Pradesh's Kinnaur area were from Maharashtra, according to officials, while the ten others have been recused. The hikers' group became stranded in Burua Kanda due to heavy snowfall in the area, and a police squad was sent to assure their safety. While Deputy Commissioner of Kinnaur, Apoorv Devgan, stated that the ITBP team will bring the bodies down, they also urged visitors to Kinnaur not to travel to higher places during inclement weather.