Amid the Omicron COVID-19 variant outbreak in South Africa, two nationals from this country have tested positive for the virus variant Delta in Bengaluru. 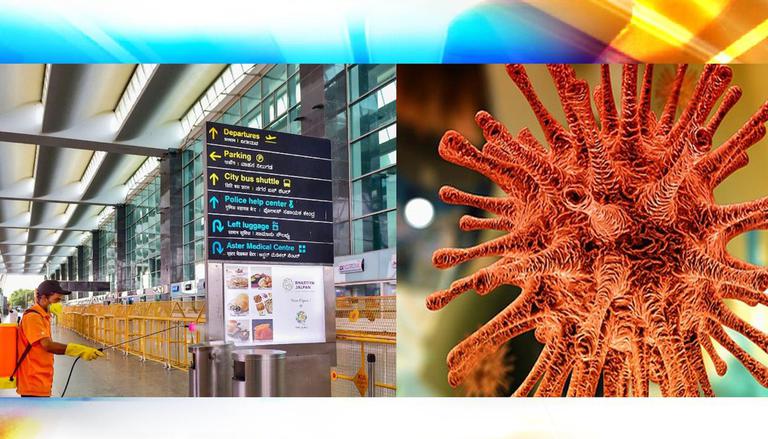 
Amid an alarming situation over COVID-19 variant Omicron, two South African nationals tested positive for the virus at Bengaluru Airport on Saturday. According to official reports, both individuals have tested positive for the Delta variant. Prime Minister Narendra Modi, in yesterday's meeting, had ordered vigilant checking of all international arrivals, their testing as per guidelines, with a specific focus on countries identified 'at risk'.

The two individuals were travelling amongst 584 passengers from 10 high-risk nations:

Karnataka | 584 pax had come to Bengaluru from 10 high-risk nations. Out of them, 2 who returned from South Africa (Indian nationals) tested positive for COVID on 11 & 20 Nov respectively. We sent it for sequencing & came to know that it's Delta variant: Bangalore Rural Dist DC

Karnataka Minister R Ashoka said more than 1000 people have come from South Africa and all of them have been tested. "One more test will be done after 10 days for those who have already come to Bengaluru or somewhere," he was quoted as saying by ANI.

However, the official further asserted, 'From (November) 1 to 26, a total of 94 people have come from South Africa, out of them two have tested positive for regular COVID-19. So people need not worry'.

Omicron- Why is the new virus strain concerning?

The first official information was conveyed by World Health Organisation official Dr Maria Van Kerkhove who, during a press briefing had explained that 'B.1.1529 have a significantly high number of mutations and thus has serious public health implications'. In a statement, South Africa's health ministry had also confirmed that a new variant has been detected and it is a 'reason for concern'. Later, on Friday, advisers to the WHO held a special session about a worrying new variant of the COVID-19 and suggested that the new variant 'Omicron' poses an increased risk of reinfection in the community. The experts notified that the variant has a large number of mutations, some of which are 'concerning'.

'We need to speed up our efforts to deliver on #VaccinEquity ASAP and protect the most vulnerable everywhere,' tweeted WHO Chief Tedros Adhanom Ghebreyesus.

Meanwhile, states including Karnataka, Maharashtra, Kerala have issued guidelines and instructed airport officials for strict checking of international passengers. The Prime Minister also chaired a meeting yesterday to discuss the country's pandemic situation. PM directed officials to be proactive in light of the new variant and discussed its implications for India.