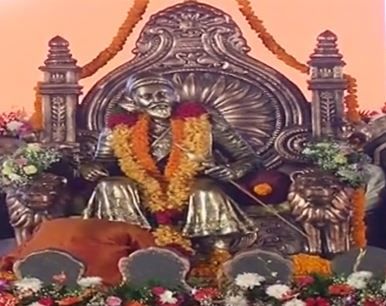 Uddhav Thackeray was chosen as the leader of the Maha Vikas Aghadi alliance comprising Shiv Sena, NCP, and Congress on Tuesday. He took the oath at 6.40 on Thursday evening. Maharashtra Governor Bhagat Singh Koshyari administered him the oath of office and secrecy. Apart from Uddhav Thackeray, six other MLAs will also took their oaths - two from each party. From NCP- Chhagan Bhujbal and Jayant Patil took their oath, while from Congress it was Balasaheb Thorat and Nitin Raut. From the Shiv Sena, Subhash Desai and Eknath Desai took their oaths on Thursday evening. According to sources, no deputy Chief Minister will take an oath on Thursday as the discussions are still on.

As the BJP-Shiv Sena's decades-long 'Mahyuti' fell out at the state-level, after Maharashtra Assembly polls with Sena supremo Uddhav Thackeray insisting a 50-50 sharing of Chief Minister post for 2.5 years and portfolios and Fadnavis refused to these demands, the Shiv Sena had allied with the NCP-Congress combination to form a new alliance - 'Maha Vikas Aghadi'.

Since the alliance could not prove their majority by the given deadline, the President's rule was imposed in the state. Earlier, on the day when the 'Maha Vikas Agadhi' were set to meet the governor, BJP's Devendra Fadnavis was sworn-in as the Chief Minister of Maharashtra and NCP's Ajit Pawar was sworn-in as Deputy CM early morning and the President's rule was revoked on 5.47 am. However, on Tuesday, Ajit Pawar resigned from his post, which was followed by Devendra Fadnavis' resignation. The Mahayuti alliance had swept Maharashtra on October 24, winning a combined tally of 161 (BJP- 105, Sena -56). Meanwhile, the Maha Agadhi alliance (NCP-Congress) won  98 seats (NCP- 54, Congress- 44 ). The halfway mark in 144 in the 288 seat-Assembly.