Ahead Of Donald Trump's Visit To Ahmedabad, Airlines Issue Advisory For Passengers

Vistara, IndiGo, and SpiceJet, in their advisories, forewarned the passengers of the expected traffic congestion owing to Donald Trump's arrival Ahmedabad.

Multiple Airlines issued an advisory to passengers traveling via Gujarat's Ahmedabad Airport, to arrive early for departure in view of US President Donald Trump's visit. The US President along with his family will arrive in India on February 24 for a two-day visit.

Vistara, IndiGo, and SpiceJet, in their advisories, forewarned the passengers of the expected traffic congestion owing to Donald Trump's arrival in the city on February 24. Besides the multi-layer security cover, elaborate arrangements have been made by the Delhi Police, including placement of double barricading on all the roads where Trump's convoy is likely to pass, officials said, adding that aerial surveillance of the route will also be conducted as part of the security measures. 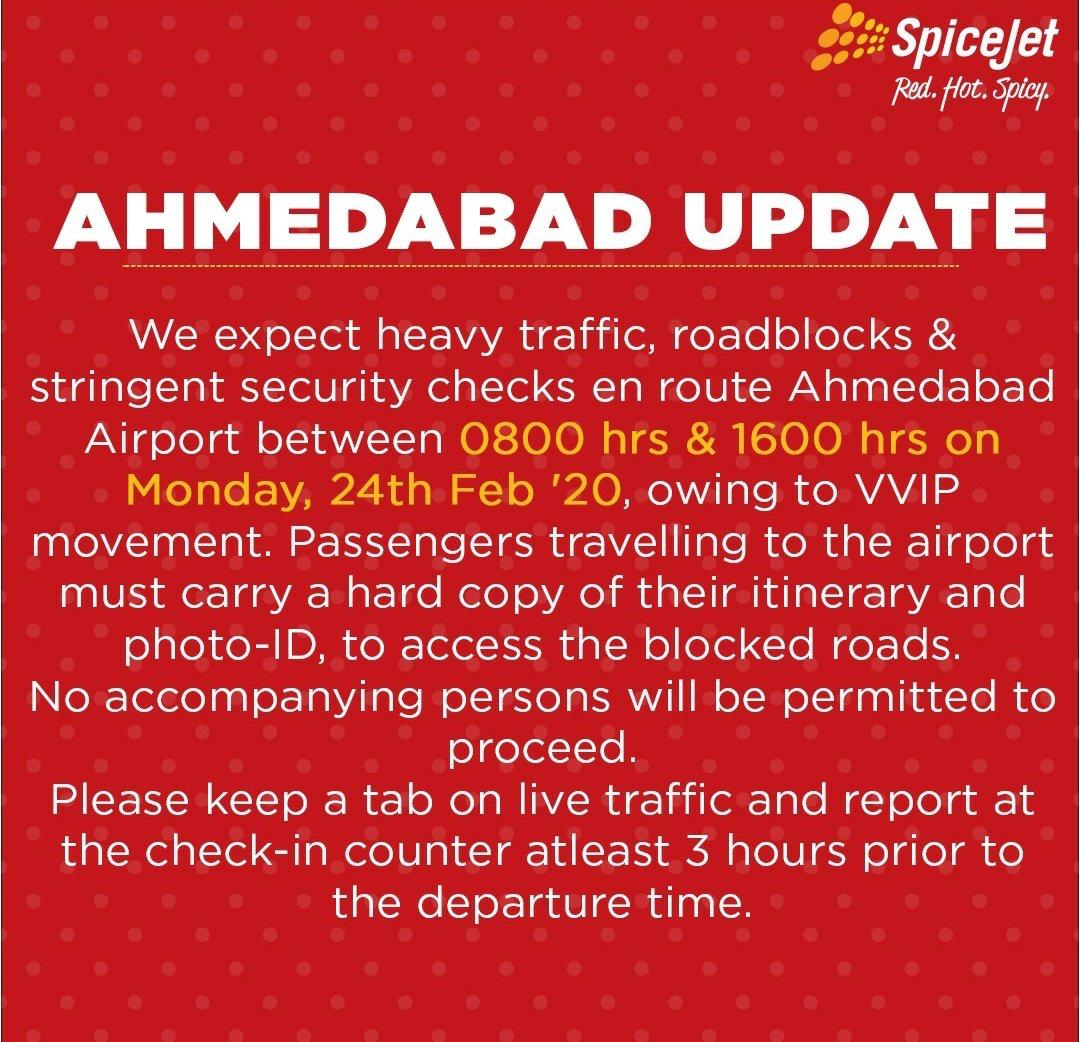 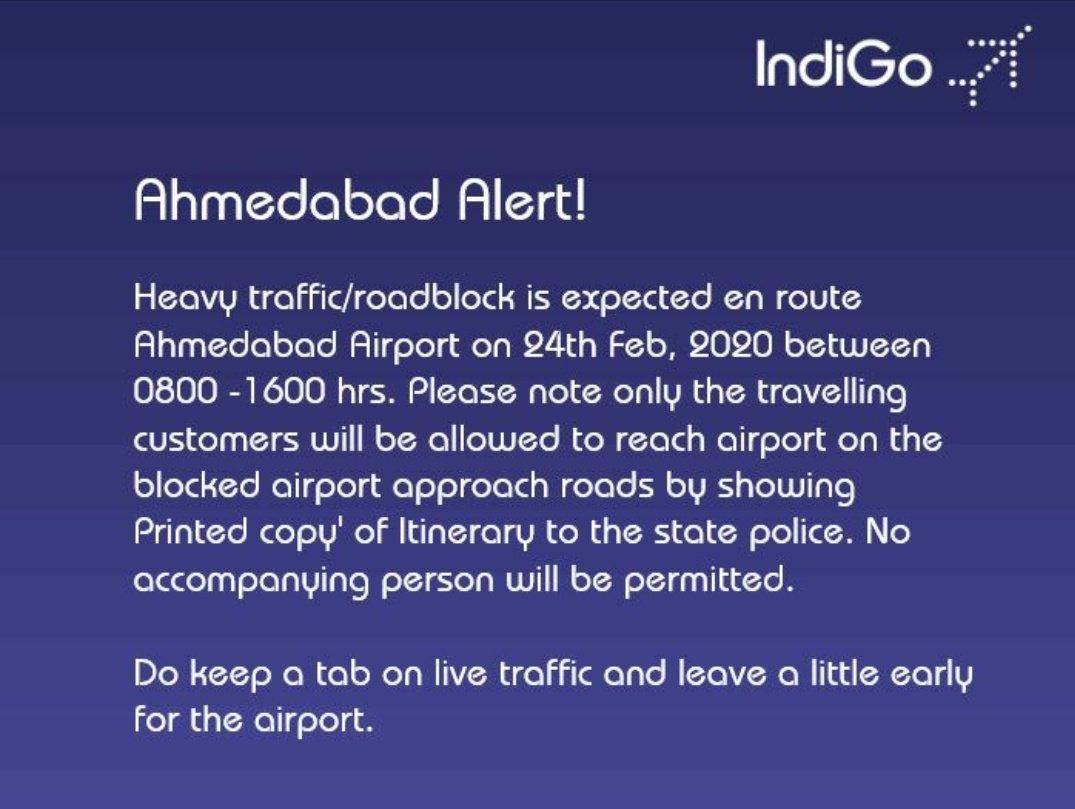 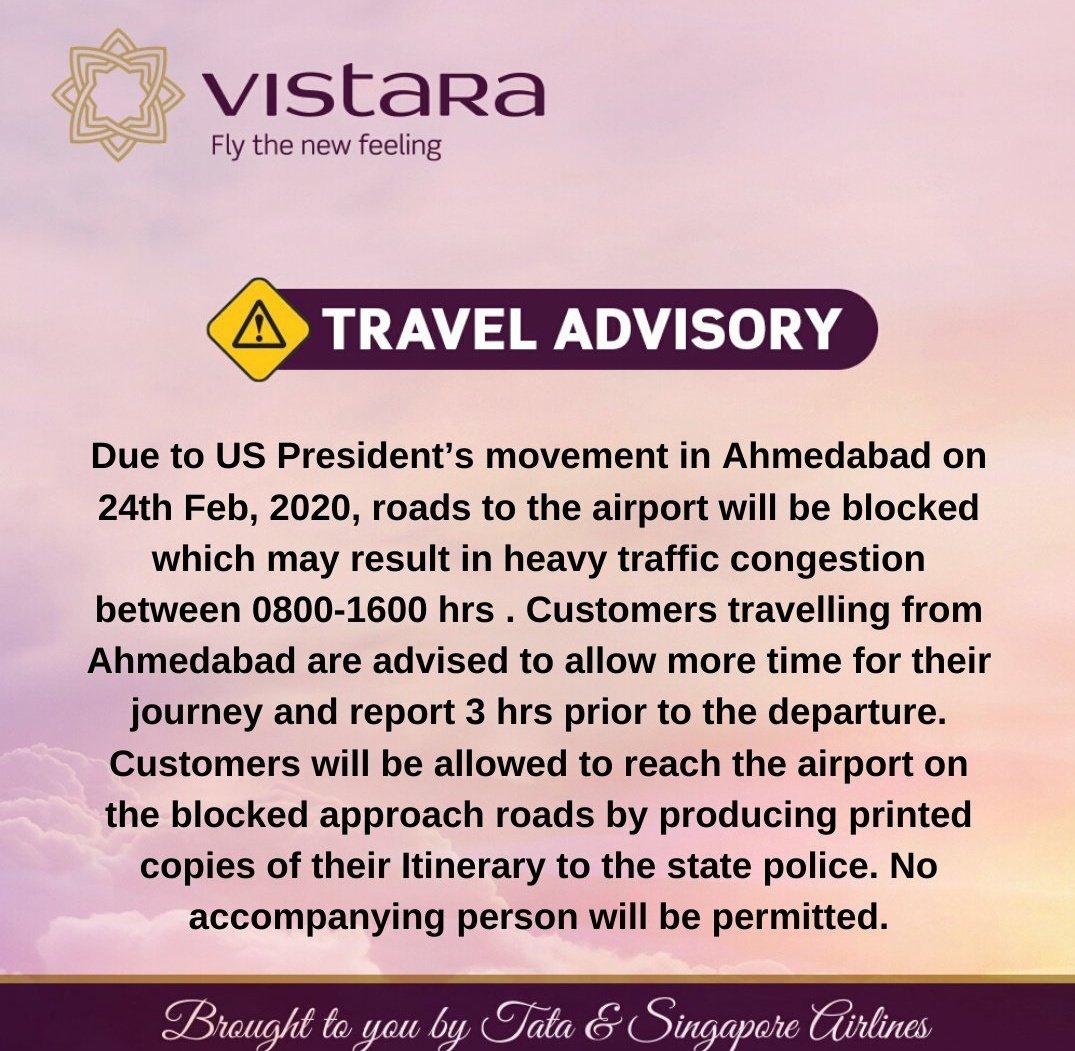 The massive police deployment is in addition to officials of the United States Secret Service, and India's elite National Security Guards (NSG) and Special Protection Group who would also be guarding the US president's visit. The Secret Service agents along with other US security personnel have already arrived with their equipment and vehicles in at least four cargo planes during the last one week.

On Monday, President Trump and Prime Minister Modi will take part in a 22-km roadshow from the Ahmedabad international airport. Then they will proceed for the 'Namaste Trump' event at the newly built Sardar Patel Stadium in the city's Motera area, where over one lakh people are expected to be present.

The US president will later fly down to Agra. He would then depart for Delhi. On the morning of February 25, the US president and first lady Melania Trump will be accorded a ceremonial welcome at the forecourt of the Rashtrapati Bhavan. From there, they will go to Raj Ghat to pay homage to the 'samadhi' of Mahatma Gandhi. It will be followed by restricted and delegation-level talks between Trump and Modi at Hyderabad House.