The World Health Organisation considers Hunger to be the single greatest threat to global health. Countries across the world are searching for various ways to end hunger within their own borders, and India is no different. India accords high priority to the issue of hunger and malnutrition and the government implements several schemes to improve food situation in the country. One example of this is the Mid Day Meal scheme which feeds students in government-run and government-aided schools.

It’s not just the government though, who has taken on the cause of eliminating hunger in India. Common citizens too have taken it up, and have started various NGOs and Initiatives to do so. One of them is the Food For Hungry initiative, which is the social service vertical of the Pranic Healing Foundation.

Who are Food For Hungry and what do they do?

MCKS Food For Hungry foundation was established in 2005 by Grand Master Choa Kok Sui. His vision was to make a hunger free India, where all citizens would be ensured food and livelihood security and ensure themselves a dignified existence. Food For Hungry ( FFH ) Foundation’s ultimate goal is to work towards ensuring that every citizens gets the Right to Food through a national legislation the Zero Hunger Act.

And, they’re doing just that. In Jamshedpur, the foundation has tied up with two hospitals, the MGM Hospital and the MEHERBAI TATA MEMORIAL (CANCER) Hospital. These hospitals cater to scores of poor patients. People come to these hospitals from remote villages and towns for their treatment. They are often accompanied by their loved ones. Depending on the nature of their treatment, many of these patients and their attendants are forced to camp out at the hospital itself until their treatment is done to save on expensive lodging and food costs.

The Food For Hungry team has taken it upon themselves to at least ease one of their burdens. They now distribute food to all patients and their attendants at both the hospitals on a daily basis for free. An enthusiastic team of volunteers serve these meals, which usually comprise rice, dal, puri, vegetables, and halwa to around 200 or more people each evening. 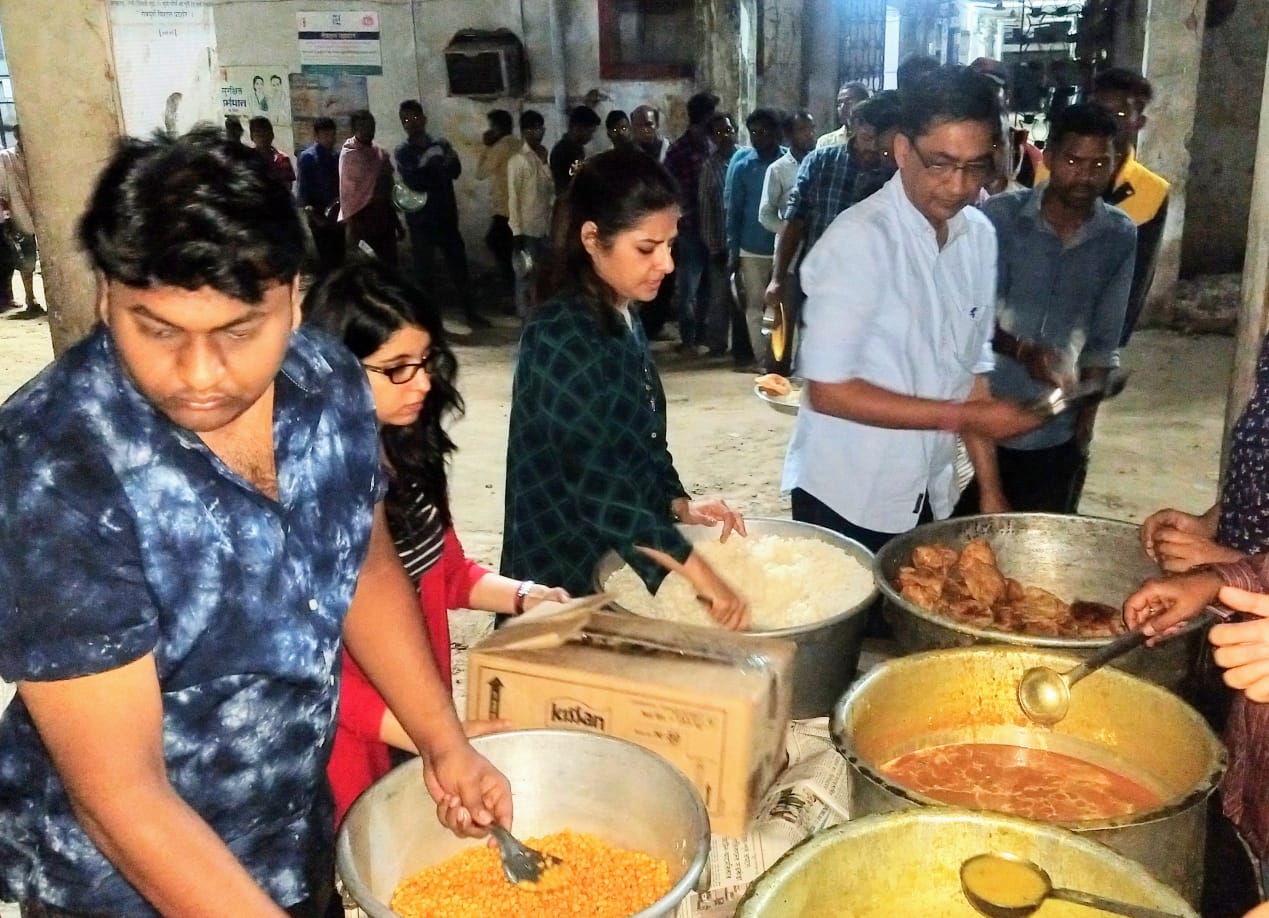 All meals are sponsored

Not everyone can go out and volunteer. However, many people can sponsor a good cause, and more than often do. Be it as a unique way to celebrate their birthday, an anniversary, an occasion of any sort, or just because they want to. All of the meals that the Food For Hungry volunteers provide to the needy patients and their attendants are sponsored.

It’s not just about food

Apart from various food distribution projects, the Food For Hungry team also have other initiatives since their inception in 2016. They have undertaken several projects in the fields of education, women's programs, medical treatments, skill development, and also sponsored the diagnostic costs for 30 cancer patients till now.