Republic Media Network has accessed the NCP-Congress-Shiv Sena alliance's Common Minimum Program which highlights how the alliance plans to govern Maharashtra. As it can be seen in the document, farmers are the number one priority for the Maha Vikas Aghadi alliance. NCP leader Jayant Patil stated, "We are committed for farm loan waiver and we shall do it."

The Common Minimum Program for the farmers 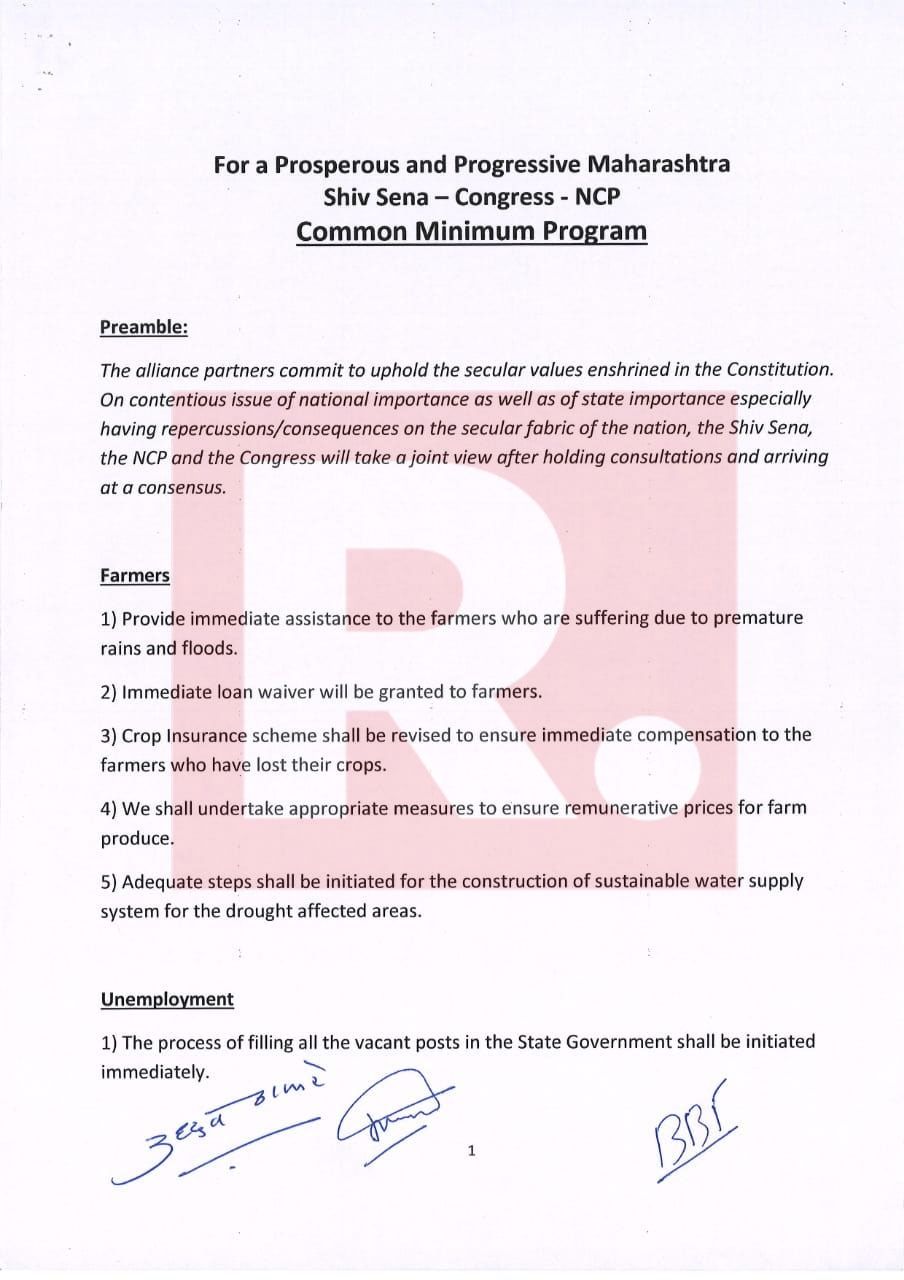 On Tuesday, the Maha Vikas Aghadi alliance comprising the Shiv Sena, Congress, and the NCP staked claim to form the government under the leadership of Uddhav Thackeray. The Shiv Sena supremo’s swearing-in ceremony will take place at Shivaji Park at 6.40 pm.

Since none of the major political parties could garner enough numbers for government formation, President's Rule was imposed in Maharashtra on November 12. Hectic parlays had been going on in the NCP, Shiv Sena, and Congress camps to forge a post-poll alliance in the State. However, Ajit Pawar's decision to ally with the BJP to form the government on November 23 stumped the opposition. On Monday evening, Shiv Sena, Congress, and NCP paraded its 162 MLAs in the Grand Hyatt hotel. After the Supreme Court ordered an immediate floor test on Wednesday, Ajit Pawar put in his papers. He was followed by Devendra Fadnavis who too announced his resignation.

Addressing the media on Tuesday, NCP leader Praful Patel said that there would only be one Deputy CM in the government, who will be from NCP. Moreover, the Speaker's post will go to the Congress party. Meanwhile, Worli MLA Aaditya Thackeray personally invited Congress president Sonia Gandhi and former Prime Minister Manmohan Singh to his father's swearing-in ceremony.

READ | 'We Will Not Comment...' Says Majeed Memon On The Maha Vikas Aghadi Alliance's Ideology