In yet another set back to the Union territory of Jammu and Kashmir, the administration has extended the ban on high-speed internet till May 11, 2020. 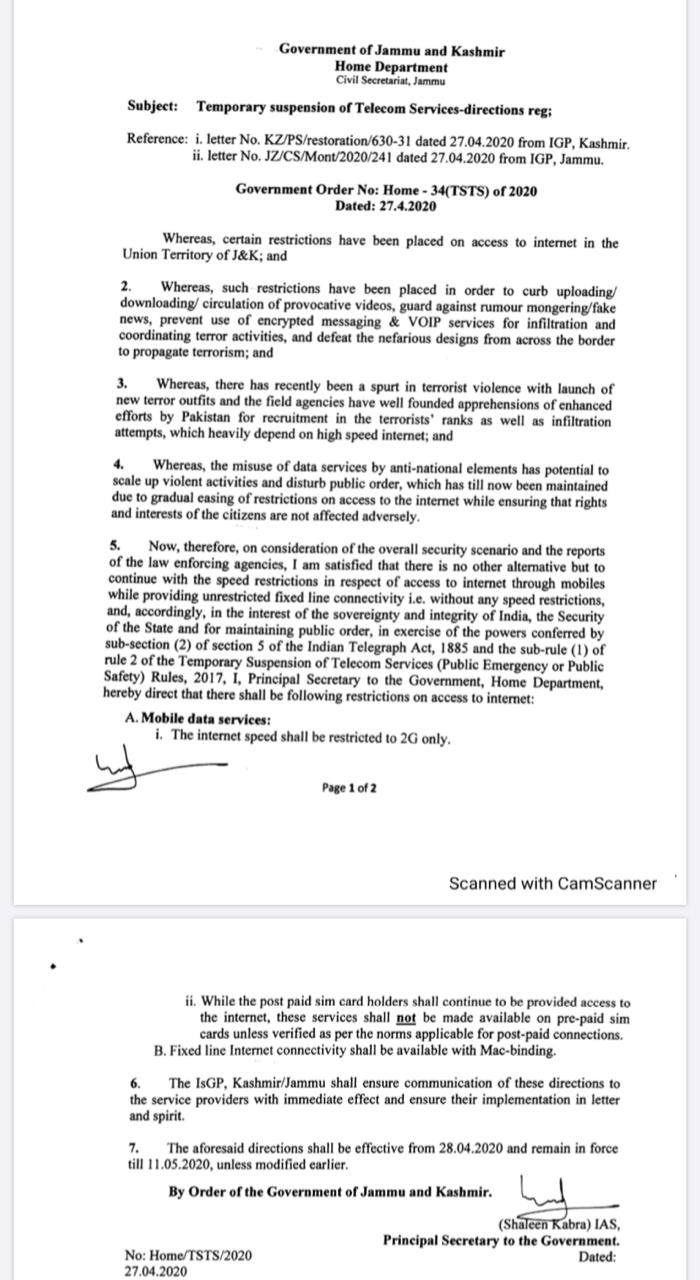 Restrictions have been put on communication links since August 5 in Jammu and Kashmir, these were subsequently eased, after Supreme Court upheld that the continued ban on internet was 'violation of freedom of expression'. Since the revocation, state-run internet provider BSNL has restored internet services throughout the Kashmir valley, but with a speed of 2G with special instructions. The temporary ban on social media sites was removed in March, however, complaints of inaccessibility persisted.

While former chief ministers Farooq Abdullah and Omar Abdullah have been released from detention among several other political leaders, Mehbooba Mufti, Shah Faesel and others continue to be detained under the draconian Public Safety Act (PSA) by the Jammu-Kashmir administration for over seven months now. Apart from these security restrictions, the Valley is also under COVID-19 lockdown as 546 cases have been reported with 7 deaths till date.

On April 1, the Centre issued a gazette notification defining the domicile of the newly bifurcated Union Territory of Jammu & Kashmir. It states that a domicile of J&K is one 'who has resided for 15 years in J&K, or has studied for 7 years and appeared in Class 10/12 exam in J&K, or is registered as migrant by the Relief and Rehabilitation Commissioner.' The order also includes “children of government employees who have served in Jammu and Kashmir for a total period of ten years or children of parents who fulfil any of the conditions in sections”. The Centre had abrogated Article 370 & Article 35 A which defined the permanent residents of the erstwhile state of Jammu and Kashmir.