On Wednesday, JNU registrar Dr. Pramod Kumar filed an FIR at the Vasant Kunj North police station regarding the vandalization of the V.D. Savarkar Marg signage.

On Wednesday, JNU registrar Dr. Pramod Kumar filed an FIR at the Vasant Kunj North police station regarding the vandalization of the V.D. Savarkar Marg signage. The board was blackened and a poster of Muhammad Ali Jinnah was put up on the signage. The police has registered an offence under Section 3 of the Delhi Prevention of Defacement of Public Property Act, 2007 and Section 427 of the Indian Penal Code.

Delhi: FIR for defacement of public property has been filed at Vasant Kunj North Police Station, in connection with JNU (Jawaharlal Nehru University) case in which VD Savarkar Marg signage at JNU was vandalised yesterday; BR Ambedkar's name was spray painted on it.

As per the registrar, the incident took place on the morning of March 17. However, the miscreants responsible for the same have not been identified yet. Subsequently, the JNU administration restored the road signage bearing Veer Savarkar’s name and deployed round the clock security personnel at the spot. The registrar stated in the FIR that the atmosphere on the JNU campus had become tense due to this incident. 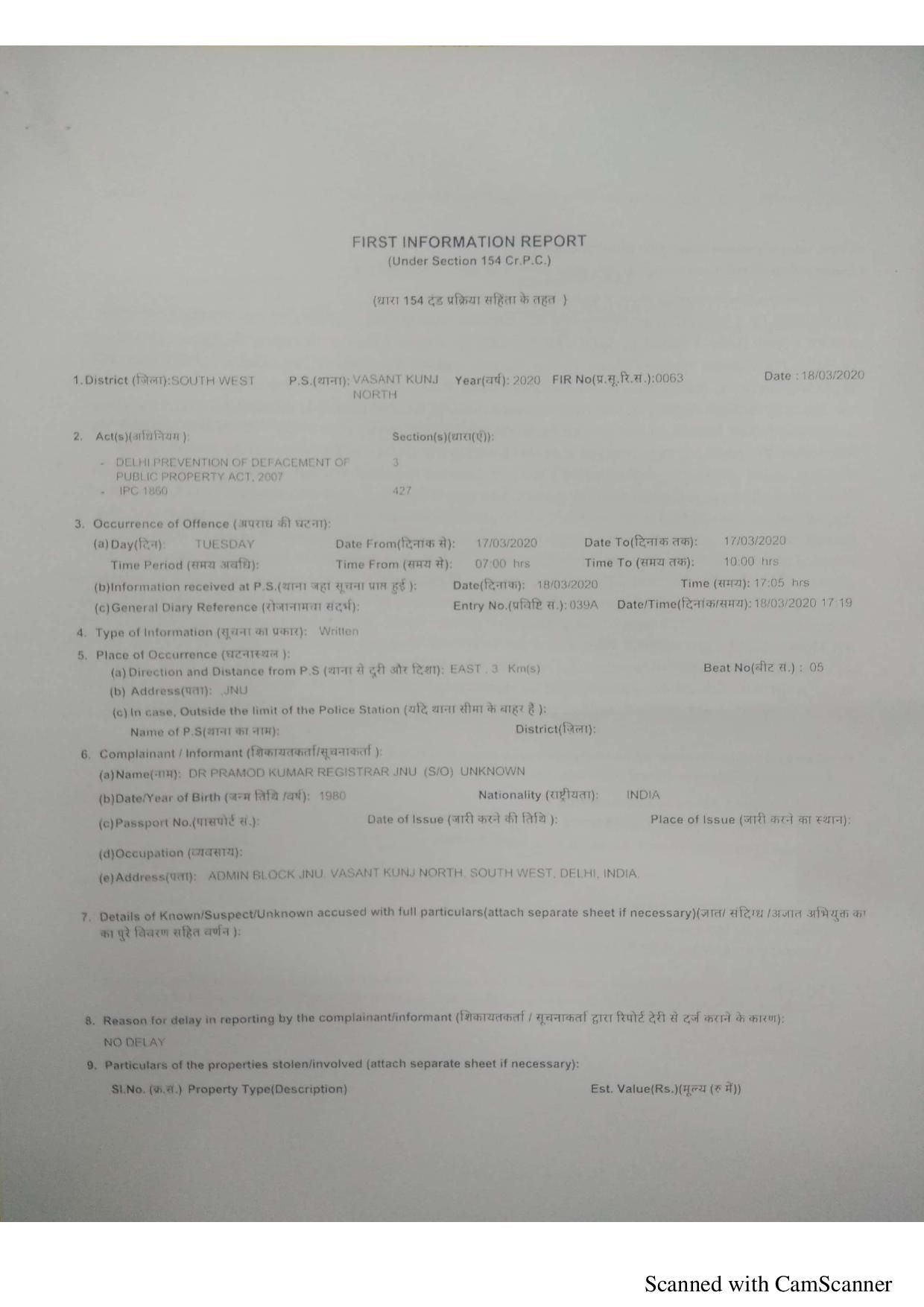 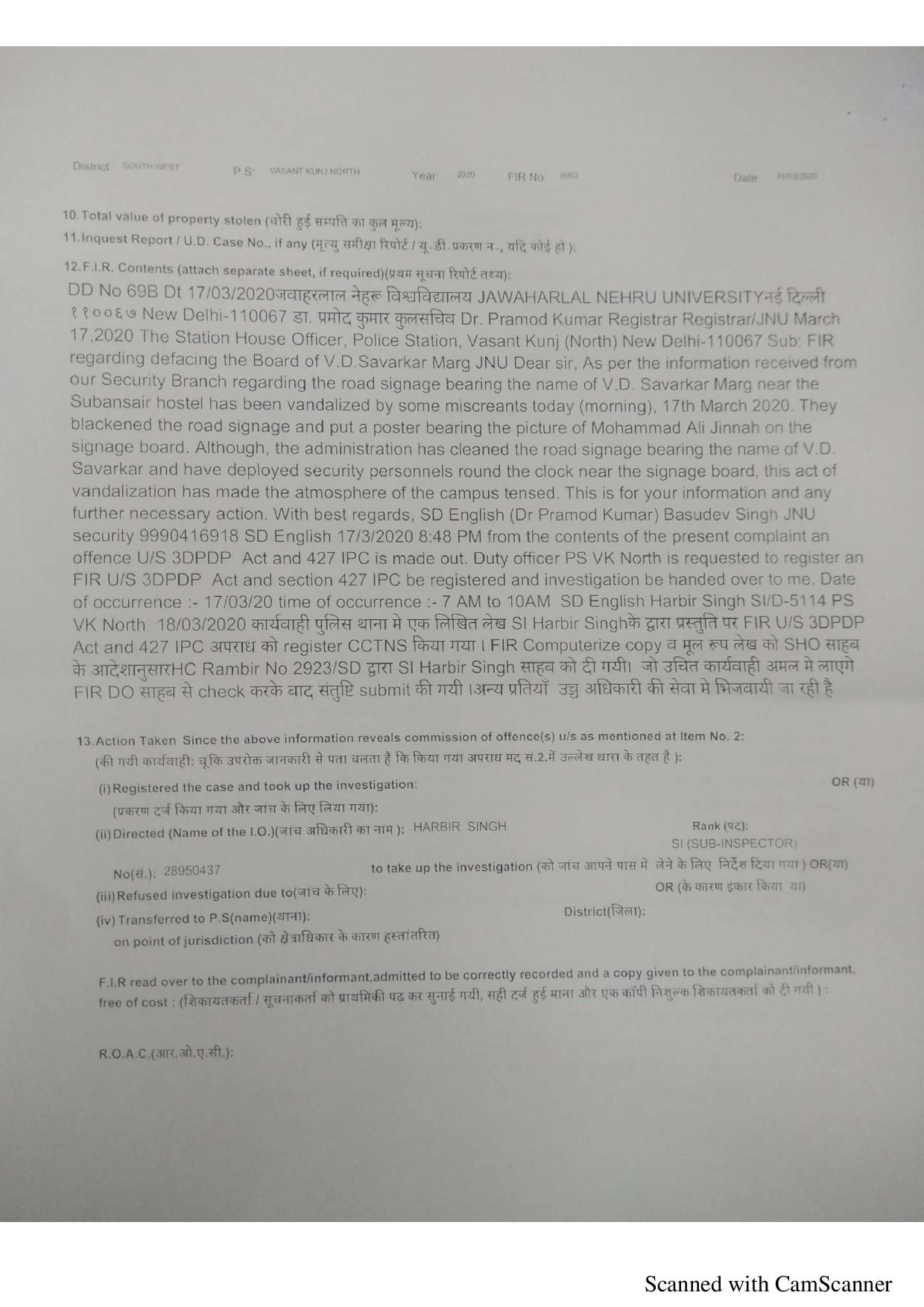 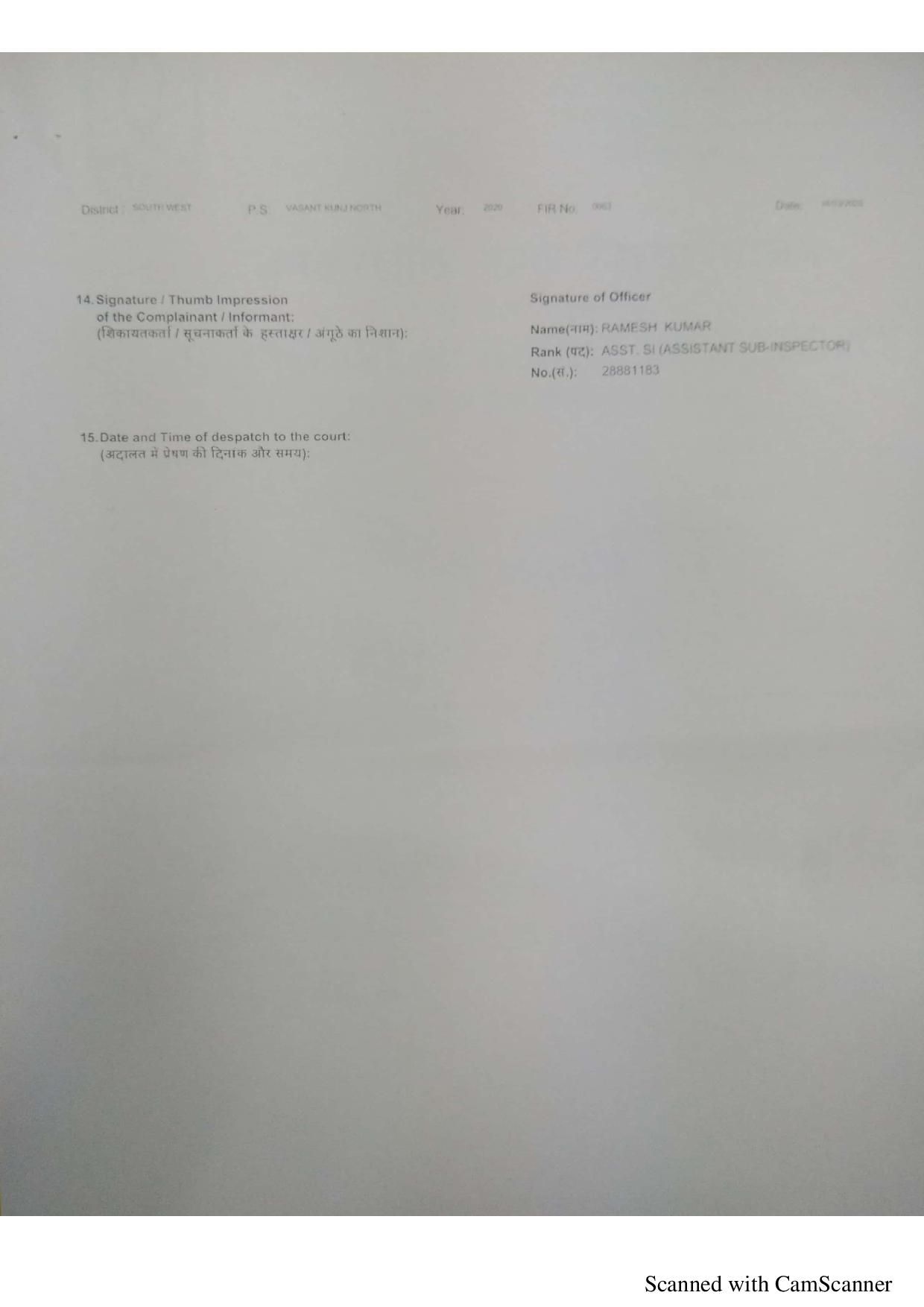 Aishe Ghosh puts up signage with 'BR Ambedkar' scribbled on it

The road signage bearing Veer Savarkar’s name was erected in the Purvanchal area of the JNU campus on March 15. This sudden move to place a new road sign near the Subansir hostel drew mixed reactions. While the ABVP wholeheartedly welcomed the move, JNU Students’ Union president Aishe Ghosh termed it as “a shame to the legacy of JNU”. Incidentally, Ghosh took to Twitter on Monday night and posted a picture of the same road sign with ‘BR Ambedkar’ scribbled on it. According to her, the students could never accept “stooges of the British”.

We can never ever accept apologists and stooges of the British who undermined our secular fabric. Let's respect those who gave us our constitution. #NoToSavarkar pic.twitter.com/kSKGaNppX5