All government and private educational institutions in Kargil will remain close till 22 March. On Sunday, the administration of union territory of Ladakh issued the order and stated that government district colleges and polytechnic college, ITI, JNV and Kendriya Vidyalaya shall also remain closed. The latest development came after a 76-year-old man who recently returned from Iran died in Ladakh after showing symptoms of Coronavirus.

As per reports, Mohamad Ali, a former policeman was admitted to hospital on Saturday night after showing conditions linked to coronavirus. Mohamad Ali's death has reportedly prompted authorities to take the action. In the official order issued by Baseer-ul-Haq Choudhary, the Deputy Commissioner of Ladakh Autonomous Hill Development Council (LAHDC), Kargil stated that the winter vacation in the recently created union territory has been extended. However, the official order has no mention of coronavirus as a reason for the prompt action. 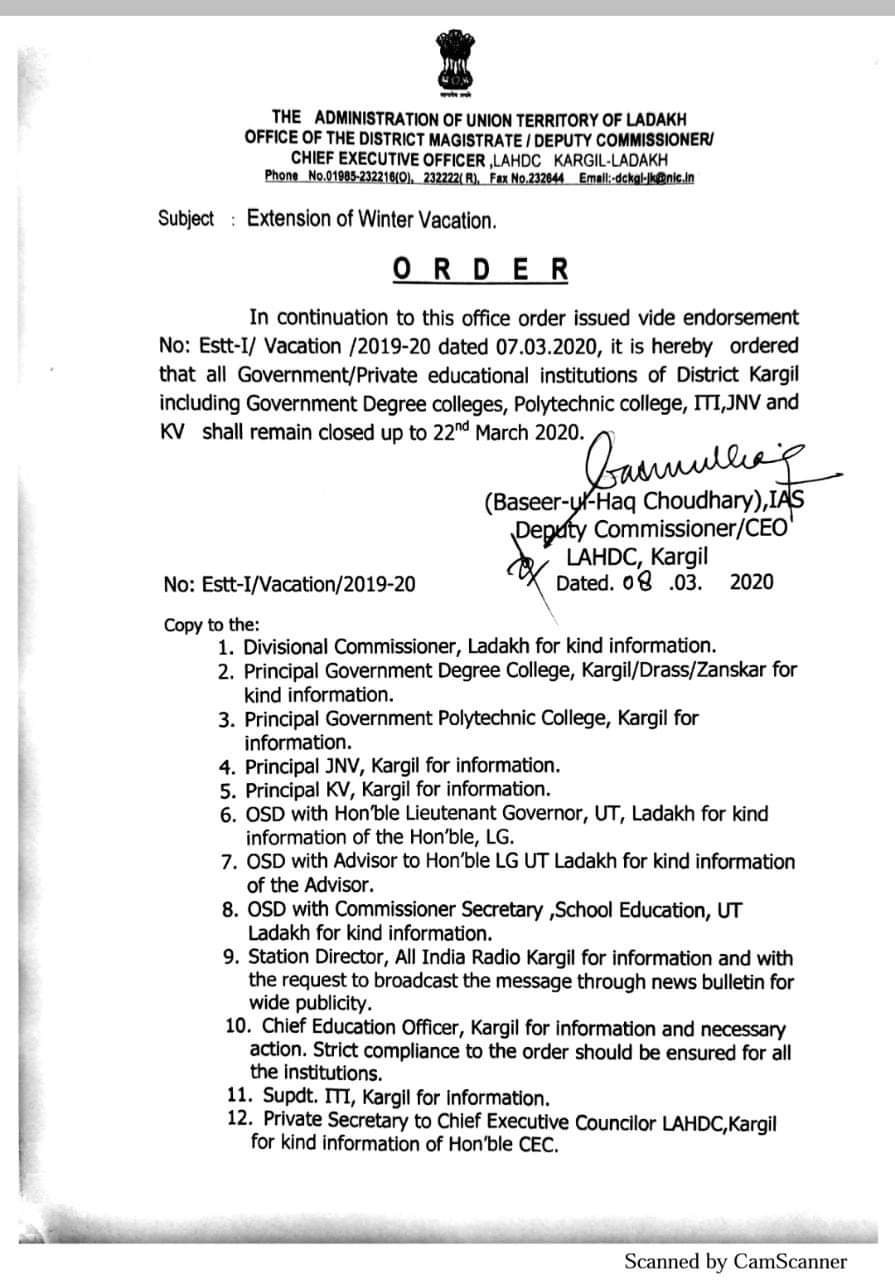 India has so far reported 40 coronavirus cases with six of them discovered in the last 24 hours. As per reports, there are 37 active COVID-19 cases in the country and the total recovered patients tally stands at 3. The health ministry has advised people against mass gatherings to avoid the spread of the deadly virus in the country.

The novel coronavirus, also known as COVID-19, has claimed more than 3,800 lives across the globe and has infected over 1,09,000 people around the world since it first broke out in December 2019. China is the most affected country in the world as experts believe that the virus originated from a seafood market in Wuhan city, the epicentre of the disease, where animals were being traded illegally as per reports.

According to the latest reports, at least 500 people have died outside mainland China, which makes it the worst disease outbreak of the 21st century. Italy, Iran and South Korea are the most affected countries besides China, where 366, 194 and 50 people have died respectively as of March 8. Italy reported over 133 deaths in a single day on March 8 since the outbreak escalated in the country.