The total number of Coronavirus patients in Maharashtra rose to 89 with 15 more positive cases reported in the last 24 hours. The death toll in state rose to 3

The total number of Coronavirus patients in Maharashtra rose to 89 with 15 more coronavirus positive cases reported in the last 24 hours. Meanwhile, the state also reported a death due to the deadly disease taking its tally to three and overall eight in India. A 68-year old Philippines citizen passed away on Sunday night.

He was admitted on 13th March with symptoms

He was initially tested positive but subsequently became negative. He was shifted from Kasturba to a private hospital. According to an official press update, he was a case of Diabetes mellitus and Asthma. He was admitted on 13th March with symptoms. He had developed acute renal failure and respiratory distress, the release said. Of the new cases in the state, 14 are in Mumbai and one in Pune. 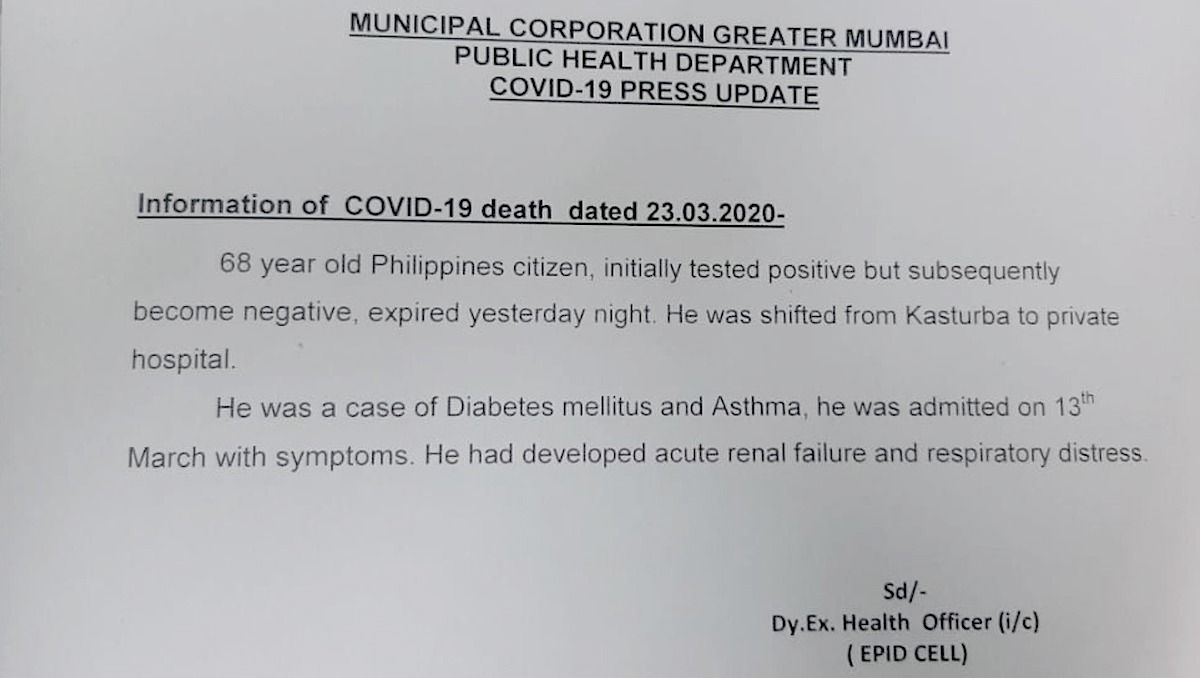 A total of 396 individuals have so far been confirmed positive in India, according to the latest update by the Indian Council of Medical Research (ICMR). According to Union Health Ministry data, Maharashtra has reported the highest number of COVID-19 cases at 89, followed by Kerala at 52.

Multiple states and over 100 cities across the country are in lockdown till March 31. Rajasthan, Punjab, Bengal and many other states have announced state-wide lockdown. Indian Railways has stopped all passenger train services till March 31. In this period, goods services will keep on running. Metro and suburban train services have also been restricted in many cities including Delhi, Mumbai, Kolkata, Lucknow, Chennai, Bangalore, etc.

During the lockdown, state administrations have been advised to keep the essential services running. Hospitals, medical stores grocery and vegetable shops are asked to function normally.