Lakhimpur-Kheri violence | MoS Ajay Mishra To Visit Delhi, Says 'have Not Been Summoned By High Command'

His visit to Delhi follows the October 3 clashes that broke out in UP's Lakhimpur-Kheri, where eight people including four farmers were killed. 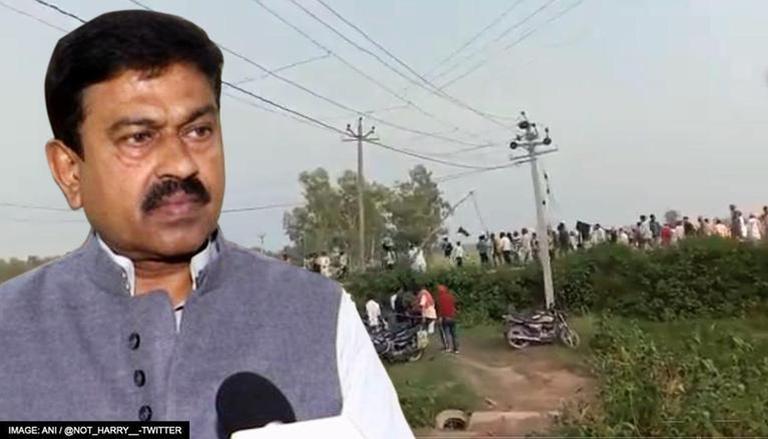 
Embroiled in the Lakhimpur-Kheri violence case, Union MoS Home Ajay Mishra Teni on Wednesday announced that he will visit the national capital in the next few days. The leader however denied being summoned by the BJP high command, saying that he was visiting Delhi to attend to work that had been lined up. His visit to Delhi follows the October 3 clashes that broke out in UP's Lakhimpur-Kheri, where eight people including four farmers were killed.

Speaking to news agency ANI, Ajay Mishra Teni said, "The party high command has not summoned me. I will be reaching Delhi by tonight or tomorrow as I have few works lined up."

Mishra further reiterated that his son Ashish Mishra, who has been accused of opening fire on farmers, was not even present at the site of the violence. He asserted that while he had expressed his sympathies to those who had lost their lives, it was important to carry out an unbiased probe into the matter. "My son wasn't there in the car. After the car was attacked, the driver was injured, the car lost its balance and ran over a few people present there. I've expressed sympathies towards those who've lost their lives. There should be an unbiased probe," said the MoS Home.

The entire audio is not being played. I have never said any ill words against the farmers: MoS Home Ajay Mishra Teni

On Tuesday, Ashish Mishra broke his silence on the Lakhimpur-Kheri violence when confronted by Republic Media Network. Ashish claimed that he was not present at the site of the incident, as was continuously being stated by the Opposition. His statement came after a video of the Lakhimpur-Kheri violence was shared by opposition parties including Congress and AAP on social media. The 29-second video shows a car travelling at high speed mowing down farmers who are protesting.

"I was not there on the site of the incident, and I have evidence for the same. I was in my village- Balbirpur where an event of Dangal was organized. I was there from morning till late in the evening- until the event was over," Ashish Mishra said, adding that over 3,000 people had taken part in the event. "They were all recording videos. We have enough proof with us to prove that I was not there," he said.

The Yogi Adityanath-led government has formed a Special Investigation Team (SIT) comprising six members to investigate the incident. An FIR has been filed against both Ajay Mishra and his son.