No Ganga Aarti Without Permission; VMC To Monitor Ghats As 1038 New Platforms Commissioned

Varanasi district administration has prohibited social organisations or even individuals from performing 'Ganga Aarti' at ghats without prior permission of VMC. 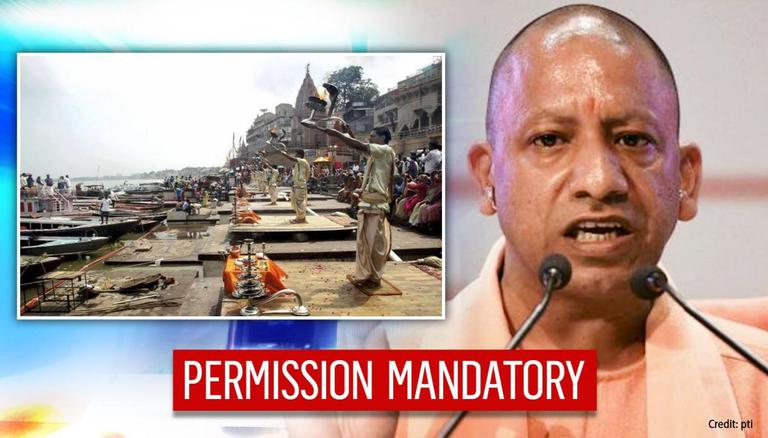 District magistrate Kaushal Raj Sharma has asked the municipal authorities to prepare records of the Ganga aarti and complete the registration process by the end of March. After that, no activities would be allowed on the ghats without the registration and prior permission of the VMC.

In a letter to VMC, Sharma said the Ganga riverfront is public property, owned by the state government and looked after by the Municipal Corporation. Noting that some people indulge in disputes over-performing Ganga Aarti, he ordered VMC to make specific regulations for organising aarti along the ghats.

The VMC should register the aarti organisers with the allotment of space, which will be renewed every year, he said, adding that no individual or organisation will be allowed to perform aarti without the VMC's permission. He also directed the VMC to appoint a nodal officer to look after the whole process.

Ganga Aarti has been one of the most mesmerising attractions for people coming to the state for religious purposes. Aiming to turn Uttar Pradesh into a major religious tourism destination, the state government has decided to build 1,038 new Ganga aarti platforms along the river in Bijnor and Ballia districts.

The government led by Chief Minister Yogi Adityanath is going to build 1,038 new aarti platforms from Bijnor to Ballia districts, turning them into major spots of religious tourism. The new aarti sites will be constructed in the villages falling in a radius of 5 kilometres of the Ganga river from Bijnor to Ballia. The Ganga aarti will take place on the basis of public participation and will be performed at a fixed time every day.