A video of a man singing a song and playing the Harmonium along with a dog has taken the internet by storm. Netizens amazed to see the dog's singing skills.

A video of a man singing a song and playing the Harmonium along with a dog has taken the internet by storm. In the viral clip, the four-legged animal can be seen singing along with the man. The man and the dog can be heard singing the famous Ranu Mondal and Himesh Reshammiya's song 'Teri Meri Kahani' from the film 'Happy Hardy and Heer'. Once the video was shared on social media, internet users quickly took to the comment section to drop their views.

READ: Dog-friendly Day Trips From LA That Every Dog Owner Should Know About

While several netizens were amazed by the dog's skills, others poked fun at the whole situation. The now-viral clip has already received millions of views and thousands of likes. The 30-second video has also been shared almost 36,000 times. Many Facebook user left hilarious comments. One user wrote, “Even the dog is irritated with the song”. Another user wrote, “It's asking to stop dude. Not encouraging”. One Facebook user also wrote, “That dog is annoying to harmonium sound.. Poor dog trying to stop him”. 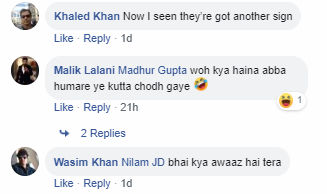 In another incident, a Catahoula and Blue Heeler mix dog has been learning how to talk from her owner and has already learned 29 different words. Stella, the 18-month-old has been reportedly training with her owner, Christina Hunger and learning how to talk with the help of a soundboard. The California resident started using the technology when the dog was just eight weeks old and has been keeping track of her pet's progress on Instagram and her blog, 'Hunger for Words'.

Hunger in an Instagram post said, “Stella adapts her message when she isn’t feeling understood, just like we all do! If someone doesn’t understand us or we don’t get the response we were expecting, we change the words we’re using to explain ourselves better.”