Arjun Kapoor shares a video of his sister Anshula Kapoor’s pet Maximus' antics. A look at what he has to say about Maximus, while Anshula is away for some days

Bollywood siblings Arjun Kapoor and Anshula Kapoor have time and again shared videos of themselves on their respective social media handles, showcasing their love for each other. Their fun-loving banter is quite evident through their posts. According to Arjun Kapoor's Instagram update, sister Anshula has jetted off to an unknown destination for some days. While Anshula is not present at home, Arjun proved to be the doting and caring brother, taking up the responsibility of looking after Anshula’s pet dog- Maximus. Arjun is having a gala time with Maximus, as seen in his stories. Here's all he has to say about his experience.

Currently, Arjun Kapoor's Instagram is all about his experience with sister Anshula's dog Maximus. On Thursday night, the Panipat actor took to his Instagram to share a few pictures and videos of Maximus and his antics have won the hearts of fans. In the videos shared by Kapoor, Arjun can be seen calling out to Maximus a couple of times, but the latter shows no signs of interest. Arjun, in the caption, says that Maximus thinks he is a paying guest living in Anshula's apartment. Later, in the next video, Maximus jumps over Arjun and shows his love by licking him. As part of his caption, he wrote, "The chronicles of Maximus !!! He’s definitely got direction dyslexia, confused about being camera shy or not, licks any form of skin available & has agreed to spend with me who he thinks is a paying guest in HIS apartment cause @anshulakapoor s away for a few days... #maximuskapoor #studmuffin #lazyass."

Marriage not on the cards yet, Malaika Arora and Arjun Kapoor to take 'one step at a time'

Arjun Kapoor also shared some more pictures of Maximus on his Instagram story. While in one, Maximus is seen making a sad face where Arjun presumes he might be missing Anshula, in another picture, Maximus is seen giving a look to Arjun. He captioned the photo saying, ‘This child ain’t a listener fosho !!!’ Have a look: 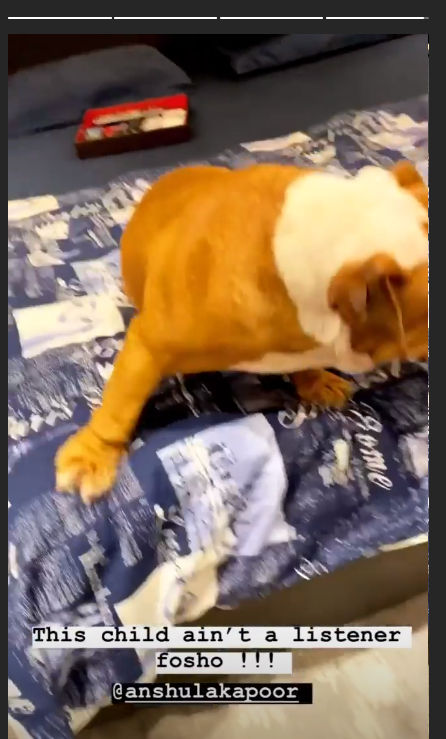 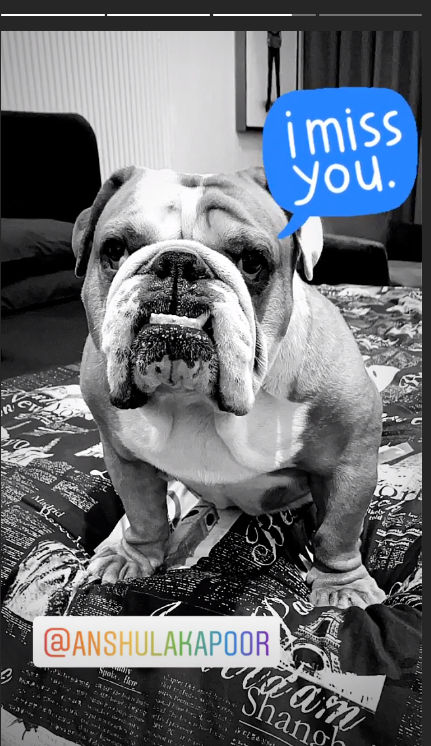 Celeb Gym Looks Of 2019: See How Malaika Arora And Other Celebs Slay In Their Gym Outfits