The hoardings displayed names, photos, and addresses of more than 50 people who were suspected of violence. The HC stated that it was against personal liberty

The Allahabad High Court on Monday ordered the Uttar Pradesh government to remove all hoardings which displayed the personal details of those suspected for violence during the Citizenship Amendment Act (CAA) protests in the state. The hoardings displayed the names, photos, and addresses of more than 50 people who were suspected of violence, in a naming-and-shaming exercise.

The bench, led by Chief Justice Govind Mathur and Justice Ramesh Sinha also ordered District Magistrate and Lucknow Divisional Commissioner of Police to submit a compliance report with the Registrar General of the Hight Court by March 16. 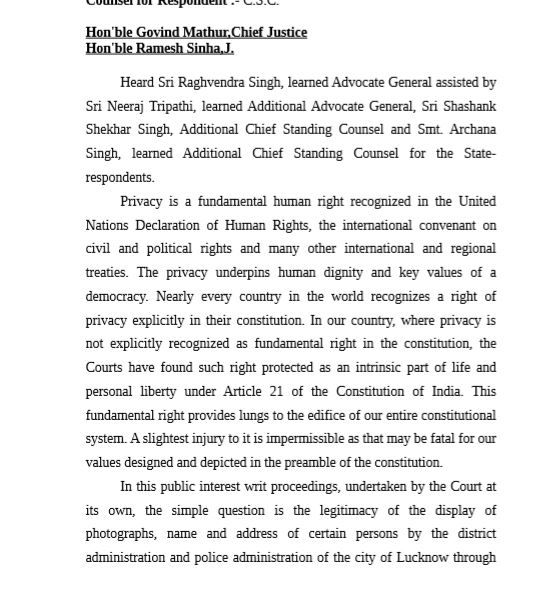 READ: Allahabad HC Stays Order Allowing Recovery Of Damages For Vandalism From 4 By UP Govt Activist Deepak Kabir has said that the hoardings put up by the government bearing names of anti-CAA protesters are creating an atmosphere of fear. Speaking to ANI, he said that people whose names are mentioned in posters can be lynched anywhere.

"It is shameful. There was no need for that. The government is creating an atmosphere of fear. People whose names are mentioned can be lynched anywhere. The environment after Delhi violence is not safe. Government is putting everyone at risk," Kabir added.