In a major development in the Delhi riots case, the police have filed the first chargesheet naming accused Shahrukh Pathan who had allegedly fired on police 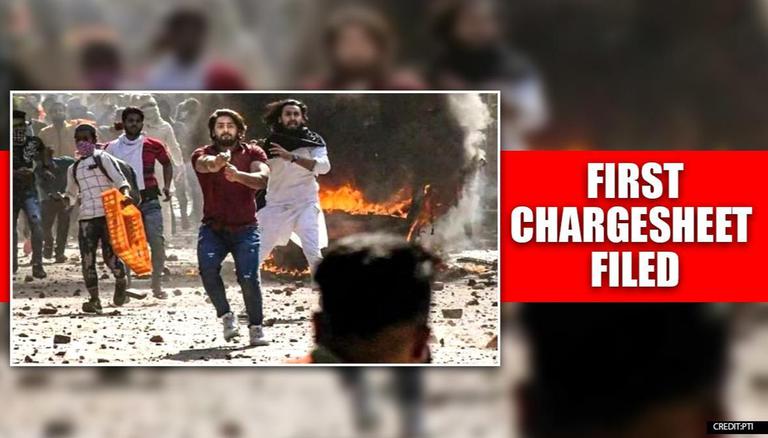 In a major development in the Delhi riots case, the police have filed the first chargesheet naming accused Shahrukh Pathan who had allegedly fired on head constable Deepak Dahiya and others on 24 February, as per sources.  Pathan was the first person to be arrested in connection to the riot case. North East Delhi had witnessed bloody riots for 3 days between CAA and anti-CAA supporters, killing 53 in total - including an IB officer and a head constable and injuring over 200.

The police have also named Kaleem Ahmad and Ishtiyak Mallik for aiding Pathan on the spot and sheltering him. A weapon too has been recovered from Pathan with two live rounds. The police have lodged  48 cases and  two SITs constituted by the Crime Branch are probing into it.

UAPA slapped on Umar Kahlid and two other Jamia students

Earlier on April 21, the Delhi police booked former JNU student leader Umar Khalid and two Jamia Millia Islamia students-Meeran Haider and Safoora Zargar under the provisions of the stringent Unlawful Activities (Prevention) Act in connection with the riots in Northeast Delhi. While Haider -  president of RJD youth wing's Delhi unit and Zargar - media coordinator of the Jamia Coordination Committee, have been arrested, Khalid has not been arrested as of yet. They were arrested for allegedly hatching a conspiracy to incite the communal riots in Delhi and are presently in judicial custody. All of them have booked for crimes such as sedition, murder, attempt to murder, promoting enmity between different groups on the grounds of religion and rioting.

Clashes began between pro-CAA and anti-CAA groups as both camps resorted to stone-pelting on February 23 after Shaheen Bagh-like protests started in Jaffrabad and Chand Bagh. The situation deteriorated even as Delhi Police was present at the spot as houses, shops, and buses were burnt. While the Home Minister reviewed the situation on February 24  and 35 - while President Donald Trump visited India, the violence increased killing 53 and injuring over 200.

Delhi CM Kejriwal has offered monetary, medical and home relief to the injured and deceased, while the police have filed 167 FIRs and have arrested or detained 885 people till date. Jaffrabad, Maujpur, Babarpur, Yamuna Vihar, Bhajanpura, Chand Bagh and Shiv Vihar are among the areas mainly affected by the riots. Ex-AAP councillor Tahir Hussain too has been named in an FIR for his alleged involvement in the killing of IB officer Ankit Sharma.