After 'Free Kashmir' poster was spotted in Mysuru during protests on Wednesday evening in the University of Mysore campus, Republic Media Network has exclusively accessed the report submitted by the registrar of Mysore university. The report states that the protest was unauthorised as there had not taken permission either from the university or the local police. It further mentions that notices have been issued to two student organisations for the unauthorised protest. 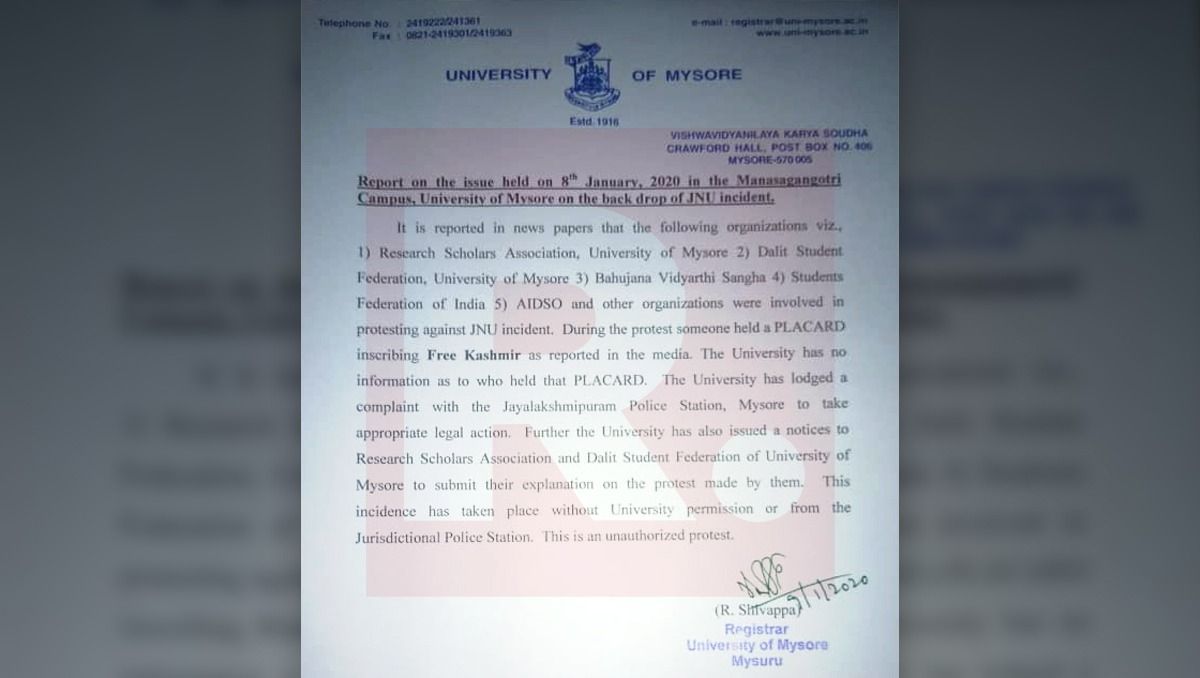 The protests had been called in order to show support for the students of Jawaharlal Nehru University (JNU), who were attacked by masked people on Sunday evening. The protest was initiated by the UoM Researchers Association, Dalit Vidyarthi Okkuta, Bahujan Vidyarthi Sangha, Students' Federation of India, and All India Democratic Students Organisation. The poster was held up for a few minutes but was not spotted later.

This is the third instance when a 'Free Kashmir' has been spotted in the last four days. On Wednesday a 'Kashmir Azad' poster was spotted in at St Stephen's College in New Delhi. The students had decided to show support to the students of JNU. Similarly, a 'Free Kashmir' poster was first spotted in Mumbai on Monday, whilst thousands gathered to protests against police inaction and the attack on JNU students by unidentified masked assailants.

The woman, however, later clarified that she was talking about the internet shutdown. After the incident, the Mumbai Police filed an FIR against the woman identified as Mahek Mirza Prabhu. The FIR was filed at the Colaba police station. As per Republic sources, the FIR has been filed under Section 153B. However, the Police have still not called her for a statement.

Mehak Mirza Prabhu posted a video on YouTube where she said that her act was "misinterpreted". In her video, she stated that her message was meant to draw focus on the five-month-long Internet blockade in the region. She also stated she is a native of Maharashtra and not of Kashmir.