Mumbai-based lawyer - Ghanshyam Upadhyay, on Friday, has moved the Bombay High Court seeking the transfer of the Palghar mob-lynching investigation to the NIA

In a further development in the Palghar mob-lynching case, a Mumbai-based lawyer - Ghanshyam Upadhyay, on Friday, has moved the Bombay High Court seeking the transfer of the investigation into the case to the National Investigation Agency (NIA). The plea states that the petitioner - a follower ‘Vaidik Sanatan Dharm’ has been pained by the brutal murder of the two Hindu saints and their driver. Quoting the Bhima Koregaon incident, the petitioner has expressed the inability of the state CID to investigate the case, due to the alleged involvement of policemen in the crime. 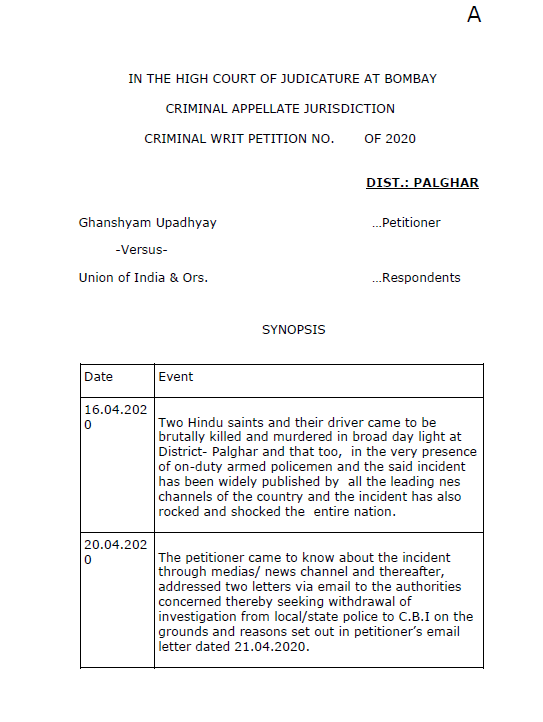 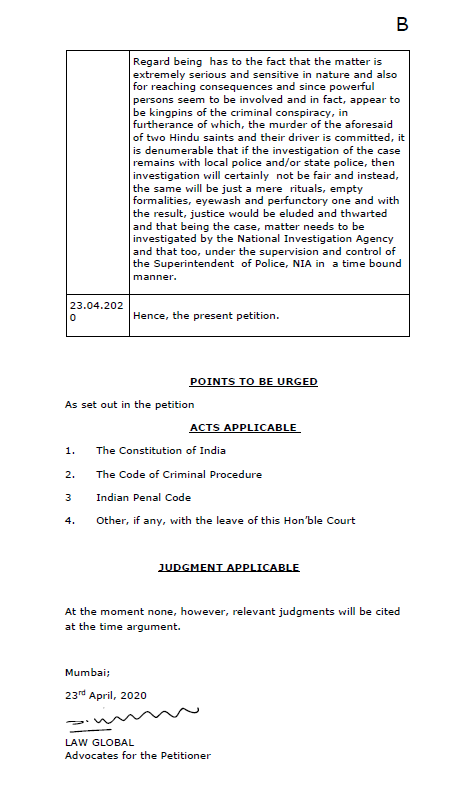 What is the Palghar lynching case?

On last Thursday night, three men - identified as Sushilgiri Maharaj, Chikne Maharaj Kalpavriksha Giri, and Nilesh Telwade, were allegedly lynched to death by a mob of 200 people in Gadchinchle in Maharashtra's Palghar district, as they were suspected to be thieves. Sources said that the three men reportedly from Nashik were travelling in a car, last Thursday, when they were stopped by a group and attacked. The mob reportedly pelted stones at the victims' car, before all three men were pulled out of the car and beaten with sticks and rods.

Sources state that a police vehicle from Kasa police station was also attacked and policemen were beaten up. Kasa police have arrested 101 in connection to the case and suspended two police personnel present on site. After ordering a high-level probe, the state Home Ministry has transferred the case to the state CID. Moreover, CM Uddhav Thackeray has warned action against those communalising the issue, while Home Minister Anil Deshmukh has stated that all suspects belonged to the same religion of the victims - dismissing a communal angle to the assault.