In a big development on Saturday, Madhya Pradesh CM Kamal Nath wrote to Union Home Minister Amit Shah seeking his intervention in the safe return of 22 Congress MLAs allegedly held captive in Bengaluru. He contended that this would ensure that the MLAs will be able to discharge their duties and responsibilities in the upcoming Assembly session without fear and enticement. Along with the letter, he attached the purported passenger list which according to him proved that the rebel Congress MLAs had travelled along with BJP leaders.

Madhya Pradesh CM Kamal Nath writes to Union Home Minister Amit Shah, requesting him to 'ensure that 22 Congress MLAs who have been kept in Bengaluru, are able to reach Madhya Pradesh safely to participate in Assemby Session which starts March 16, without any fear.' pic.twitter.com/vMZ2ZBPhwL

In the letter, Nath mentioning the sequence of events from March 3 when some MLAs of the ruling coalition were taken away to Manesar. Thereafter, he claimed that the three chartered planes to ferry the dissident MLAs to Bengaluru were arranged by BJP. The MP CM also alleged that the MLAs have been barred from using personal communication devices and cited their similar video statements to press the claim that they were under tremendous pressure. Furthermore, he gave an assurance that the rebel MLAs will be granted full security in MP. 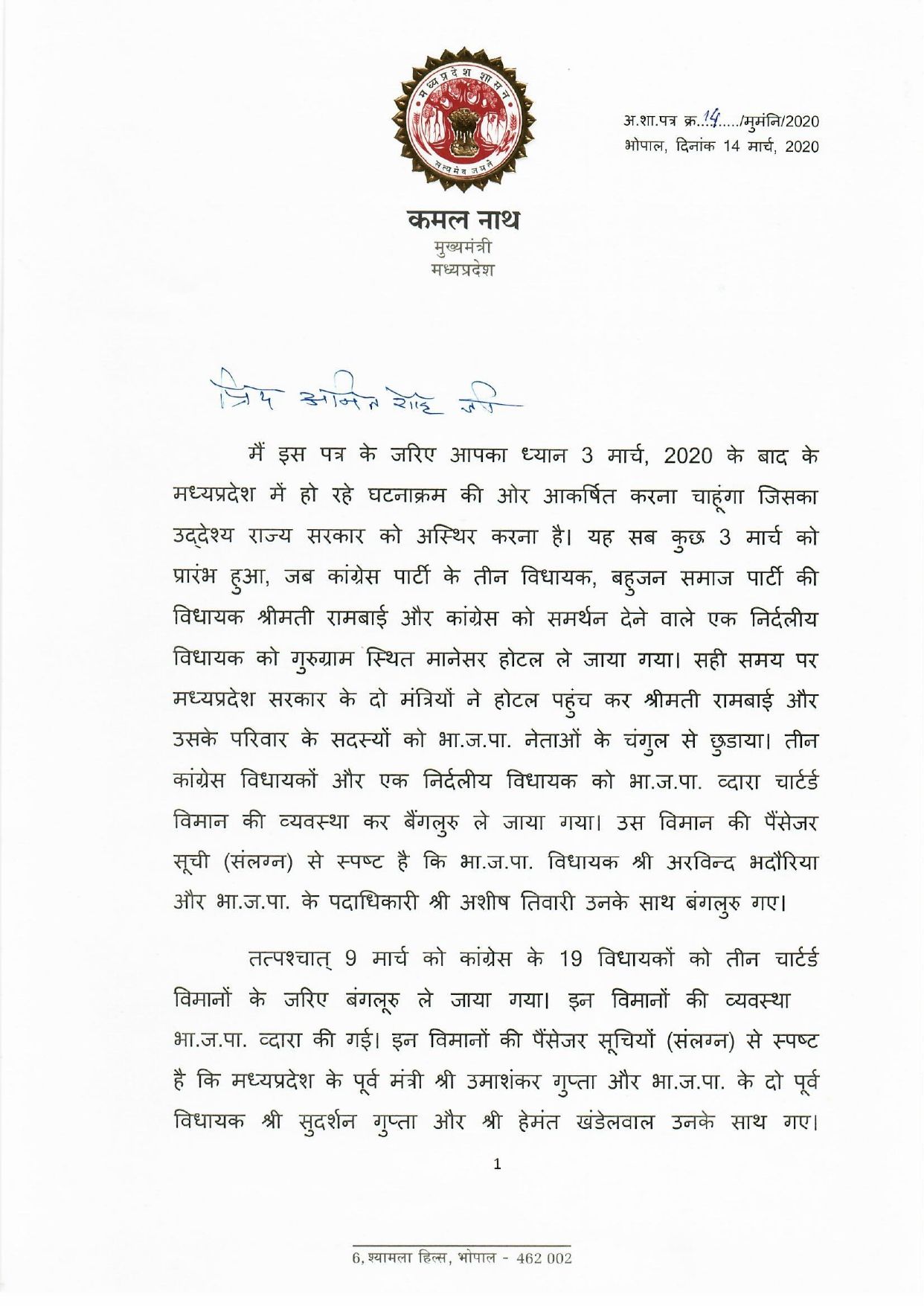 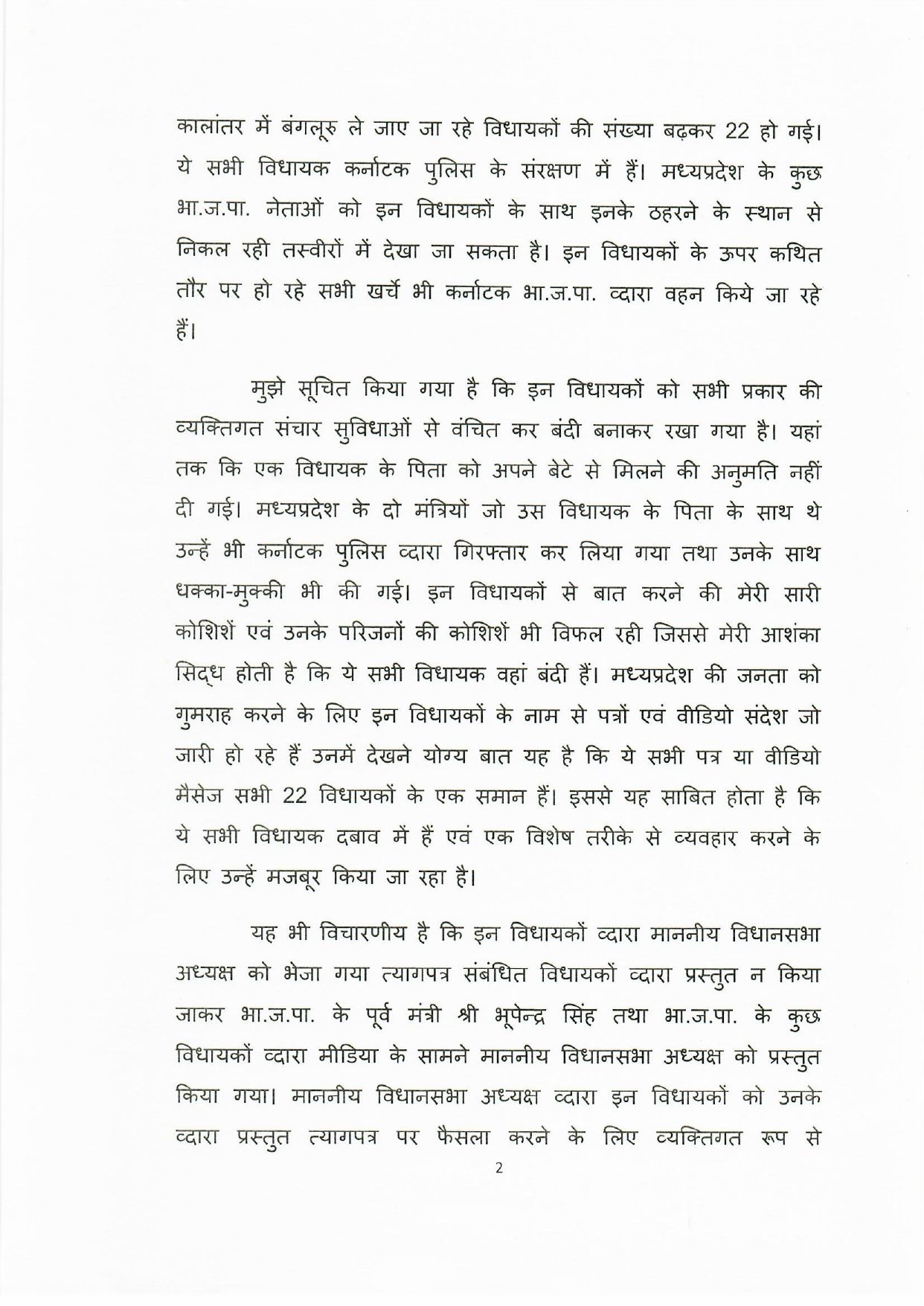 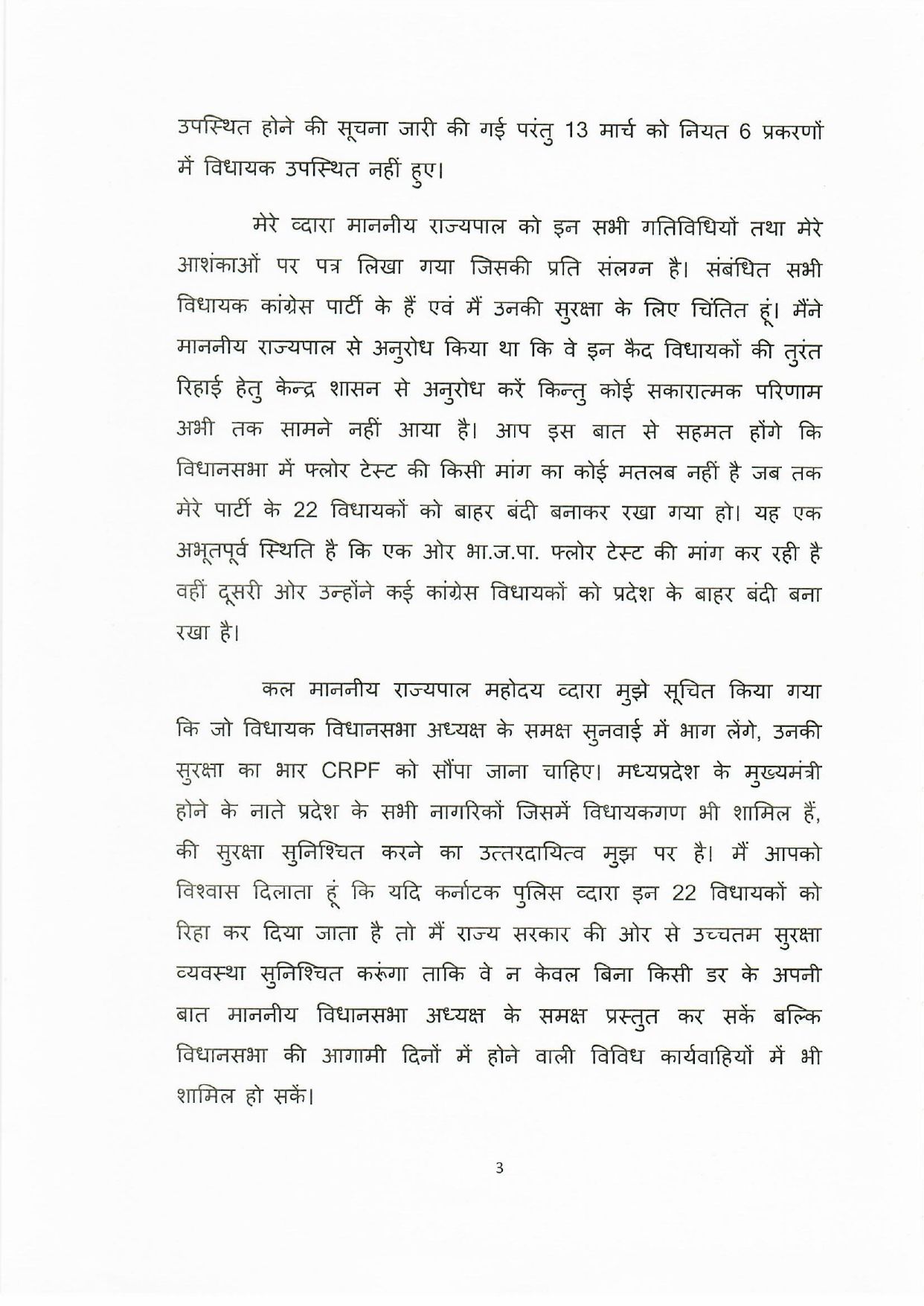 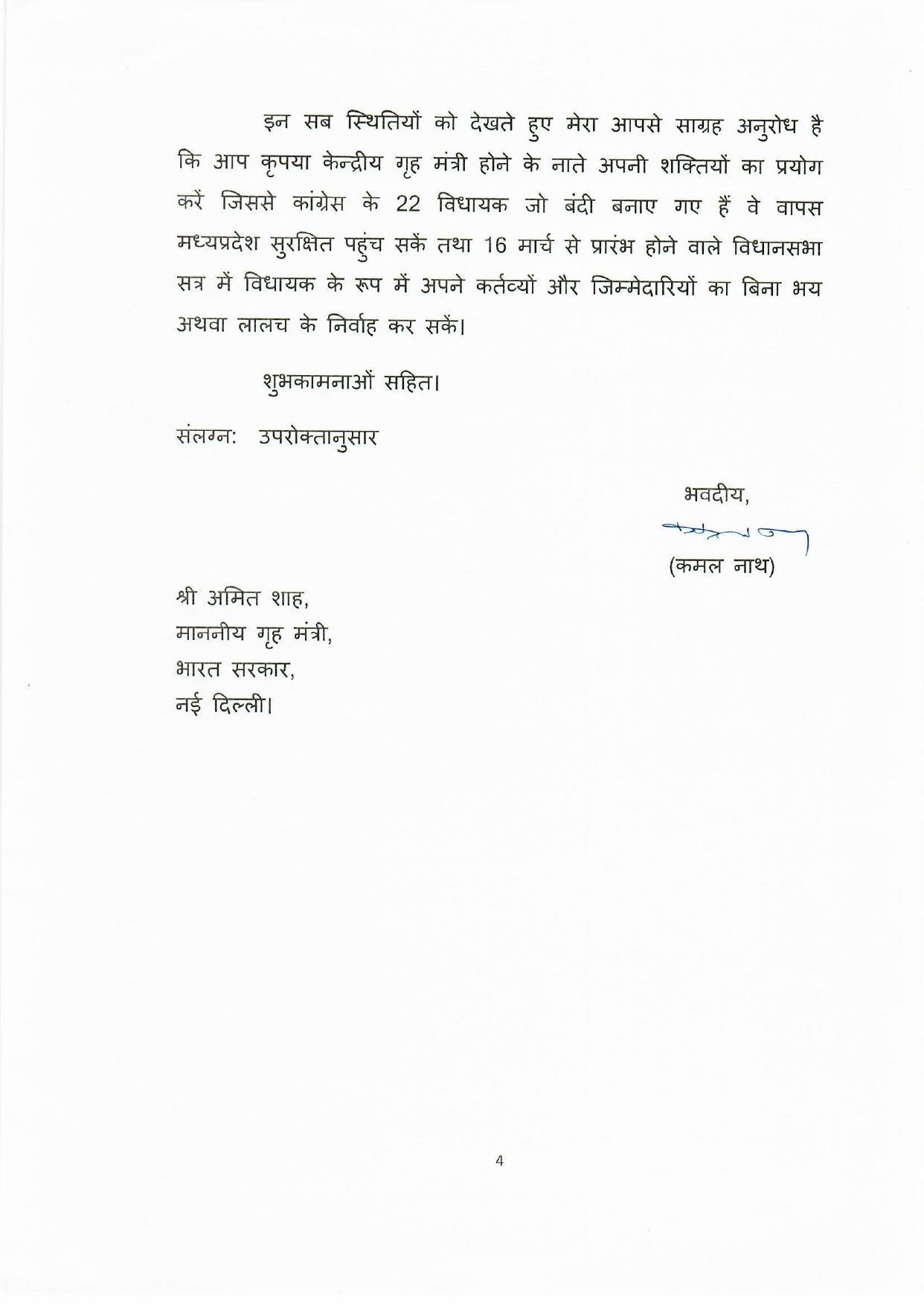 Scindia’s sudden resignation from the Congress party on March 10 was followed by 22 Madhya Pradesh Congress MLAs putting in their papers. While their resignation letters are yet to be accepted by the MP Assembly speaker, Congress is making all possible attempts to woo back some of the dissident MLAs as the stability of its government is in serious threat. On Wednesday, he officially joined BJP in the presence of party president JP Nadda and was nominated as the party's Rajya Sabha candidate.

Contending that the Congress party was not the same anymore, Scindia also highlighted the failures of the Kamal Nath government in MP. Earlier in the day, a BJP delegation met Governor  Lalji Tandon and sought the Assembly session to be convened before March 16 so that a floor test could be held. Previously, MP CM Kamal Nath had already indicated his willingness to have a floor test in the upcoming Assembly session.