Bihar Minister Sanjay Kumar Jha on Saturday lashed out at Delhi Health Minister Satyendra Jain for taking credit for paying migrants' travel fares and then asking for reimbursement from the Bihar government. Criticising the Delhi government, Jha said, "On one hand, you are taking credit by saying you are sending them back on your money and on the other hand, you are asking Bihar government to return the money."

Earlier in the day, the Aam Admi Party (AAP) had lambasted Nitish Kumar-led Bihar government, accusing it of not fulfilling its obligation to pay the part of travel fare incurred on migrants' return to the state. AAP MP Sanjay Singh lashed out at the Bihar government and alleged that despite its duty to bear 15 per cent of the travel expenses of migrants, the Delhi government is paying for the migrants travel to Bihar for the train that departed from the capital city on Friday.

Delhi Health Minister Satyendra Jain said, "It is not fair to take money from them. They have been staying in shelter homes for the last two months. From where will they get money to pay for tickets? So the Delhi government paid for it. One shouldn't do politics over it." 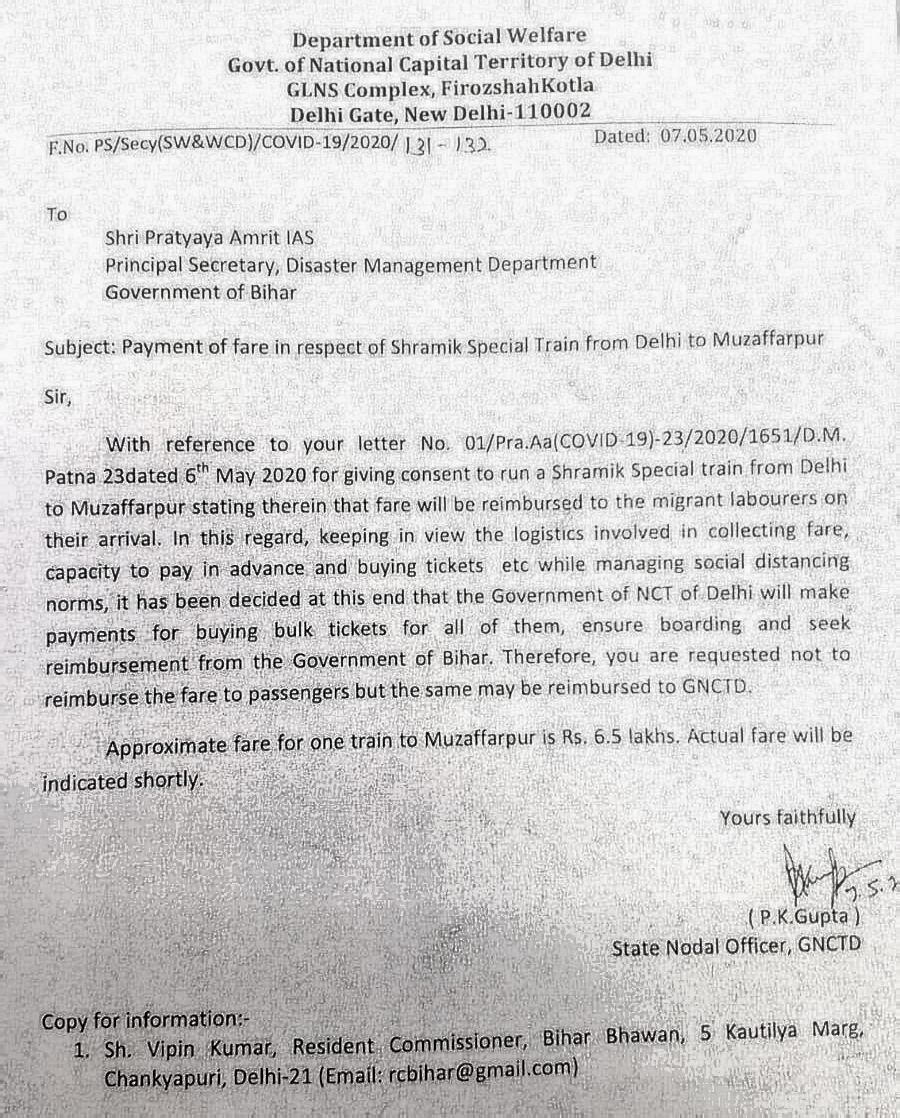