The BJP released its second list of candidates for the upcoming RS elections. The list includes the name of its national vice-president Dushyant Gautam.

The BJP on Thursday released its second list of candidates for the upcoming Rajya Sabha biennial elections. The list includes the name of its national vice president Dushyant Gautam from Haryana. Along with him, Ram Chandra Jhangra is also named from the state of Haryana. 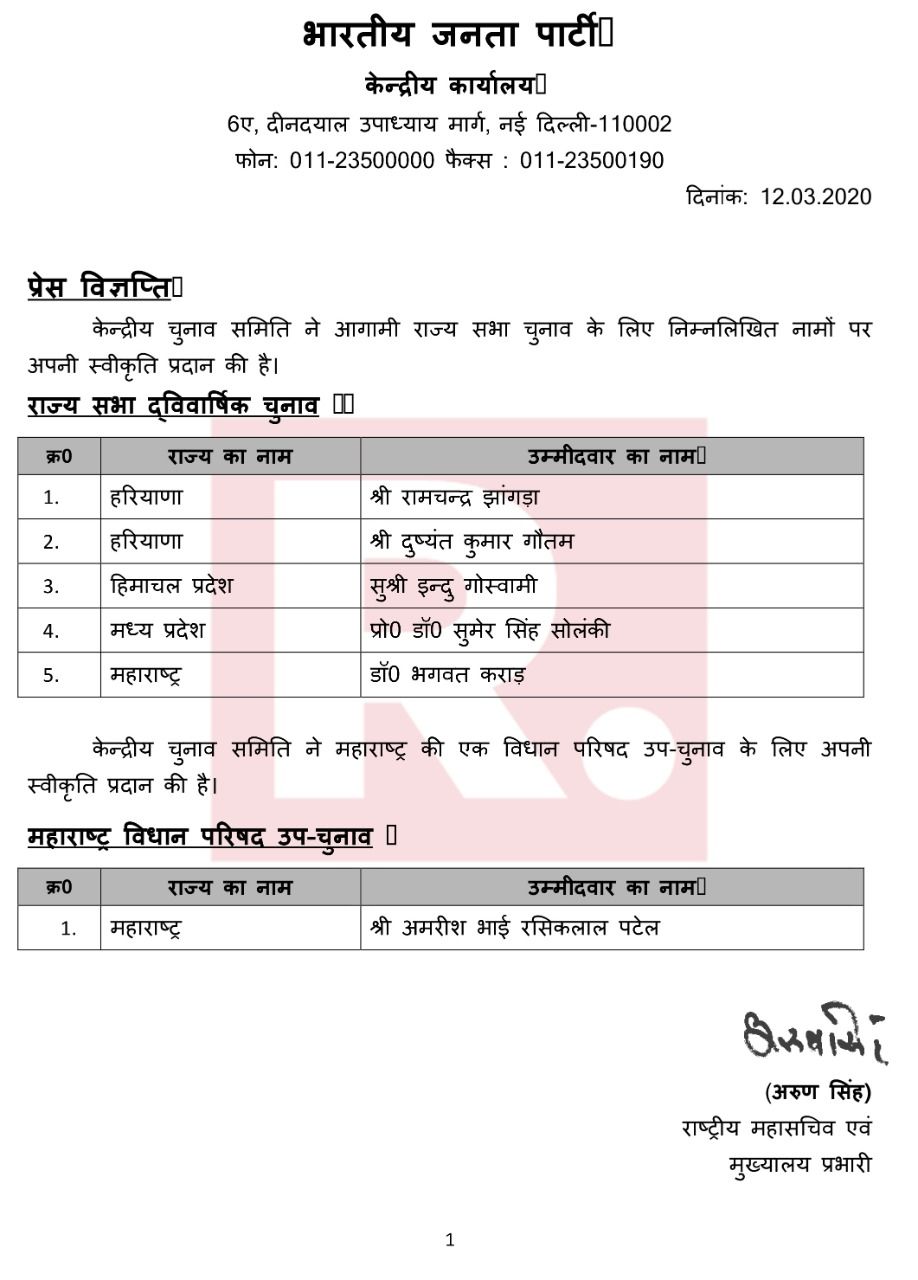 Earlier on Wednesday, BJP released its list of candidates for the upcoming RS biennial elections. The list includes the name of Party's new member Jyotiraditya Scindia, who has been nominated from Madhya Pradesh. The BJP announced the names of its nine Rajya Sabha candidates, including former Congress leader Bhubaneswar Kalita from Assam, and allotted two seats to its allies, including Dalit leader and Union minister Ramdas Athawale from Maharashtra.

A meeting of the BJP Central Election Committee (CEC) was held at the party headquarters in New Delhi on Tuesday evening to decide the candidates for the Rajya Sabha biennial elections. The meeting was attended by Prime Minister Narendra Modi, Home Minister Amit Shah, BJP chief JP Nadda and other members of the CEC. The last date for filing nominations for 55 Rajya Sabha seats, which will fall vacant in April, is March 13. The vacancies are spread across 17 states. Counting will be held on the evening of March 26, an hour after the conclusion of polls.