Taking to Twitter, he said that it is sad to see 'such public hounding of a journalist for his freedom of speech,' adding that the Congress party has a 'rich tradition' of trampling the free speech. He also pointed out that the attack on Arnab came after Congress CMs publically threatened him.

Shocking to see Arnab Goswami attacked after Congress CMs publicly threatened him. Sad to see such public hounding of a journalist for his freedom of speech. Congress shows it is the party that brought Emergency and continues it’s rich tradition of trampling free speech.

Meanwhile, an FIR has been registered several hours after the complaint was filed. It has been registered at the NM Joshi Marg Police station under sec 341 (Punishment for wrongful restraint) and 504 (Intentional insult with intent to provoke breach of the peace) of IPC, according to Deputy Commissioner of Police, Zone 3, Mumbai. The charges are severely watered down.

Mere hours after the physical attack, Congress leader Alka Lamba celebrated the attack. She went on to hail the Congress Youth Wing, following the attackers confessing to Arnab's Mumbai police security attache after being apprehended that they belonged to the Congress Youth Wing and were sent by party higher-ups to teach him a lesson. Alka Lamba in a tweet posted at 3 AM on Thursday wrote, "Long live youth Congress"

Here's the full complaint copy with the sequence of events: 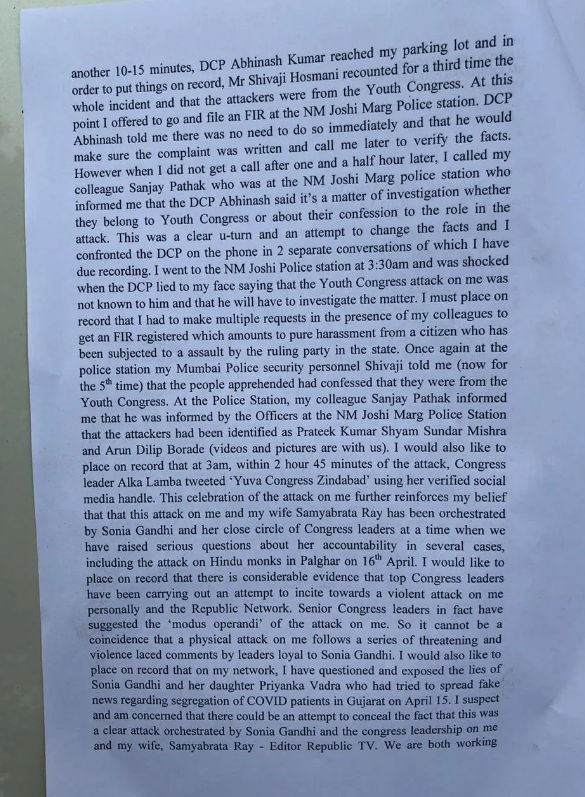 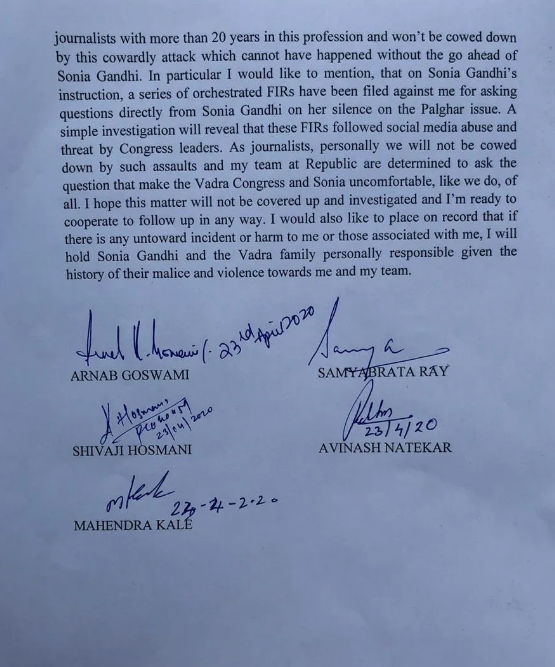