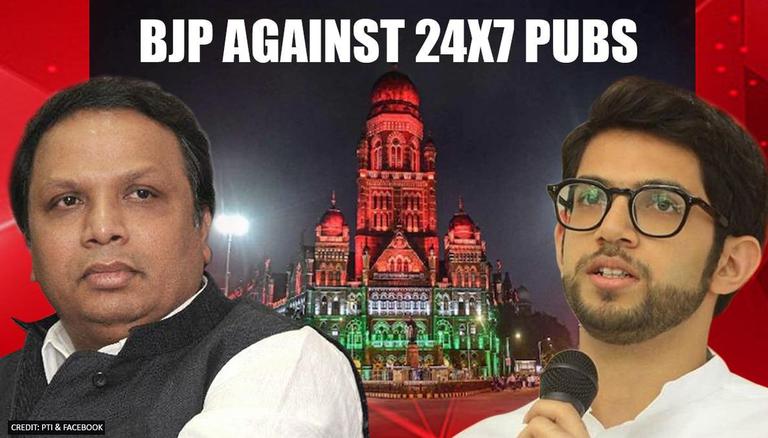 Opposing the Aghadi government's plan to keep Mumbai's eateries, malls, pubs, and other services open 24x7 from January 26, the BJP Mumbai chief Ashish Shelar, on Saturday, expressed security concerns for women by keeping bars open throughout the night. He affirmed that while malls should be open throughout, keeping bars open through the night will burden the police's work. He said that the BJP was against causing a nuisance to residents close to these bars and pubs.

On Friday, Maharashtra Tourism minister Aaditya Thackeray announced that malls, multiplexes, restaurants, and select shops in the city will be permitted to remain open 24/7 from January 26 onwards. According to reports, the Brihanmumbai Municipal Corporation (BMC) and Mumbai Police have agreed to permit establishments inside gated communities and non-residential areas to remain open throughout the night. As per sources, Atria Mall (Worli), R-City Mall (Ghatkopar), Oberoi Mall (Goregaon), Growel’s 101 (Kandivli), Phoenix Market City (Kurla) and High Street Phoenix (Lower Parel) are some of the malls that have agreed to start 24/7 operations soon.

However, NCP MLA Rohit Pawar, grand nephew of NCP Supremo Sharad Pawar, has clarified that no restaurant or establishment involved in selling alcohol will be allowed to remain open 24x7. He maintained that the establishments will have to adhere to the 1:30 AM existing rule. He added that the move will help curb the traffic woes of the maximum city.

It will also help curb the traffic woes to a certain extent. Though, it is the choice of every retailer to do so, not a rule. However, no restaurant or establishment involved in selling alcohol will be allowed to remain open 24/7. Their deadline is 1:30 AM per the existing rule.