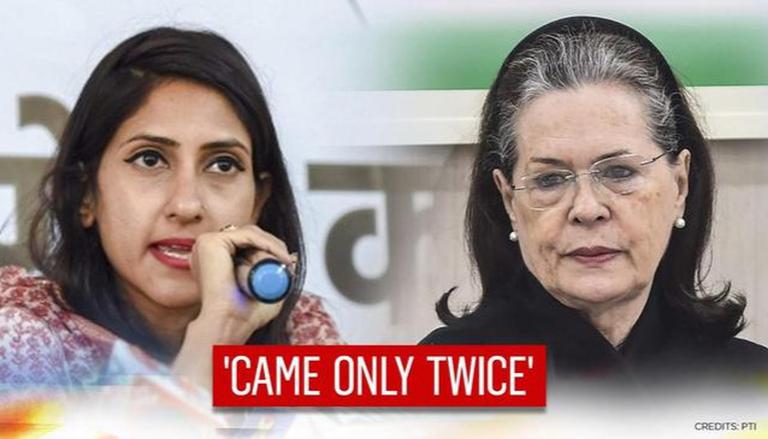 Rebel Congress leader Aditi Singh slammed party chief Sonia Gandhi for visiting the Raebareli constituency only twice after the previous elections and claimed that the people who voted for her got nothing in return. Sonia Gandhi, who retained the Rae Bareli seat in the 2019 General elections, has visited the constituency twice after retaining it in 2019, in June of that year and then in January 2020, and MLA Aditi Singh slammed her over this. The rebel Congress leader hit out at her party chief claiming that the people who voted her to power got nothing in return and were subjected to such treatment from Sonia Gandhi.

"At least you should respect the position you are in and enquire the whereabouts of the people who elected you to power. I respect all those leaders, irrespective of their party, those who address the grievances of the public and attend to their needs", MLA Aditi Singh said.

How Congress suffers from a leadership crisis

The Congress party has decided to conduct the polls for its chief in May this year, as per sources, even as the party faces a leadership crisis that has only escalated since Rahul Gandhi resigned from the post after the party's 2019 general election drubbing. After the recent Bihar debacle, senior leaders like Kapil Sibal and P Chidambaram have come out in the open and questioned the leadership. However, a group of Congress leaders have once again pitched the name of Rahul Gandhi for the top post, with the Delhi Congress even passing a resolution for the same. Earlier, 23 top leaders had written to interim chief Sonia Gandhi demanding robust changes in the party. Though Sonia Gandhi managed to quell the rebellion, voices against the leadership have risen due to poor performances in back to back elections.

It must be noted that dissenting voices had risen in the Congress party a few months ago against the backdrop of the fight between Sachin Pilot and Ashok Gehlot in Rajasthan as well. Senior Congress leaders like Kapil Sibal and Ghulam Nabi Azad had then spoken openly against the Central leadership of the Gandhis. However, interim Congress chief Sonia Gandhi was able to quash the rebellion and had assured party members of reviewing the raised demands. Since then, however, the Congress party also suffered an immeasurable blow on account of the passing away of Ahmed Patel, a very close and influential aide of Sonia Gandhi.

Rahul Gandhi quitting as party chief post the Lok Sabha 2019 debacle led to a barrage of resignations from various posts with others also accepting their share of the responsibility. Amidst a lot of turmoil with Priyanka Vadra also being considered, Congress finally went back to their safe option and named Sonia Gandhi as its interim chief. Recently, her tenure was again extended. While some loyalists have time and again implored 50-year-old Rahul Gandhi to take back the reins of the party, this has also been met with significant opposition. Moreover, prominent Congress leaders like Jyotiraditya Scindia, Khushbu Sundar have quit the party and joined BJP.