Congress on Thursday released the list of its candidates for Rajya Sabha election. The party has fielded a total of nine candidates from across six states.

The Congress on Thursday released the list of its candidates for elections to the Rajya Sabha. Senior party leader Digvijaya Singh and Phool Singh Baraiya will contest from Madhya Pradesh. AICC General Secretary KC Venugopal will contest from Rajasthan. The list has ended the speculations that the party was going to field Priyanka Vadra Gandhi as one of their candidates. 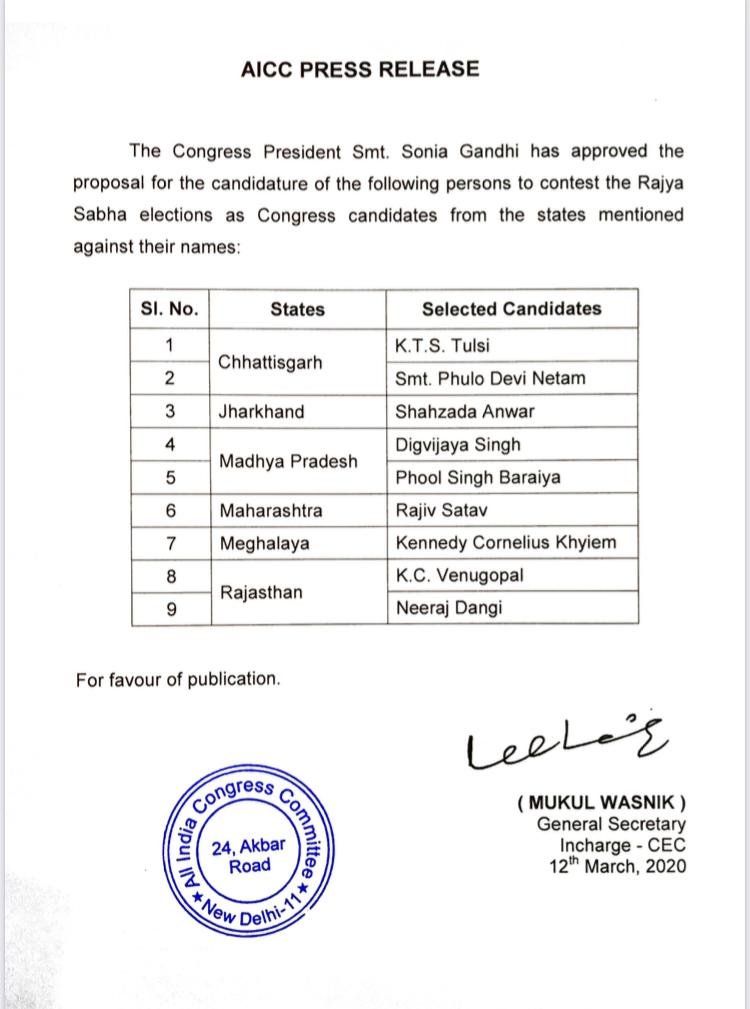 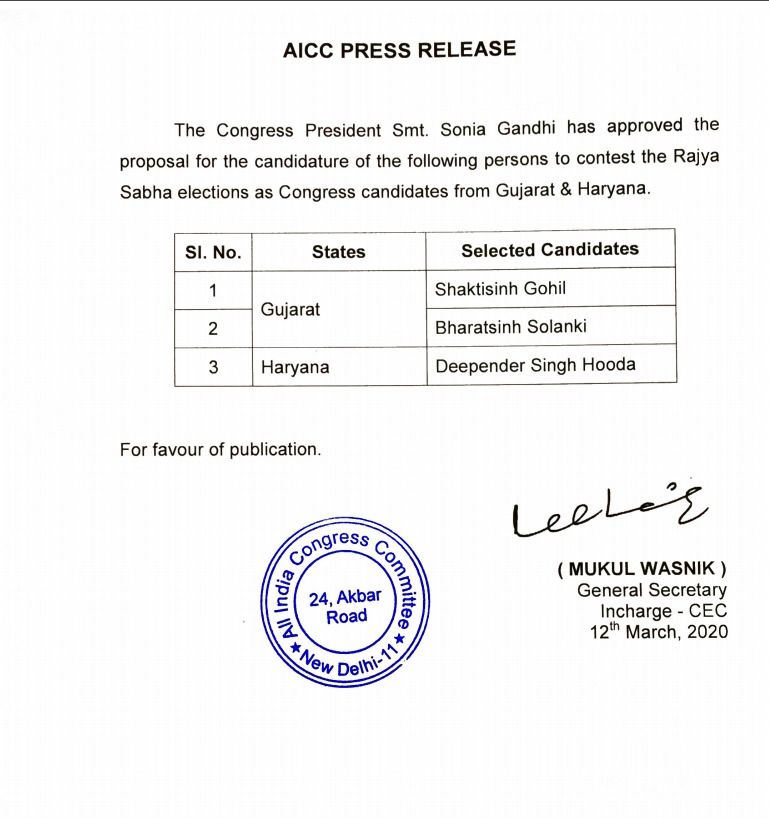 'I am not taking decisions on Rajya Sabha nominees'

Earlier in the day, Rahul Gandhi said that since he is not the party Chief, he is not the deciding authority on the ticket distribution in the party. Addressing the media at Parliament House, the former party chief said, "I am not the party President and I am not taking decisions on Rajya Sabha nominees. I'm informing the youth of the country about the economy. Who is in my team, who is not in my team is of no consequence.

The BJP on Thursday released its second list of candidates for the upcoming Rajya Sabha biennial elections. The list includes the name of its national vice president Dushyant Gautam from Haryana. Along with him, Ram Chandra Jhangra is also named from the state of Haryana.

Earlier on Wednesday, BJP released its list of candidates for the upcoming RS biennial elections. The list includes the name of Party's new member Jyotiraditya Scindia, who has been nominated from Madhya Pradesh. The BJP announced the names of its nine Rajya Sabha candidates, including former Congress leader Bhubaneswar Kalita from Assam, and allotted two seats to its allies, including Dalit leader and Union minister Ramdas Athawale from Maharashtra.

The last date for the filing of nominations is March 13 while the scrutiny will be held on March 16. Nominations can be withdrawn by March 18. If necessitated, polling will take place on March 26 from 9 am to 4 pm.