DMK MP Tiruchi Siva said that questioning the Centre is their right after 19 MPs including six from DMK were suspended for creating ruckus in Rajya Sabha. 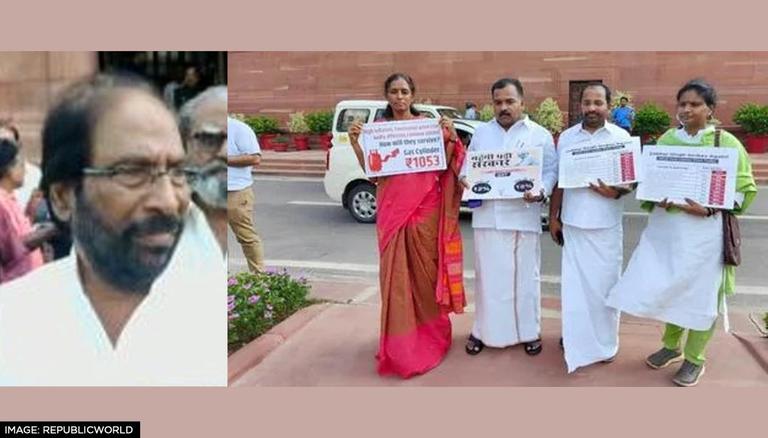 
Tiruchi Siva, Dravida Munnetra Kazhagam (DMK) MP registered his response over the suspension of 19 MPs from the Rajya Sabha for their alleged misconduct. Speaking to Republic Media Network, Siva said that it is their right to seek answers from the Centre over issues such as inflation and GST hike and stated that the opposition will continue to protest.

"The genuine demand of the opposition parties was to have a debate on price rise. Why the government is running away we don't know", Siva said. "When the members were insisting upon their demand, instead of convincing them, the government used its power and suspended 19 members", he added. Out of the suspended MPs were Hamamed Abdulla, S Kalyanasundaram, R Girranjan, NR Elango, M Shanmugam, and Dr. Kanimozhi NVN Somu who belong to the DMK.

The DMK leader further said that his party members "will not give up" and demanded a revocation of the suspensions.

#LIVE: Rajya Sabha adjourned till 11 am tomorrow, on a day 19 MPs were suspended and papers were tossed at the house Chair; Tune in here - https://t.co/GHt1M9X29M… pic.twitter.com/D7dO9I9Mah

The Rajya Sabha has been adjourned till 11 am on Wednesday, July 27, after several opposition leaders created a ruckus inside the upper house of the Parliament and threw papers at Bhubhaneshwar Kalita in the chair. The chaos ensued when the MPs flocked to the well of the Rajya Sabha while demanding a discussion on inflation and the recent GST hike. In addition to the aforementioned DMK MPs, other suspended leaders include seven from the All India Trinamool Congress (AITC), three from the Telangana Rashtra Samithi (TRS), two from the Communist Party of India (Marxist) and one from the CPI.

The latest instance of suspension follows the one on July 25, when four Congress MPs- Manickam Tagore, Ramya Haridas, Jothimani and TN Prathapan- were dismissed from Lok Sabha for their alleged misbehaviour.

The issue of debate over inflation has prompted a blame game from both the centre and the opposition as the two parties are accusing each other of 'running away' from a discussion. Yesterday, Union Ministers Piyush Goyal and Pralhad Joshi reiterated that the government is ready to have a debate over the said issues. Goyal even accused the opposition leaders of being scared that a debate would expose the failures of their respective governments.