Accusing WB CM of not having even 'minimal interaction' with him amid Covid, Governor Jagdeep Dhankar has asked Mamata Banerjee to abide by the constitution

Accusing West Bengal Chief Minister Mamata Banerjee of not having even 'minimal interaction' with him in a critical time of Covid outbreak, Governor Jagdeep Dhankar has on Tuesday, asked her to abide by the constitution. In a letter to CM Banerjee, he has claimed that the situation of PDS in the state is 'indicative of PDS scam.' The Governor added that state government's 'iron curtain' should fall as CM Banerjee's stance is 'weakening combat against COVID19'. 'There is no rationale for such undemocratic attitude,' he said.

Here is his full letter:

Sent communication â¦@MamataOfficialâ© to abide by constitution. Such continued disregard of constitution cannot be countenanced. There can be no situation of law unto oneself. Her stance is also weakening combat #COVID19. There is no rationale for such undemocratic attitude. pic.twitter.com/6DLS8ubKnb 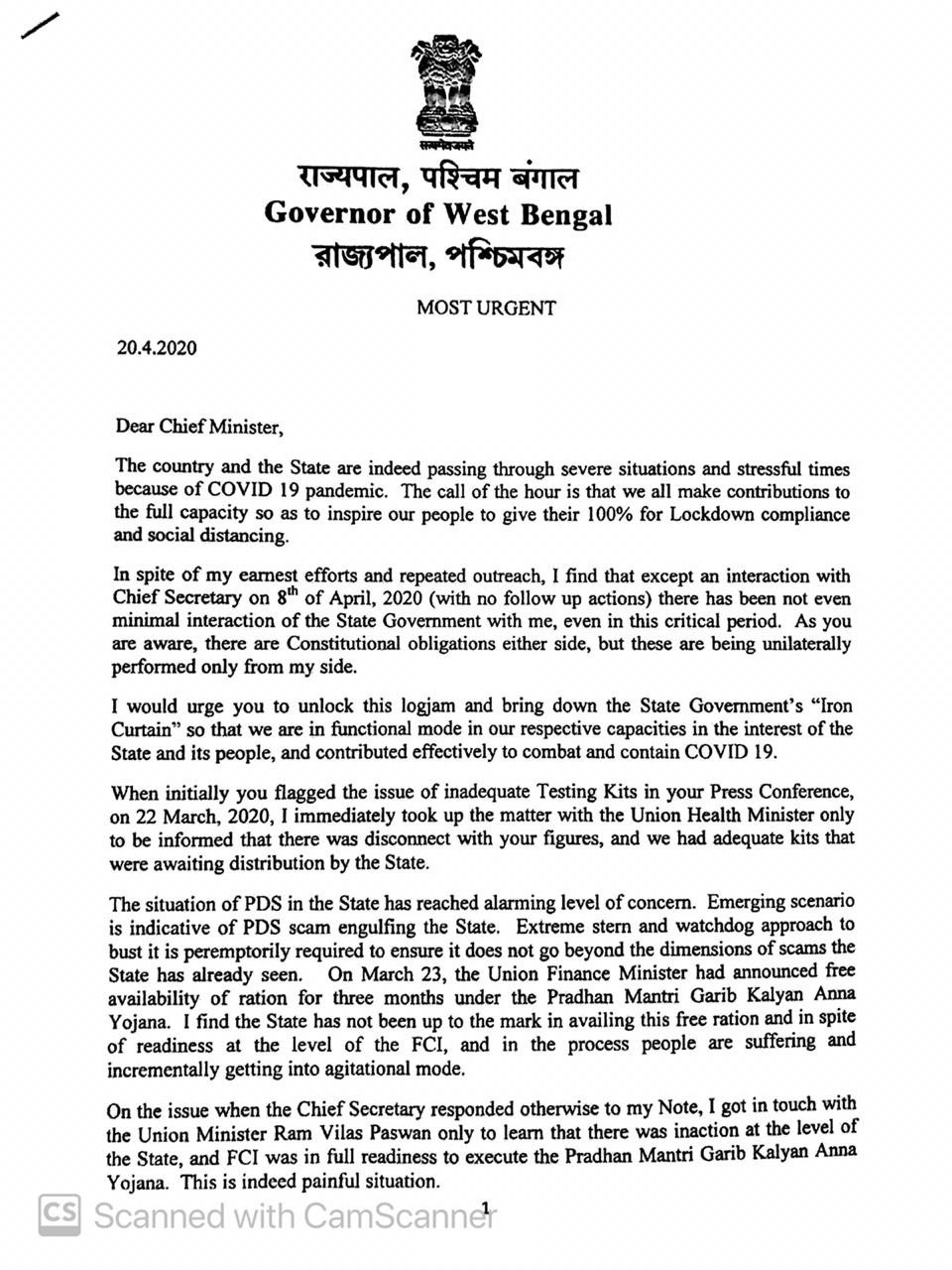 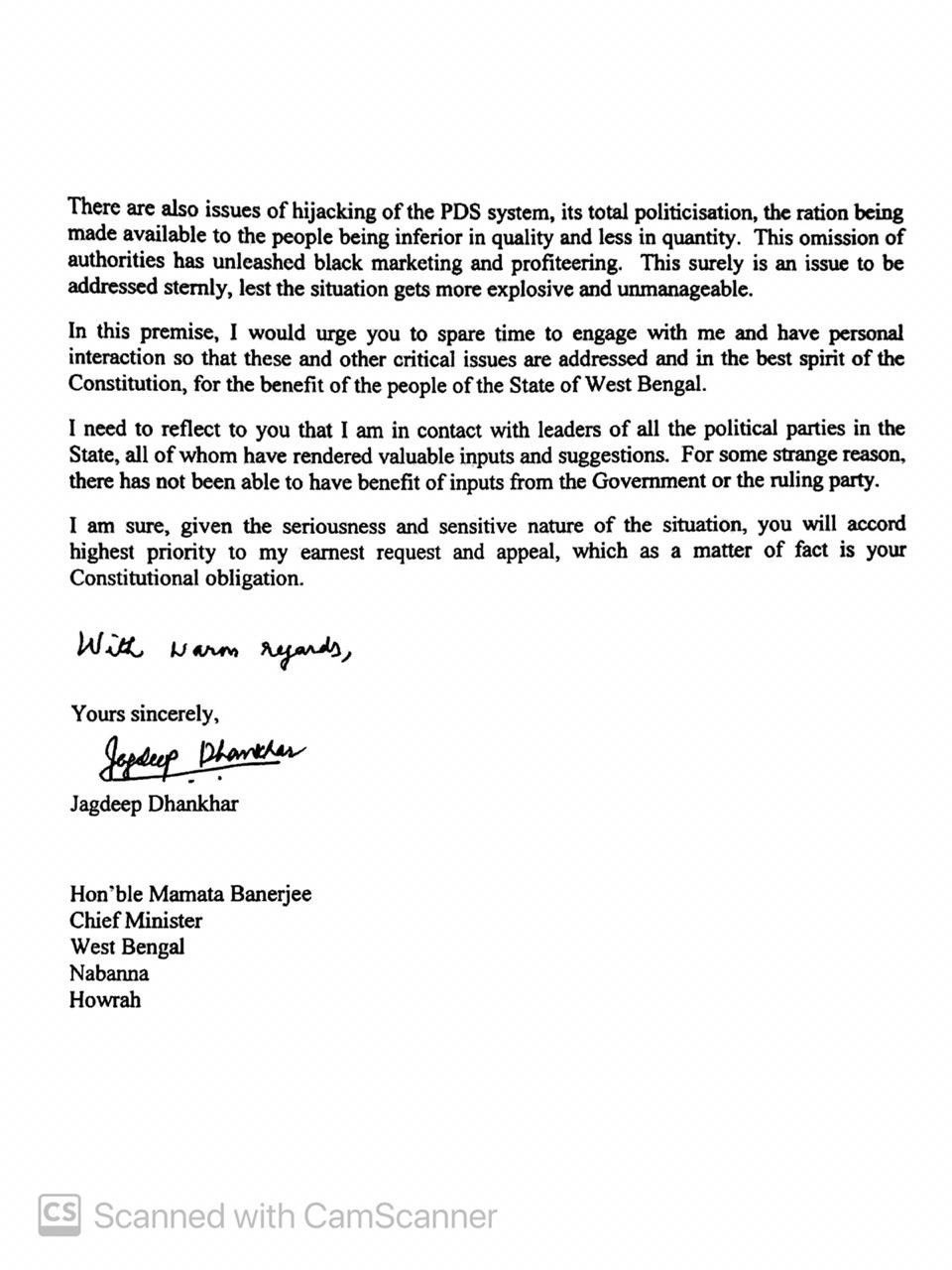 Opposing the Centre's intervention in West Bengal's Coronavirus (COVID-19) battle, CM Mamata Banerjee, on Monday, has not permitted the Centre's inter-ministerial central (IMC) team deployed to several districts in India to function in West Bengal. She claimed that till PM Modi and Home Minister Amit Shah share the criterion for such an intervention, she will not comply as this goes again federalism. West Bengal has reported 339 COVID-19 cases and 12 deaths.

The state has seen several lockdown violations for past two weeks - notably in Murshidabad and Hooghly were several people gathered at a mosque to offer Friday prayers. Though police had dispersed the crowd immediately, CM Mamata Banerjee has taken cognizance of the repeated violations in that district and has directed the Murshidabad DIG to stop such gatherings. The MHA too has written to Banerjee highlighting that the lockdown guidelines were being violated in several parts of the state, stating that the West Bengal government had allowed more exemptions leading to a gradual dilution of the lockdown.