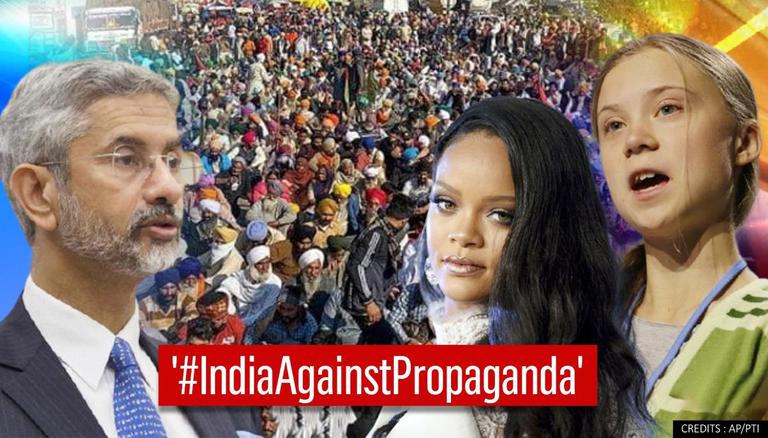 The Ministry of External Affairs (MEA) on Wednesday issued a statement after a few foreign individuals and entities commented on the ongoing farmers’ protests. The MEA said that before rushing to comment on such matters, it urges that facts be ascertained and proper understanding of issues at hand be undertaken. "Temptation of sensationalist social media hashtags and comments, especially when resorted to by celebrities and others, is neither accurate nor responsible," the statement said.

"The Parliament of India, after a full debate and discussion, passed reformist legislation relating to the agricultural sector. These reforms give expanded market access and provided greater flexibility to farmers. They also pave the way for economically and ecologically sustainable farming," the statement said.

"A very small section of farmers in parts of India have some reservations about these reforms. Respecting the sentiments of the protestors, the Government of India has initiated a series of talks with their representatives. Union Ministers have been part of the negotiations, and eleven rounds of talks have already been held. The Government has even offered to keep the laws on hold, an offer iterated by no less than the Prime Minister of India," it said.

"Yet, it is unfortunate to see vested interest groups trying to enforce their agenda on these protests, and derail them. This was egregiously witnessed on January 26, India’s Republic Day. A cherished national commemoration, the anniversary of the inauguration of the Constitution of India, was besmirched, and violence and vandalism took place in the Indian capital," the statement added.

Climate and environmental activist Greta Thunberg came out in support of the ongoing farmers' protest at Delhi's borders against the Centre's new agri laws. "We stand in solidarity with the #FarmersProtest in India," she tweeted.

Thunberg tweeted soon after singer Rihanna shared a news article highlighting the Centre's crackdown on the farmers by cutting off internet services in many regions. "Why aren't we talking about this?! #FarmersProtest," Rihanna tweeted.

why aren’t we talking about this?! #FarmersProtest https://t.co/obmIlXhK9S

Thousands of farmers, mostly from Punjab, Haryana and western Uttar Pradesh, have been protesting at the national capital's borders for over two months against the laws.

READ | Congress to offer legal aid to protesting farmers; sets up depts for redressal in 4 states

WE RECOMMEND
Rihanna enters Farmers' protest fray; remarks on current escalation at Delhi's borders
Union Budget 2021-22 allocates over ₹18,000 cr to MEA & ₹7,000 cr in aid to 20 countries
'Beyonce and Rihanna' trends on Twitter and its not over a song; Here are details
Sonam Kapoor Ahuja has a message for Rihanna as she shares stunning a picture
MEA lambasts Pakistan's farcical action against Masood Azhar & Lakhvi, cites FATF motive