Though Smriti Irani spoke about Deepika Padukone's JNU visit, she explained in a nutshell all the reasons why the ‘Tukde Tukde Gang’ is a threat to the country.

Smriti Irani, well known as one of the most eloquent leaders of the country, proved her oratory skills again, with her strong but measured dig at the ‘Tukde Tukde Gang’ on Friday. Pegged on the recent high-profile visit of Deepika Padukone to the campus, the Union Minister upheld the actor's right to be a part of the protest, all the while masterfully listing what exactly it was that Deepika's presence there represented. 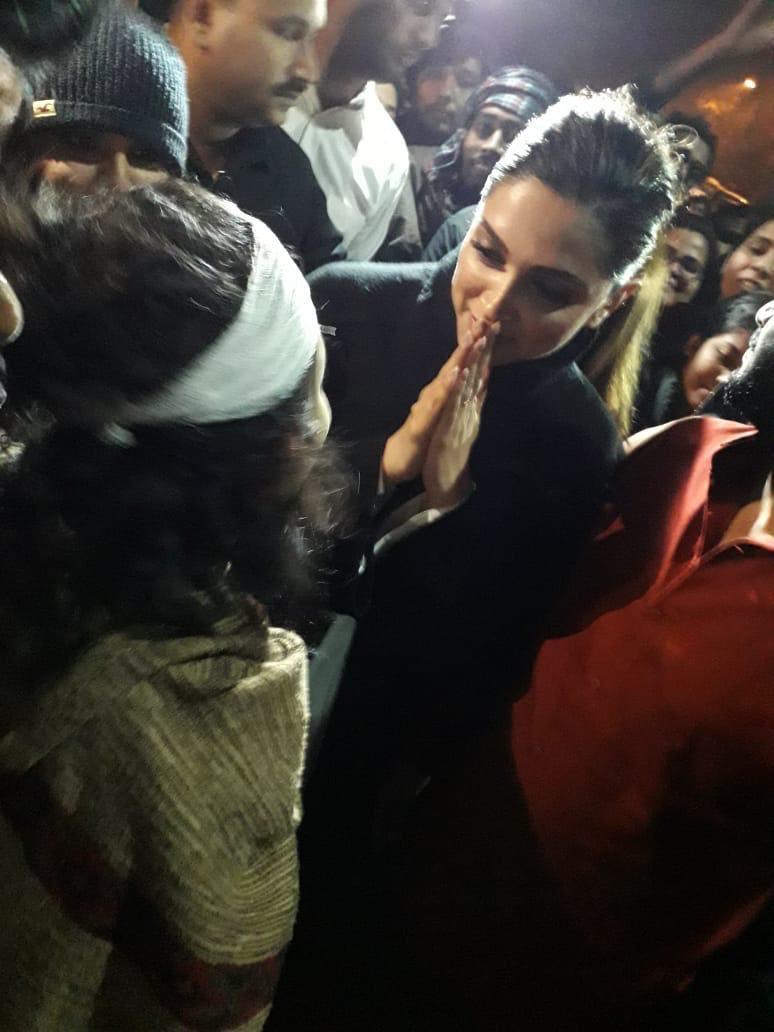 READ: She Knew She Was Standing With 'Tukde Gang': Smriti Irani On Deepika Padukone's JNU Visit

The BJP leader seemed least surprised that Deepika went to the JNU to ‘express solidarity’ over the horrific violence on its campus. She said only those were ‘surprised’ who 'did not know’, while adding her ‘admirers’ have now ‘discovered her position.’

Smriti’s statement can be broken up into these two main points:

Deepika's right to be with Tukde gang

Smriti Irani said Deepika ‘stood’ and ‘had the right’ to be with the gang led by former JNUSU President Kanhaiya Kumar and Co. With the word ‘Stand’, she seemed to suggest the actor to continue doing so. However, the crux of her statement was to highlight four anti-national activities of the ‘Tukde Tukde Gang’ and how Deepika was ‘standing’ for them. She termed them as those who want the ‘destruction of India.’ She called them as ‘people who hit girls on their private parts with lathis.’ She pointed out they were those who celebrate when a CRPF jawan is killed. She took a dig at their shocking chants like 'Bharat Tere Tukde Honge'

Deepika's right to be with Congress

Deepika Padukone's 2010 interview where she had backed Rahul Gandhi for Prime Minister was also mentioned: "I don't know much about politics. But from whatever I see on TV, whatever Rahul Gandhi is doing makes him a classical example for the youth," the actor had said, continuing, "Hopefully, he will be Prime Minister one day."

The video has spread like wildfire on social media since her controversial visit to JNU. Smriti highlighted that her ‘political affiliation’ is known since that time and people shouldn’t be surprised now.

It was not unexpected to us that she was going to stand with people who want the destruction of India. She sided with people who hit girls on their private parts with lathis. I can't deny her that right.

She made her political affiliation known in 2011 that she supports the Congress Party. If people are surprised by this, it is because they didn't know. There were a lot of admirers of hers who have just discovered her position.

As far as Deepika goes, I rather know where she stands. Stand. Stand next to people who said, 'Bharat Tere Tukde Honge'.

In many ways, Smriti Irani deployed a similar tactic to what Deepika Padukone herself has been accused of. While Deepika's promotions for Chhapaak had flooded social media minutes after her presence, Smriti Irani leveraged Deepika's sudden appearance to highlight what she believed the protest to represent.