Amid protests from the opposition, the Karnataka Prevention of Slaughter and Preservation of Cattle Bill was passed in the state Legislative Council on Monday. 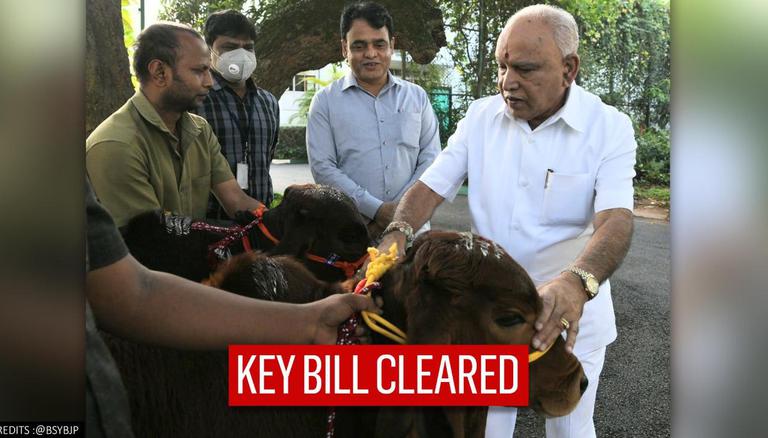 Amid protests from the opposition, the Karnataka Prevention of Slaughter and Preservation of Cattle Bill was passed in the state Legislative Council on Monday. While this bill was cleared by the Karnataka Legislative Assembly on December 9, 2020, the government deferred tabling this bill in the Legislative Council reportedly owing to the lack of support from JD(S). When newly elected Deputy Chairman MK Pranesh called for a vote on this bill, several opposition leaders came to the well of the House, started sloganeering and tore copies of the legislation.

While a total of 31 MLCs belonging to Congress and JD(S) were present in the House as compared to 28 from the ruling BJP, the former failed to demand a division of votes. Thus, the bill was passed through voice vote. However, it remains unclear as to whether the HD Deve Gowda-led party wanted to oppose or abstain during the voting process. The bill will replace The Karnataka Prevention of Slaughter and Preservation of Cattle Ordinance, 2020 promulgated on January 5. Repealing the Karnataka Prevention of Cow Slaughter and Cattle Preservation Act, 1964 (Karnataka Act 35 of 1964), it entails strict penalties. The Karnataka government has made it clear that beef consumption and slaughterhouses has not been outlawed.

Here are key provisions of the bill: