"Arrangements will be made for journalists to speak to MLAs outside the gate. No journalist or camera person will be allowed inside the gate," the notification added. 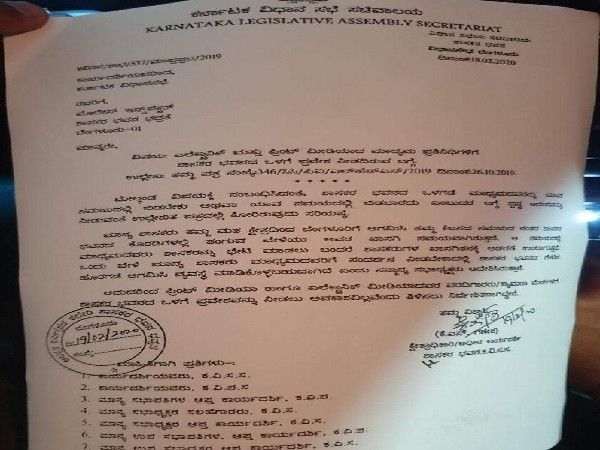 During the Karnataka assembly session in October last year, Kageri had imposed restrictions on camera persons as well as on electronic and print media personal from covering the proceedings. Instead, Doordarshan provided a live feed of the assembly proceedings to private TV channels. The move drew criticism from various quarters, with the Congress and JD(S) terming it as "fatal" for democracy.

Journalists and camera persons even staged a demonstration condemning the Speaker's decision to bar media from telecasting House proceedings. Following criticism over the move, Karnataka Chief Minister BS Yediyurappa had assured that he will speak to the Speaker and try to convince him to roll back the ban.