Amid the political crisis in Madhya Pradesh, the Congress Legislative Party on Tuesday has moved the Supreme Court accusing the BJP of kidnapping its MLAs. 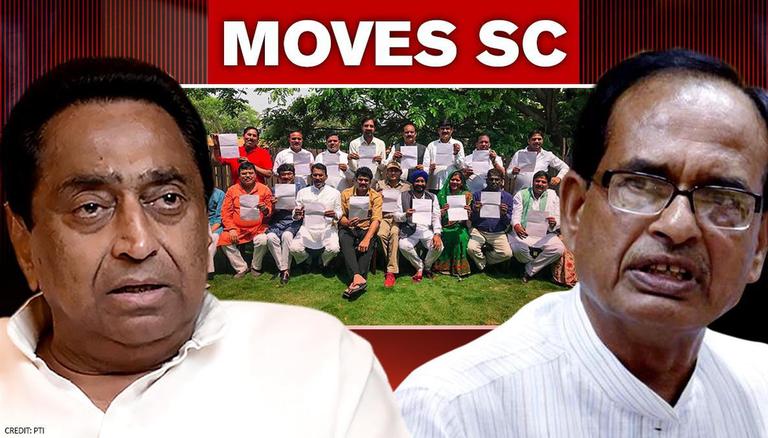 Amid the political crisis in Madhya Pradesh, the Congress Legislative Party on Tuesday has moved to the Supreme Court accusing the BJP of kidnapping its 16 MLAs. The CLP has also sought directions for their MLAs release from BJP's captivity. The rebel Congress MLAs are presently in a Bengaluru resort and have demanded security for their safe comeback to  Bhopal. Contradicting Congress' claims of MLAs being kidnapped and being held hostage, rebel Congress leader Govind Singh Rajput assured that the group of rebel legislators were in Bengaluru 'willingly'.

Earlier, on Monday, the Madhya Pradesh Governor Lalji Tandon yet again wrote to Chief Minister Kamal Nath urging him to hold floor test on March 17, sources said. This came even as the assembly Speaker adjourned the session till March 26 citing coronavirus scare, earlier in the day. Meanwhile, the BJP moved the Supreme Court against the Speaker. The plea was filed by the party is Shivraj Singh Chouhan vs Speaker NP Prajapati and it urged the top court to order a floor test to ensure a stable government in Madhya Pradesh.

Addressing a press briefing in Bengaluru he blamed Congress CM Kamal Nath for not hearing their ideas and demands for their respective constituencies, for even '15 minutes.'

After the much-awaited floor test in Madhya Pradesh was cancelled and the house was adjourned till March 26, state Law Minister PC Sharma on Tuesday lauded the Speaker's move, claiming that the BJP was holding the rebel Congress MLAs 'captive'. He also reiterated the demand that the MLAs should be brought back to the State for the floor test, even as the MLAs denied any such 'hostage' situation.

The crisis in the Kamal Nath government started when Congress alleged BJP of poaching 4 MLAs - Surendra Singh Shera, Bisahulal Singh, Hardeep Singh Dang, and Raghuraj Kansana when they were flown to Bengaluru. While two of them have returned to Kamal Nath's folds, 18 MLAs including six Cabinet Ministers - loyal to Scindia flew to Bengaluru on Monday. Though Kamal Nath dissolved his Cabinet, making 20 Ministers resign on Monday night at an apparent Cabinet rejig attempt, it failed and all six rebel Cabinet Ministers have been expelled.

In a major jolt to the Chief Minister, the former Guna MP Jyotiraditya Scindia formally submitted his resignation to Congress interim chief Sonia Gandhi on Tuesday. He then formally joined the BJP after he met Prime Minister Narendra Modi at the latter's residence along with former BJP party chief Amit Shah and has since then slammed the Congress saying 'it was not the same anymore'. He has since then been fielded by the BJP for the upcoming Rajya Sabha polls.