BJP MP Maneka Gandhi in a letter to Uttarakhand CM Trivendra Singh Rawat has accused state officials of a Rs 3000 crore scam comparing it to the Bofors scandal.

BJP MP Maneka Gandhi in a letter to Uttarakhand CM Trivendra Singh Rawat has accused state officials of a Rs 3,000 crore scam comparing it to the Bofors scandal. In the latter dated January 5, she alleged that Dr Avinash Anand, the CEO of the Uttarakhand Sheep and Wool Development Board, has misappropriated crores of rupees from the loan obtained by the Government of Uttarakhand from the World Bank.

In her 7-point accusations, she pointed out the misappropriation of the funds. Maneka Gandhi alleged that the CEO of the board Dr Avinash Anand has bought 'luxury cars' costing more than Rs 13 lakhs per car, residences in Noida with disproportionate assets and has purchased fodder for twice the rates.

Maneka Gandhi alleged that Avinash Anand has taken a large number of officers on deputation in the Sheep Board without creating any posts, thereby causing veterinary hospitals in districts to shut down. The letter also stated that he has kept a consultant for a salary of Rs 2.5 lakh per month which is more than the salary of Chief Secretary of the state and has bought old sheep from Australia which are not fit for breeding but only slaughter.

She added that none of this would have been possible without the complicity of another official Meenakshi Sundaram. "This is a fit case for the CBCID, CBI and ED. All the allegations I have made have already been ascertained through RTIs some of which are attached," she stated.

"Before this explodes into a major scandal since the amount of the loan is Rs 3000 Crores, I would suggest that this programme be stopped immediately and the appropriate action taken. This is equivalent to the scandals of coal, Bofors etc. To steal money from a loan is the worst kind of theft since the whole country has to pay back what one man has stolen," the BJP MP wrote in the letter, adding that she is forwarding a copy to the Prime Minister as well. Dr Avinash Anand has not responded to the allegations yet. 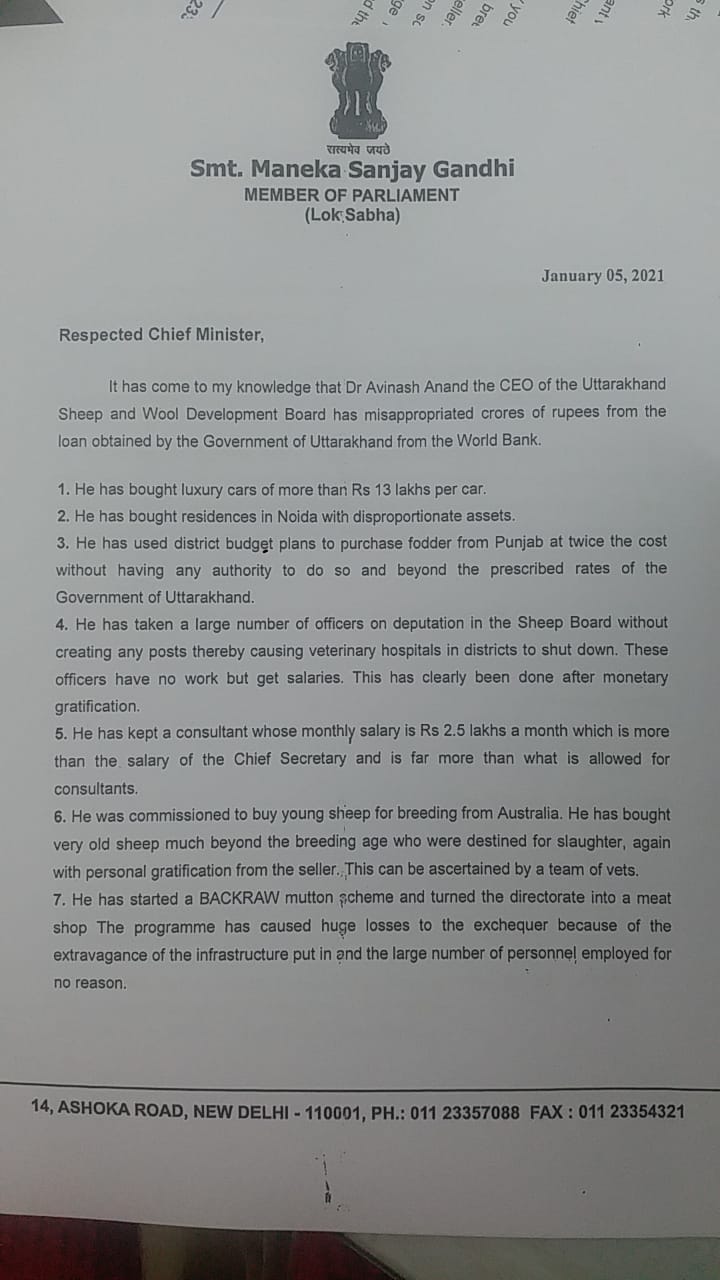 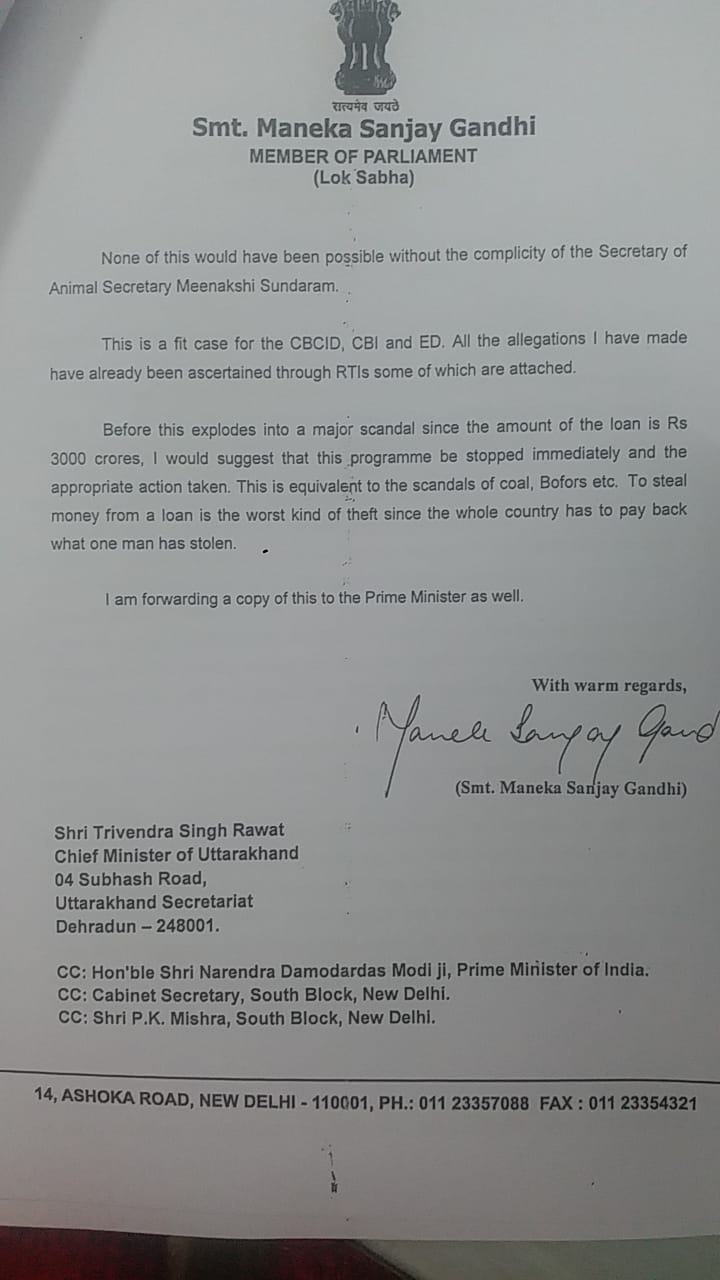