Kamal Nath has submitted his resignation to Madhya Pradesh Governor Lalji Tandon. His letter states "All that has happened in Madhya Pradesh in the last two weeks is a new chapter in the weakening of democratic principles." pic.twitter.com/agzKBsdbxh 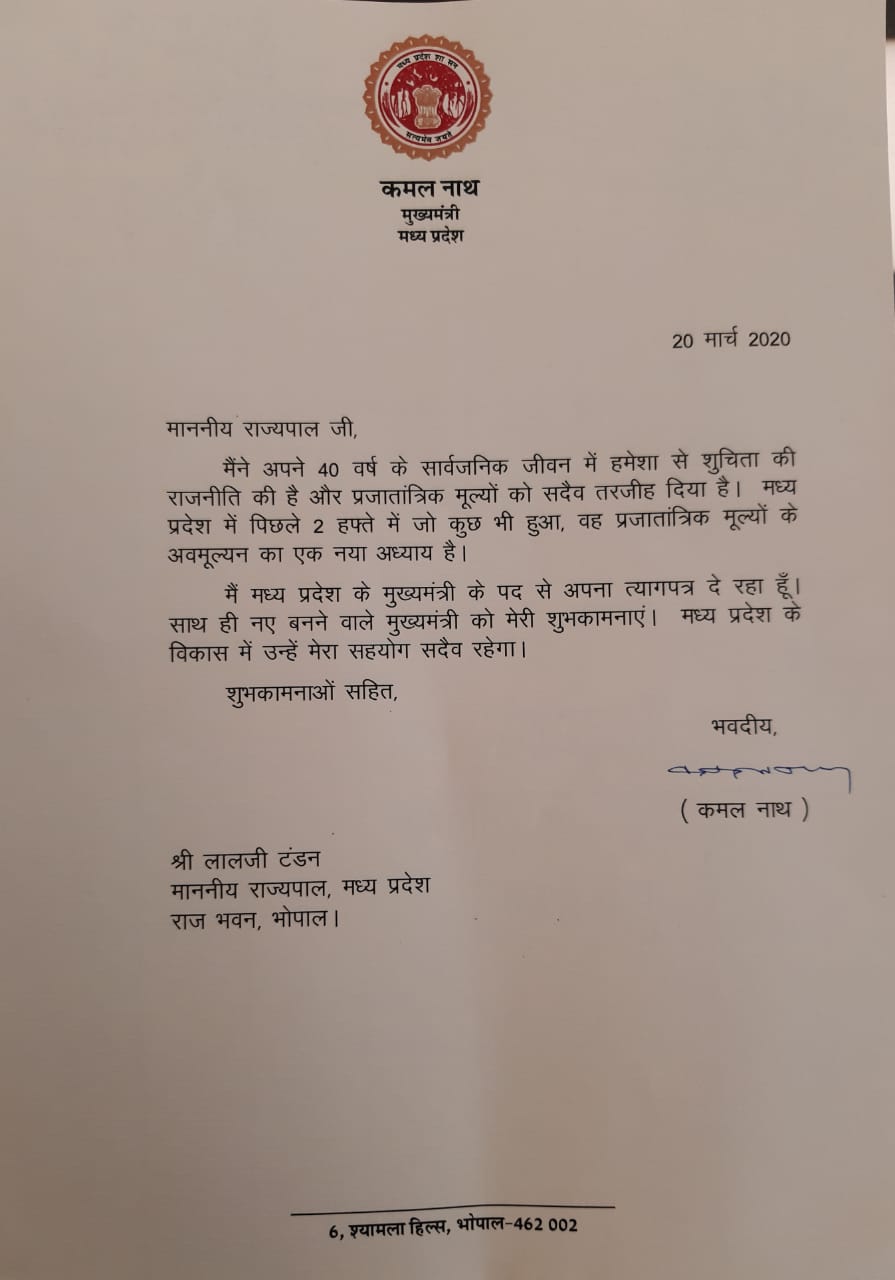 Speaking to media Kamal Nath said, "In 15 months, it was my endeavour to give a new direction to the State, change the picture of the State. What was my fault? What was my fault in these 15 months? The people of this country can see the truth behind the incident where MLAs are being held hostage in Bengaluru...The truth will come out. People will not forgive them. (BJP sochti hai ki mere Pradesh ko hara kar ke khud jeet jaaegi )(BJP thinks that they can defeat MP and win themselves). They can never do that."