To throw more light on the political developments in Maharashtra, Republic World spoke to senior journalist Sudhir Suryawanshi on his new book 'Checkmate'.

The politics of Maharashtra witnessed a huge upheaval after the Assembly elections in October 2019. Developments such as the falling apart of the winning BJP-Shiv Sena alliance, BJP’s Devendra Fadnavis joining hands with NCP’s Ajit Pawar to form an 80-hour government and Sena supremo Uddhav Thackeray taking oath as the Chief Minister of the state with NCP and Congress support went against conventional political belief. To throw more light on the behind-the-scenes political manoeuvres that happened in this phase, Republic World on Sunday spoke to senior journalist Sudhir Suryawanshi on his new book ‘Checkmate’. 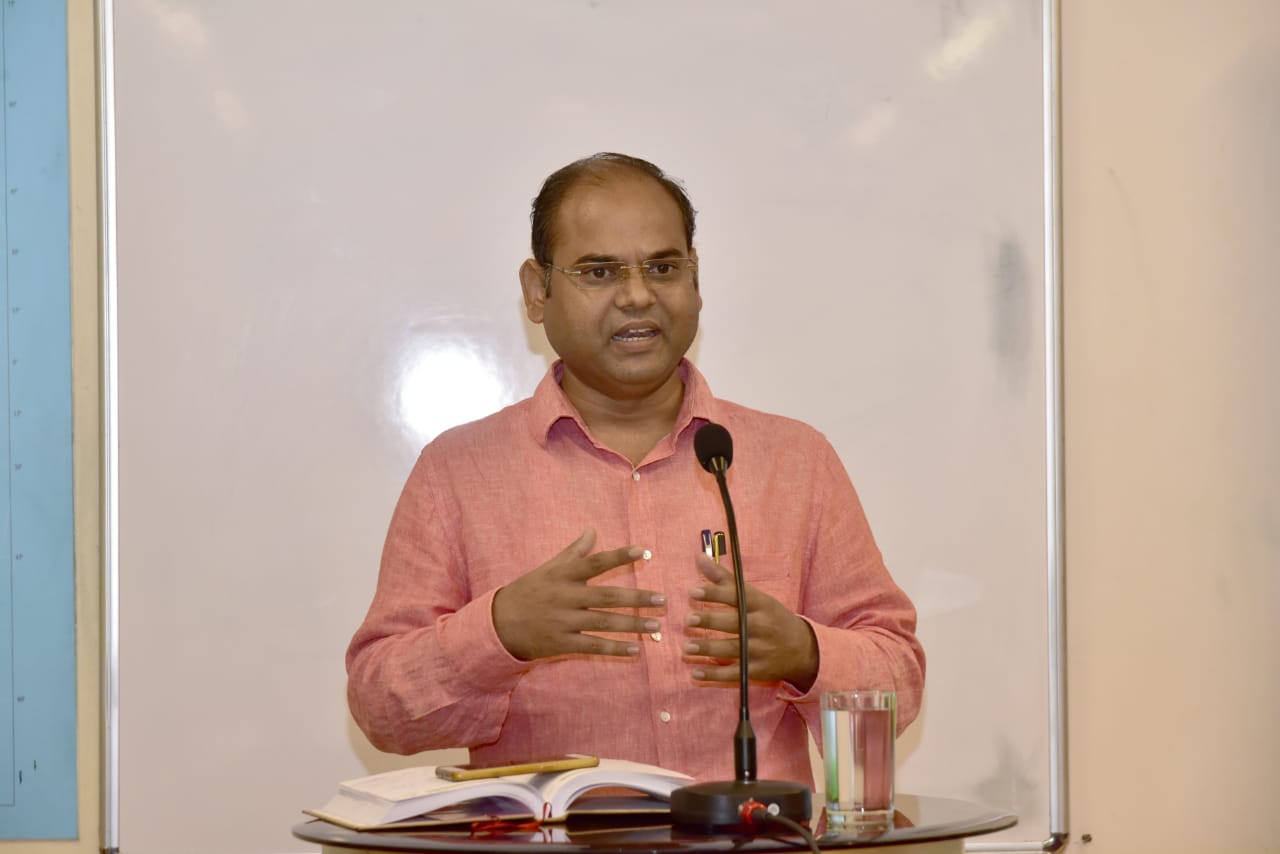 Q: You have mentioned that Devendra Fadnavis was instrumental in convincing BJP’s Central leadership to continue the alliance with Shiv Sena both before the state Assembly and Lok Sabha polls. What was the rationale behind this considering that there was a strong lobby opposing this?

A: There are a couple of reasons why Fadnavis was in favour of taking the support of Shiv Sena for the Lok Sabha and Assembly elections. He knew that if the vote gets split, there was a chance of the party losing many seats. If the Lok Sabha number goes down basically, then it can cast a shadow over his leadership as well in Maharashtra. That was one and foremost reason. The second thing is that if they form an alliance with Shiv Sena, there was no worry for them to come into power. They thought that Sena will not ditch them at the eleventh hour. Also, it was a natural alliance. Both parties share the same ideological background. Splitting vote share can help NCP and Congress in Maharashtra and they didn’t want to take that chance.

Q. Before the Lok Sabha elections, the Congress party was confident of getting a number of seats across the country. In that scenario, you have mentioned that top Congress leaders in Maharashtra were hesitant to contest the polls. What was the reason for that?

A: Even after winning the election in states like Rajasthan, Madhya Pradesh and Chhattisgarh, Congress was not sure of Maharashtra. In Maharashtra, the local body polls were comfortably won by BJP and Shiv Sena. On the other hand, there was Vanchit Bahujan Aghadi led by Prakash Ambedkar. This factor went against Ashok Chavan where VBA won more than 1 lakh votes. Here, they knew that the secular votes can be fragmented in two-three parties such as the NCP, Congress and VBA. If these leaders lost in Lok Sabha, the party would not have the faith to give them the ticket in Assembly elections. Their future might be dark if they lose Lok Sabha elections. Ashok Chavan lost the state president’s post. So, Balasaheb Thorat is the number one Congress leader in the state after he proved his mettle in the state Assembly election.

Q. Two leaders- Raj Thackeray and Sharad Pawar reacted in a very different manner to the ED summons. What does this speak about both these leaders?

Q. You have written about the long association between the Shiv Sena and the Congress. What played a bigger role in Congress president Sonia Gandhi agreeing for the alliance- was it local compulsions or the support given by the Sena in the past?

A: First and foremost, there was a huge pressure within the party in Maharashtra to the Central leadership to say yes to the alliance with Shiv Sena. The elected MLAs informed that it would be difficult for the party to survive in Maharashtra. Ideology was a major obstacle. They said that we have to survive first and then, we can fight with BJP. BJP is the number one political enemy of Congress than Shiv Sena. Whenever the Kerala lobby in the Congress raised the issue of ideology, Thorat and other state leaders stated that Sena’s ideology is not fixed like that of the BJP. They gave the example of Balasaheb Thackeray extended support to Congress during Emergency and how Raj Thackeray extended support to Congress candidates in the election. Balasaheb Thackeray also extended support to Pratibha Patil and Pranab Mukherjee despite being in NDA. They convinced Sonia Gandhi that the Sena will tone down its Hindutva and be more tolerant and secular. Sonia Gandhi insisted on inserting the word 'secular' in the CMP, but the Sena said that there is no need because we believe in the Constitution. They agreed that they would run the government with whatever was there in the CMP. The Thackerays and Gandhis have a good relationship, which is helping the government to run.

Q. One of the most interesting political actors during this phase has been Ajit Pawar. Do you think that he acts on the spur of the moment or his actions are a manifestation of the internal tussle within NCP?

A: There was pressure from Sharad Pawar and Supriya Sule that there should be many members of the Pawar family to contest the Lok Sabha election. Ajit Pawar insisted on his son fighting the election which he lost very badly. The rift started widening after the result of the Lok Sabha. There was a thought in the NCP that this was the last chance to promote Supriya Sule as a state leader. Many leaders wanted Supriya Sule to lead the party. There was a talk that Jayant Patil will be made Deputy CM and in the second half, Supriya Sule will be the Chief Minister. After this talk reached Ajit Pawar, he thought that he would be cornered in state politics.

Regarding the early morning swearing-in-ceremony of Ajit Pawar, there is a background. In 2014, Sharad Pawar extended unsolicited support to BJP after the Assembly elections. This created quite a lot of distance between Sena and BJP. The bargaining power of Sena was lost after the sudden stance of Sharad Pawar. Again in 2017, BJP and NCP decided to come in power. After the continuous criticism in Saamana, both Narendra Modi and Amit Shah decided that they should have an alliance with NCP. But first Sharad Pawar said that you should kick out the Sena. However, Amit Shah refused and maintained that the Sena will eventually leave the government. It didn’t work out in 2017.

The same trend was continued in 2019 as well when the Shiv Sena remained adamant on an equal division of ministries. The meeting happened between two senior leaders of BJP and NCP in Delhi. But it didn’t work out. But Sharad Pawar ditched Devendra Fadnavis at the last moment. Ajit Pawar wasn’t in favour of working under Uddhav Thackeray and he thought that this three-party government will not be a stable government and the Congress will continue to demand more like the previous 15-year government. He tried to manage the government but failed because the number was not in his favour. Also, Amit Shah and Devendra Fadnavis were misled by Ajit Pawar’s support from NCP MLAs.

A: NCP was trying to stitch an alliance with BJP. Similarly, no one was sure whether the three parties will come together and form the government. Because, looking at the ideological difference between Shiv Sena and Congress, everyone was saying that these extreme poles will not come together. These different developments were happening at different locations. In Maharashtra, Uddhav Thackeray thought that if Congress and NCP can support the Sena, he can fulfil the promise given to his late father Balasaheb Thackeray. As he thought that it is the right time to have a Sena CM, he stopped taking calls from Fadnavis and other RSS leaders. There was no communication between BJP and Thackeray; so, there was no point in Amit Shah to get insulted at Matoshree. Fadnavis said that Sena was not ready to talk, so there was no question in resolving the issue.

Q. In the book, Sharad Pawar has been quoted in a private conversation as being uncomfortable with Fadnavis as the CM candidate. Will the chances of a BJP-NCP government in the future increase if Devendra Fadnavis is replaced as the CM face of BJP?

A: Nitin Gadkari’s name was proposed. But Modi didn’t want to remove Fadnavis from Maharashtra CM post. However, a lot of water has flown under the bridge. As we say, politics is the art of all possibilities. Anything can happen as seen in Maharashtra. No one is untouchable in politics. BJP and NCP can form the government in the future if anger grows against the three-party government. For instance, if Uddhav fails to handle the COVID-19 situation or delivers on the promises, then the NCP can change its stance at the eleventh hour. Recently, Sharad Pawar supported Narendra Modi in the dispute between India and China on the Galwan Valley. He has not supported the criticism of Rahul Gandhi. Pawar shares a good relationship with Narendra Modi.