JK Rowling's new book "Troubled Blood" has been released on September 15, 2020. Find out what is the English author's newly published book about.

English author JK Rowling is best known for writing the incredible Harry Potter series. On September 15, the world-famous author released her new book from Cormon Strike series and it is called Troubled Blood. Troubled Blood was preceded by the authors’ previous book Lethal White, which is also a crime thriller.

Both these books have been published under 55-year-old author’s pseudo name Robert Galbraith. However, the release of the highly anticipated Troubled Blood has whipped up fresh controversy on Twitter as the book’s plot has left its readers divided. Read on to know, “What is JK Rowling’s new book about?”

What is JK Rowling’s new book about?

Fans of the Harry Potter series will be shocked to know that JK Rowling’s new book features a cross-dressing serial killer. According to a review published in The Telegraph, Troubled Blood focuses on the investigation into a cold case, which is the mysterious disappearance of GP Margot Bamborough in 1974. Bamborough is thought to have been a victim of Dennis Creed, a transvestite serial killer. Transvestite is a term used to refer to a person, typically a man, who derives pleasure from dressing in women’s clothes.

As the private detective, Cormoran Strike and his assistant Robin Ellacott dive headfirst into the case, they unfold clues that will leave the readers in shock. JK Rowling’s new book spans across 900 pages and features a series of non-stop conversations with numerous witness who are now very old and have faded memories. Thus, making the job of Strike and Robin even more difficult. It is important to remember that Troubled Blood is twice as long as the earlier books in Cormoran Strike series.

JK Rowling is known for writing very candidly about her character’s personal lives. The last book of the series, Rowling gave the readers an insight into Robin’s marriage. Now that Robin is finally separated from her husband Matthew, fans can expect her to indulge in some romance if the hectic investigation permits her some time.

In the recent year, the Harry Potter author received a lot of backlash for her comments expressing her views on trans issues. Back in June 2020, Rowling had mocked a headline that said, “people who menstruate” instead of “women who menstruate.” Following this Rowling faced a seemingly interminable stream of backlash on the internet and was accused of being transphobic. Given the serial killer in her new mystery thriller book is transvestite man, Rowling is facing fresh accusations on Twitter of being transphobic. Troubled Blood’s moral is being interpreted as Rowling trying to tell her fans to never trust a man in a dress. Since the release of the book #RIPJKRowling began trending on Twitter, with many users claiming that she is killing her career. Troubled Blood has left Twitter very divided. 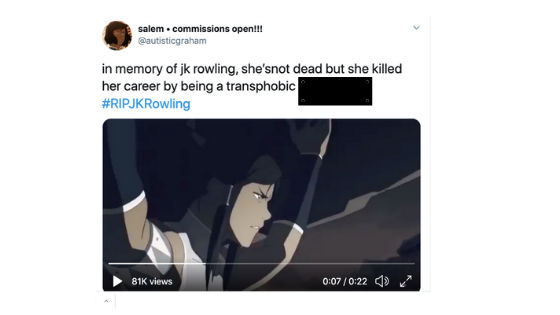 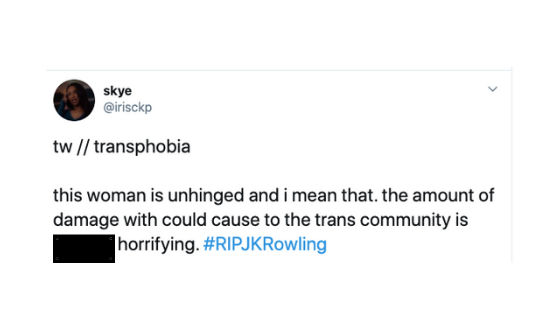 The #RIPJKRowling highlights the hideousness of the 'just be kind' crew. Women who question the transgender narrative & wont submit to male demands are faced with abuse, death threats etc. The men are saying submit or we will smudge you out. #IStandWithJKRolling

I can't wait to read #TroubledBlood ðŸ¤“
Meanwhile, a bunch of narcissists have started a #RIPJKRowling to show us exactly why JK Rowling is 100% correct to stand with women in our fight to keep males out of female-only spaces. Btw # can be reported as abusive. #IStandWithJKRowling