Lily Collins of 'Emily in Paris' fame shared make-up routine for Vogue Magazine. Take a look at the video and fans' reactions to it.

Actor Lily Collins, who played Emily in the recent Netflix Original Emily In Paris, has shared the Day to Night French Girl make up Routine. The actor has shared a step-by-step elaborate routine while she also talks about embracing her features. Take a look at the video.

Lily Collins did the makeup video for Vogue magazine and it has been uploaded on their YouTube channel. The actor has gone into detail with her step by step routine, starting with cleansing her face to applying her lipstick and doing her hair. She has addressed her issues with her facial features earlier and how she went on to embrace them in recent years.

The actor spoke about how as a teenager, mascara and Juicy Tubes lip glosses were her favourites and she would want to get the glosses in all colours. Comments on the video saw a lot of appreciation for Lily and how she came on camera without makeup in the beginning. People also mentioned how her eyebrows and lashes don’t even need a product to enhance and that she is naturally got real great features. Have a look at the comments. 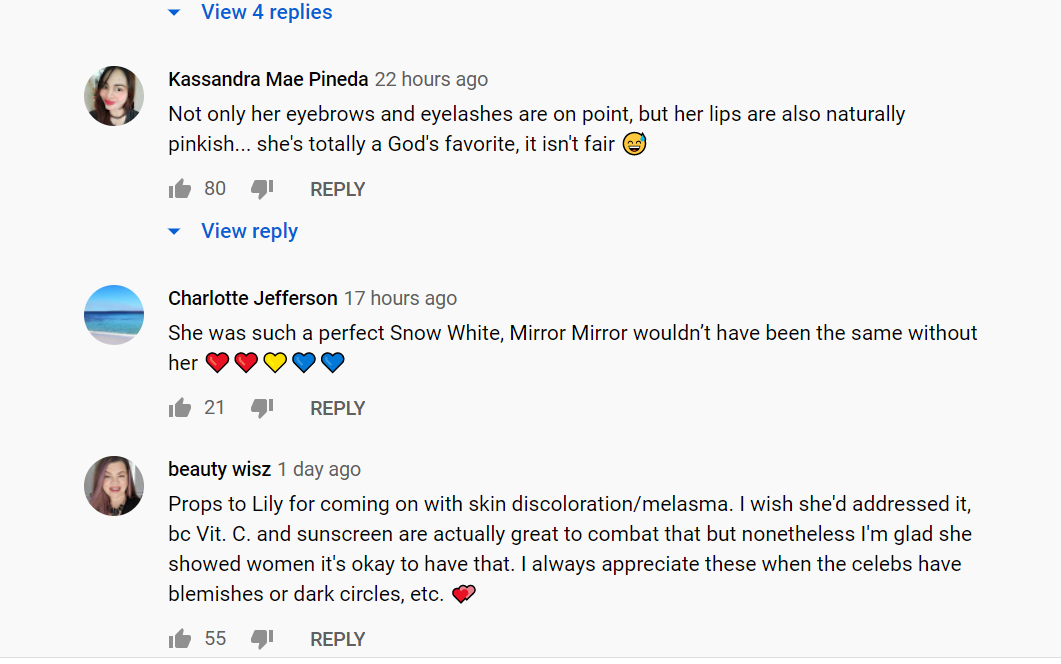 More about the show Emily in Paris

Emily In Paris is an American dramedy, directed by Darren Star, that made it to Netflix on October 2, 2020. The series is lead by Lily Collins playing the character of Emily, an American girl who moves to Paris to explore a job opportunity. The series’ cast also includes Ashley Park, Philippine Leroy-Beaulieu, Lucas Bravo, Samuel Arnold, Camille Razat, and Bruno Gouery.

The plot of the show revolves around Emily who is from Chicago and is starting her life in Paris. She is assigned to introduce a reputed French marketing firm to an American point of view. She has a series of new experiences as she deals with the challenges of living in a new city, while she also taking care of her career, finding new friends and love life.