Shani Jayanti: All About Its Significance, Puja Timings & Rituals Performed On This Day

The birth anniversary of Shani Dev is celebrated as Shani Jayanti and Shani Amavasya. This year Shani Jayanti falls on May 22. Read on to know more about it. 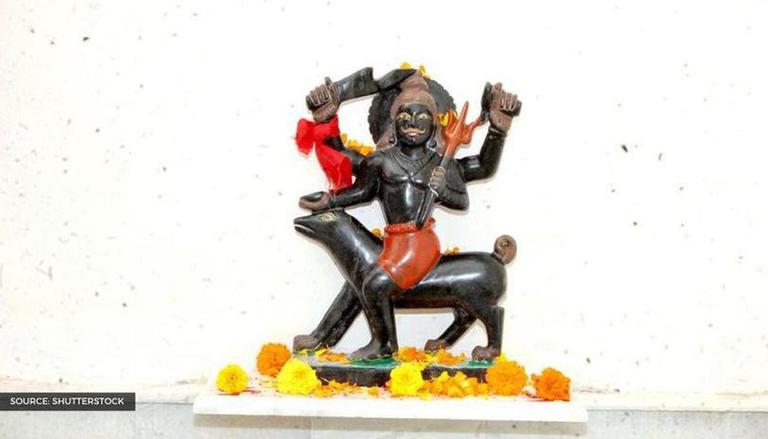 ALSO READ| What To Do On Shani Jayanti & Other Common Questions Answered About It?

Shani is a deity according to medieval era texts, he is considered inauspicious and is feared for delivering misfortune and loss to those who deserve it. Shani Dev is capable of conferring boons and blessings to the worthy depending on their karma. According to mythology, he is the son of Surya Dev and Chhaya. As per Hindu texts, Peepal tree is considered as the residence of Shani Dev.

ALSO READ| Shani Jayanti Wishes To Share With Your Loved Ones On The Auspicious Occasion; Check Out

ALSO READ| Vaishakha Amavasya 2020: Check Out Its Significance And History

On Shani Jayanti, devotees pray to Lord Shani for bestowing them with blessings, good fortune and health. There is often a sense of fear which is invoked in people while praying to Shani Dev, as sadhesti and dhaiya make people dread their fate more. According to religious belief, Shani Dev is another name for justice and he makes individual go through whatever karma he or she has done.

On Shanti Jayanti, devotees also observe fast and also bathe Shani Dev’s idol in panchamrut. Fruits and flowers are offered to the lord in order to carry out Panchopchar Puja. Shani Chalisa is recited by many devotees. It is believed that donating things to the poor and needy turns out to be beneficial to save themselves from Shani’s wrath. Shani Bhakt’s also feed cows and dogs on this auspicious day. However, this year during Shani Jayanti people will perform rituals at home as the country is under the lockdown due to coronavirus pandemic.