Currently, Gara Altyn are ranked seventh on the points table with four wins and nine losses. They last played Burgut, who they defeated with a 65-57 score. Arslan Charyev was the top scorer of the team with 17 points and 14 rebounds. Shalar Khydyrov led their defence with 12 points, 20 rebounds and 2 blocks.

Gennadiy Morozov and Shalar Hydyrov also scored 16 and 12 points respectively. This season, the team is averaging 53.2 points, 40.2 rebounds and 7 assists per game while shooting 37.6% from the field.

Gurlushikchi is currently ranked fourth on the points table with nine wins and four losses. Despite their bench players providing the much-needed backup to their starters, the team lost their last game against Talyp Sport with a 62-42 score. Muhammet Begenjov is leading the team with a double-double average of 23.3 points and 14.7 rebounds per game.

Aleksandr Pashkov and Begench Akmammedov scored 16 and 13 points respectively. This season, the team is averaging 81.4 points while shooting 47.2% from the field and making 50.3% of their free throws. 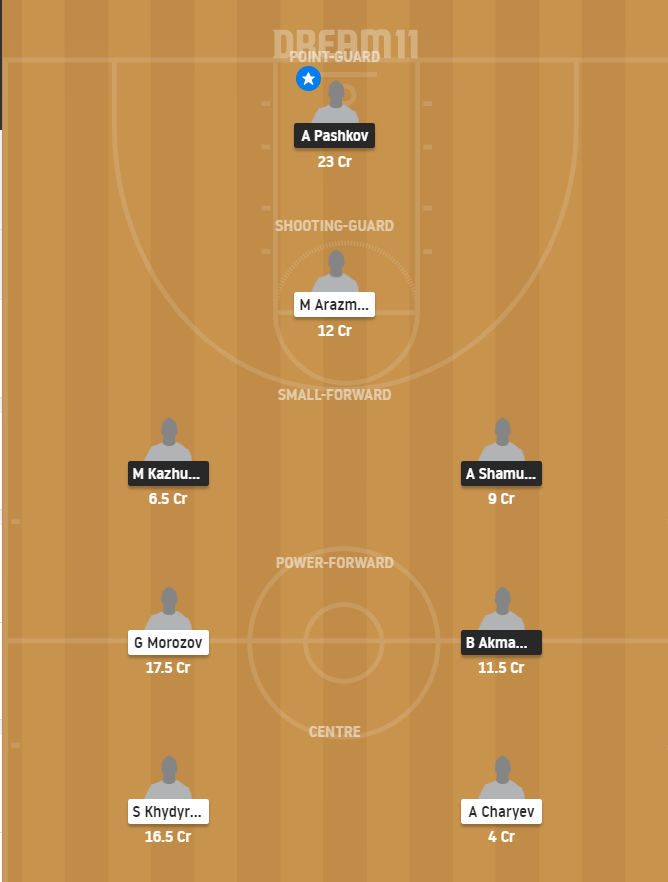