How Much Has Kyrie Irving Donated To Good Causes In USA During The NBA 2020-21 Season?

According to recent reports, Brooklyn Nets star Kyrie Irving has come out to donate millions of dollars to the causes he supports in the past one year. 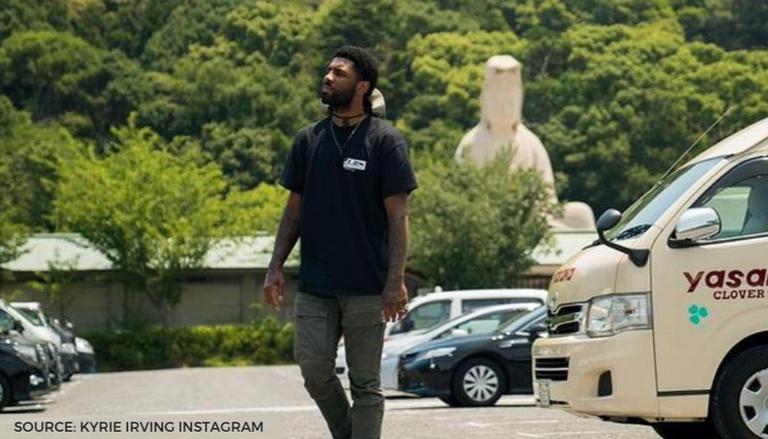 Recently, Kyrie Irving has been at the receiving end of some harsh criticism as he missed seven consecutive games for the Nets. The six-time NBA All-Star was seen partying without a mask, causing fans to question his commitment and the NBA to levy a $50,000 fine for protocol violation. However, his commitment to social causes remains unquestioned as reports look at the multiple donations Irving made in 2020 alone.

When the NBA season was to resume at the Orlando bubble last year, Irving was highlighted as the player against the decision. The 28-year-old wanted to focus and make most of the opportunity given, supporting the Black Lives Matter movement however they could. Throughout his time in the league, Irving has made countless donations, always stepping up when needed.

One of his most significant moves was to pledge $1.5 million to the WNBA players who opted out of the 2020 season. In his statement, the 2016 NBA Champion spoke about helping any person who has decided to opt-out to "fight for social justice, play basketball, focus on physical or mental health, or simply connect with their families".

"I want to make changes daily. There are so many oppressed communities and so many things going on that are bigger than a ball going in the rim"

Kyrie Irving speaks on mental health, along with the political and social environment in America: pic.twitter.com/7UebJABzMm

Irving emphasised that this is an initiative aimed at supporting their priorities and decisions. Per reports, payments were to be distributed via KAI Empowerment Initiative, which was launched by Irving himself.

Additionally, Irving has also paid the college tuition fees for nine HBCU students from Lincoln University. To honour the late Kobe Bryant and help out during COVID-19, he gave $323,000 to Feeding America along with Lineage Logistics, who put in $200,000 of its own to help people deal with the coronavirus outbreak. He also teamed up with City Harvest to donate 250,000 meals in New York.

Reports also speak about his partnership with Nike, which will donate 17 pallets of food and 50,000 masks to Standing Rock Sioux reservation. More recently, Stephen Jackson spoke about the Nets guard gifting a house to George Floyd's family.

When will Kyrie Irving return to play with the Nets?

Irving has missed seven games with the Nets after initially pulling out of one due to personal reasons. While he apologized for being away, he refused to discuss the matters involved. Though the team is yet to confirm, Irving might return to play against the Cleveland Cavaliers on Wednesday (Thursday IST).

Kyrie Irving salary and net worth

According to Celebrity Net Worth, Irving's net worth is $90 million. Forbes reports that most of his income comes from endorsement deals, which includes brands like Pepsi and Nike. In 2019, he signed a $141 million deal with the Nets. Per Spotrac, that will amount to a total of $230,126,849 in career earnings.

Also read | Kyrie Irving net worth: How much is Brooklyn Nets star worth now?