A few hours before the last two episodes of Michael Jordan's The Last Dance were released, the 1985 Michael Jordan game-worn shoes were sold for $560,000

The shoes were reportedly owned by the shoe collector Jordy Geller and broke the previous record of a pair of moon shoes. They were an original prototype of Nike's first shoes that were given to University of Oregon's runners by Oregan coach and Nike's co-founder – Bill Bowerman. Geller sold those shoes in July 2019 for $437,500 via Sotheby's. In their press release, Sotheby's referred to the Nike Air Jordan 1s as 'one of the most important basketball Sneakers of all time made exclusively for the legendary NBA Chicago Bulls player'. Bidders ranged from age 19 to 50, and around 70% of the bidders were new to the auction site. 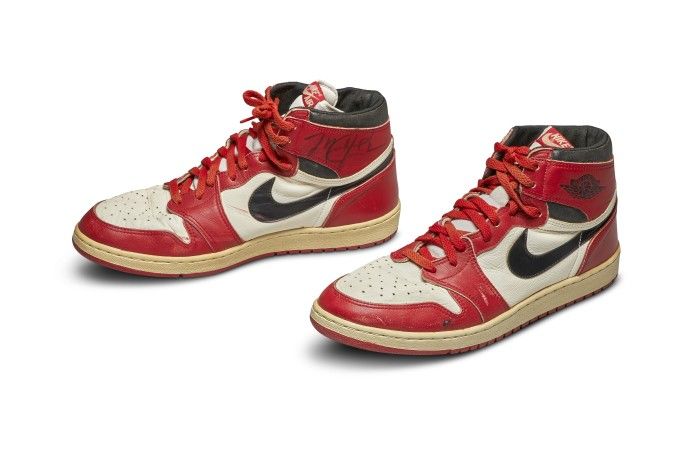 Geller had acquired the 1985 Air Jordan 1s in 2012 and apparently decided to part ways with them as Jordan's memorabilia started selling for thousands post the release of The Last Dance. The prices have gone up the past week, as the ten-part docu-series will air its final two episodes this week. As per Action Network, Geller stated that tweets convinced him to sell the shoes as 'now is the right time'. Brahm Wachter, who conducted the Sotheby's auction, stated that Geller has always had a 'great sense of timing for these things'. The auction house is also thrilled for the price, and consider it a telltale sign of Jordan's legacy. The shoe sold for more than what Michael Jordan made when he first signed with Nike with a $500,000 a year deal.