While talking to the media after missing seven back-to-back games for the Nets, Kyrie Irving apologized to his fans for his extended absence from the NBA. 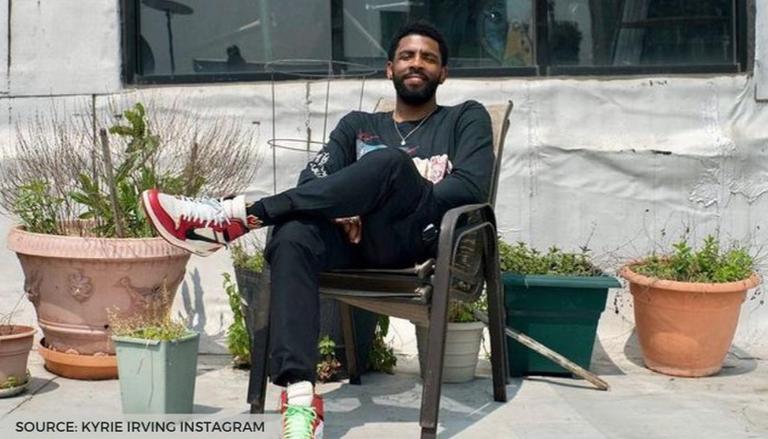 After being away for seven games, Brooklyn Nets star Kyrie Irving is finally back. While talking to the media, the 2016 NBA Champion spoke about his reasons for being away from the court, promising to focus on his game properly. While there has been no proper announcement from the team, Irving is expected to play in the Nets' next game against the Cleveland Cavaliers.

Also read | Kyrie Irving return to Nets with Harden, Durant set to be against the Cavaliers?

Kyrie Irving apologizes to fans he disappointed by not playing. "I am back, I am happy to be back, we got some great pieces and we move on and I let my actions and my game speak for itself like I planned on doing. I just needed a pause."

Days ago, it was reported that Irving would miss games because of some personal reasons. Later, a video of him partying while celebrating family birthdays was shared online. He was also fined $50,000 by the team for violating the health and safety protocols. When asked about the same, Irving avoided the question.

Kyrie Irving when asked if he knew he violated the NBA's health and safety protocols:

"It's time to move on. Happy to be back" pic.twitter.com/uNPnj2d2lW

However, he did address him being away, even apologizing to fans. While he did not delve into the details of his "family and personal stuff going on", he did mention he was "happy to be back". "We got some great pieces and we move on and I let my actions and my game speak for itself like I planned on doing," Irving said, speaking about the James Harden trade and referring to his earlier words about letting his game speak for itself.

"I just needed a pause," said the six-time NBA All-Star.

When addressing his return, Irving also spoke about starting out as a fan. The 28-year-old has been "invested" in the organization since childhood and is determined to provide Brooklyn with something more – not limited to an NBA championship. "For me I’m just taking every day, being grateful".

So Irving's return to the Nets and debut alongside Kevin Durant and James Harden likely comes with Wednesday and Friday games in Cleveland. Irving has only returned to play once there since his trade to Boston in the summer of 2017 -- on opening night in October of that season.

Is Kyrie Irving vs Cavaliers confirmed?

As Irving is back with the Nets, his return date is expected to be the Nets game against the Cleveland Cavaliers on Wednesday (Thursday IST).  As per reports, this will be the second time since his 2017 trade to come back and play there against his former team. Before spending two seasons with the Boston Celtics, Irving played six seasons with the Cavaliers, winning the 2016 championship.

"Hopefully, we're close. I can't really give you a firm update on that," head coach Steve Nash said while talking to New York Post about Irving's return. Nash explained that while they want him back soon, they have to make sure he is "not susceptible to unnecessary injury". The Hall of Famer spoke about Irving being a brilliant player, not worrying about him falling out of rhythm.