In his autobiography Darkness To Light: A Memoir, former Lakers star Lamar Odom revealed his struggle with drugs and relationship issues with Khloe Kardashian. 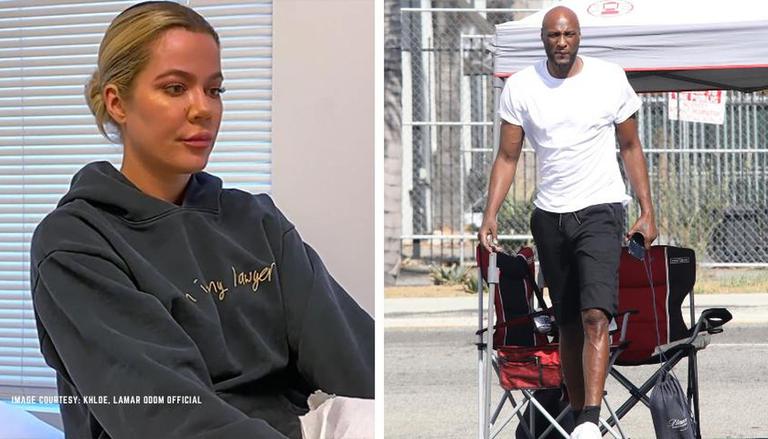 Lamar Odom and Khloe Kardashian's relationship appeared to be a fairytale when the media caught wind of their relationship. The pair met in 2009 and tied the knot within a month's time. However, while everything seemed hunky-dory from the outside, there was seemingly a lot of chaos under the facade of the Lamar Odom Khloe Kardashian union. In his recently published autobiography Darkness To Light: A Memoir, Lamar Odom spoke about his long-term struggle with drugs and how it affected his relationship with popular reality TV star and ex-wife, Khloe Kardashian.

When we fall to the bottom of the hole that we’ve spent our lives digging, we will find that God was there waiting for us long before we showed up. And in one hand He’s holding all of the shovels that we used to dig it, and in the other He’s got a ladder. Pick wisely ✊🏿❤️ pic.twitter.com/XlVhSPfPH3

Lamar Odom Khloe Kardashian were married between 2009 and 2016. The former Lakers star gave the general public an insight into his battle with drugs, cocaine in particular, which brought a nasty end to his NBA career. After their marriage in 2009, Lamar Odom Khloe Kardashian were filming the second series of their Keeping Up With The Kardashians spin-off, Khloe & Lamar. In his book Darkness To Light: A Memoir, the Lamar Odom drug addiction problem is highlighted as he writes "I could not handle the potentially lethal cocktail of the spotlight, drug addiction, a diminishing basketball career, and infidelity. Oh, did I mention the paranoia, anxiety, depression, hangovers, withdrawal, and rejection? But back to the infidelity ... I struggled to remain faithful. I couldn't keep my d*** in my pants or the coke out of my nose."

Lamar Odom began spending more time in his 'man cave' that had custom-made leather chairs and a cigar bar. He stated that he loved spending time in his room and that's where he usually did drugs like cocaine which his wife Khloe Kardashian was not aware of. He further wrote, "I'd be down in my cave snorting insane amounts of coke, waiting for my d*** to get hard like that first time at the Shore Club in Miami seven years ago. Then I'd run upstairs to the bedroom, where Khloe was waiting. She didn't ask any questions. I'd always hit the lights and take care of business."

However, during one bad addiction session (ecstasy coupled with cocaine), Lamar Odom began hallucinating and refused to come out of his man cave. He wrote that Khloe did not know what to do and called a couple of Lamar's friends to come over and help her sort things out. However, the Lamar Odom drug addiction had reached a new high and he was convinced that all of these people were out to kill him.

Odom claimed he came out after an hour or two and startled Khloe threatening to kill her for embarrassing him. He continued, "I opened it suddenly and grabbed her forcefully by the shoulders which frightened her. What the f*** are you doing?' I screamed, out of my mind. 'You try to embarrass me in front of my friends? I'll f***ing kill you! You don't know what I'm capable of!' She ran back upstairs and slammed the door." The former Clippers star has come a long way since then and has successfully gone through rehab and seemingly put all his demons to rest.