In a recent episode of Taylor Rooks' 'Take It There', Trae Young talked about his comparisons to Luka Doncic and how he is now learning to embrace them. 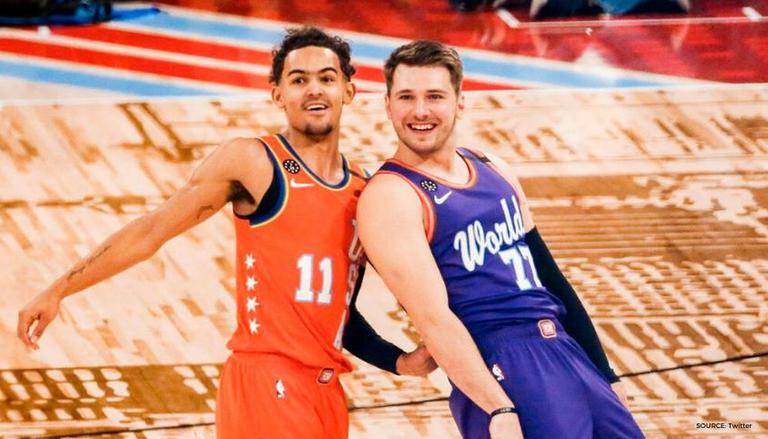 Both NBA 2018 draftmates, NBA star rookies Luka Doncic and Trae Young have been compared multiple times over the span of their two-year-long NBA careers. In a recent episode of Taylor Rooks' Take It There, Trae Young talked about his comparisons to Luka Doncic, and how he is now learning to embrace them. Trae Young, who is a year younger to Luka Doncic, is currently ranking above Luka Doncic this season with an average of 29.6 points per game.

NBA 2019-20: Trae Young is slowly getting used to the comparisons between him and Luka Doncic

Trae Young thinks his comparisons to Luka Doncic are annoying

“It’s annoying, but it’s gonna be that way till we’re both done playing.”@TheTraeYoung has learned to embrace the fact he and @luka7doncic will be linked together forever. New “Take It There” with @TaylorRooks 📺 https://t.co/DnMvH3NfUJ pic.twitter.com/x44arjs0fk

While talking to Rooks, Trae Young revealed that he believes that the comparisons are often annoying. However, he is aware that he and Luka Doncic are going to be compared until they are done playing basketball and has decided to embrace. Though both players have their own unique gameplay, they have both broken multiple records over the span of two years, earning a spot besides NBA legends like Michael Jordan.

Luka Doncic, who bagged the NBA Rookie of the Year award last season, is currently averaging at a near triple-double with 28.7 points, 9.3 rebounds and 8.7 assists. Trae Young is averaging at 29.6 points, 4.3 rebounds and 9.3 points per game. Both Trae Young and Doncic were among the first few NBA players to comment on the coronavirus outbreak, asking people to stay safe and healthy.