Bradley Beal wife: The Washington Wizards star's wife Kamiah Adams took on haters online after her husband led his team to a comeback win over the Nets.

Bradley Beal's wife Kamiah Adams has had a rough few days online pretty much like the Washington Wizards. However, Beal ensured those dry spells came to an end after he turned on the heat as the Wizards defeated the Brooklyn Nets in a thrilling contest. But that wasn't it as Adams went off on Twitter, defending her husband and the team after they returned to winning ways.

The Washington Wizards completed an incredible comeback win over the Brooklyn Nets with Bradley Beal and Russell Westbrook rising to the occasion to seal the tie 149-146 in the dying moments. However, Beal took some time to get into the game and had a sluggish first half. That led Rob Perez, better known as WorldWideWob, to post a highlight reel of the 27-year-old’s first half, where Beal clearly looked disinterested. However, the Wizards star turned it around in the second half, as he went on to score 37 points, including a clutch three to set up the win.

Slow start? Sure.
Night off? Never.
My husband leaves is ALL on the court every time he steps out there.

Kamiah Adams also turned out, asking Rob Perez to also post the highlights of the second half where Bradley Beal was back to his usual self. Beal's wife also had a few words for everyone who was criticising Beal after his first-half performance. She tweeted: "My response to all my mentions. 34.9ppg Enjoy y’all night arguing with yourselves," aiming her tweet at everyone flooding her replies, reminding them that Beal is leading the NBA in scoring this season. Adams has been vocal in her support for her husband in this turbulent season, with the Wizards currently at the bottom of the Eastern Conference table with a 4-12 record.

My response to all my mentions.

Bradley Beal and his wife Kamiah Adams have two sons together. In August 2020 Beal sold his 12,000 square-foot French Provincial-style McLean, Virginia mansion for $3.5 million to the co-founder of &pizza, entrepreneur Steve Salis. She called out online after publishing a story on her Instagram profile just hours after MLB legend Hank Aaron's death. Kamiah Adams suggested that the MLB legend's family verified that Hank was not ill and linked it to him receiving the COVID-19 vaccine just weeks before his death. 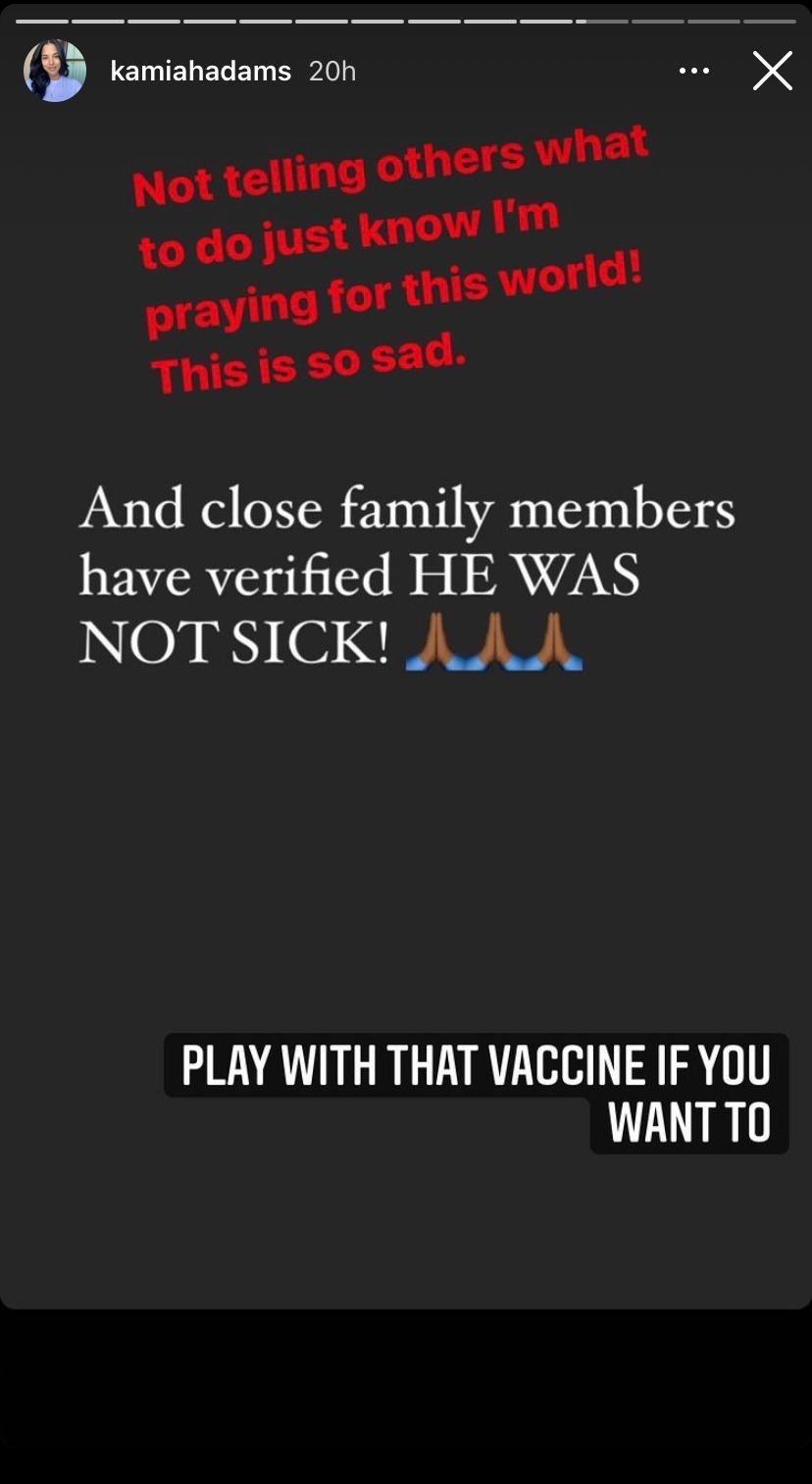 Despite the Wizards' struggles, Bradley Beal has been in fine form throughout the season. According to Basketball-reference, the 27-year-old averages 34.9 in 15 games this season, with 5.1 rebounds and 4.7 assists. Beal has a 47.9 FB percentage and completes 89.1 per cent of FTs.