Assam Chief Minister and former Union Sports Minister Sarbanand Sonowal has been elected president of the Assam Olympic Association unopposed on Sunday. Sonowal, who had first advocated for a uniform sports code in the country, will now get an opportunity to be at the other end of the fence and lead by example in cleansing the sports administration of corruption.

A big achievement for Sarbanand Sonowal

This was the first time ever that a former Union Sports Minister who happens to be a current CM of a state, has been elected president of any state Olympic association in the country. Sonowal was Union Sports Minister for two years from 2014 to 2016 and since then the Chief Minister of Assam. He was the lone candidate for the post of president while there was a contest for other posts which included General Secretary, Vice President, Treasurer, Joint Secretary, and Assistant Secretary. Lakhya Kunwar was elected the general secretary while Tapan Kumar Das became the treasurer and there were multiple office bearers for other posts -- vice president (10), joint secretary (4) and assistant secretary (5).

Following candidates have been elected for the respective posts: 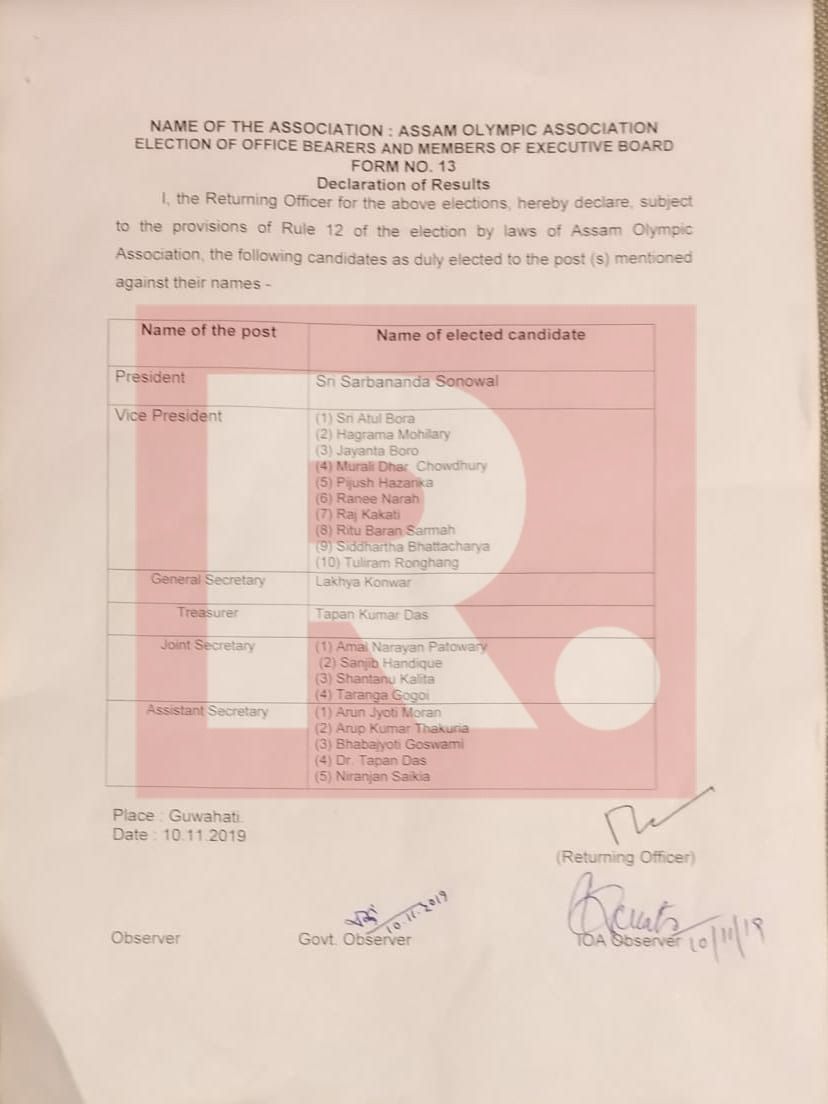