'Dhoni Went On For Years As India Captain': Vaughan Says How Buttler Can Follow MSD's Lead

Buttler was appointed the captain of England's white-ball team earlier this year after Eoin Morgan announced his retirement from the national setup. 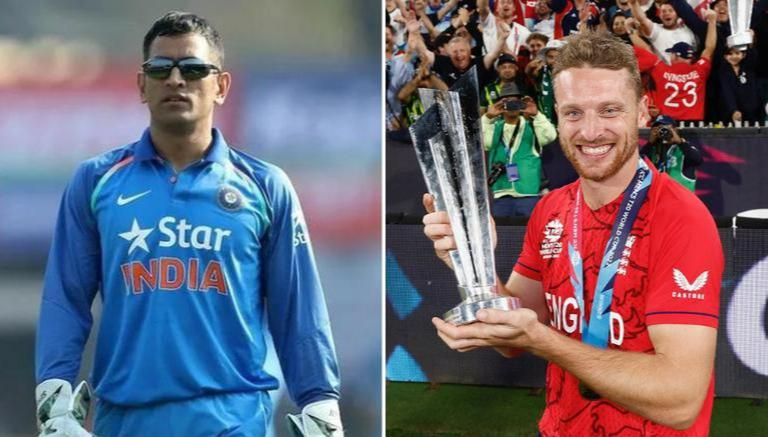 
Former England cricketer Michael Vaughan has drawn comparisons between Jos Buttler and India's legendary captain MS Dhoni. The former wicketkeeper-batsman is the only captain in the history of the modern game to win all three ICC trophies for his country. Dhoni captained India in white-ball format for nearly a decade. Vaughan has said that Buttler can do the same now that he has won the World Cup so early in his career. Vaughan has backed Buttler to build his own legacy similar to how Dhoni did it as captain of the Indian team.

"Now Jos Buttler has landed the World Cup at the first time of asking and at the age of 32 he has the chance to build his own legacy. MS Dhoni went on for years as India captain. Buttler can do the same, especially now he is concentrating on one format. There is steel there too. You can see it in Buttler's eyes," Vaughan wrote in The Daily Telegraph.

Dhoni took over the reign of the Indian Cricket Team in 2007 and in his first major assignment as captain came at that year's T20 World Cup in South Africa. India managed to win the tournament under Dhoni's leadership following which the Ranchi-born cricketer was able to establish himself as the permanent captain of the Men in Blue. Under Dhoni's captaincy, India went on to win the 50-over World Cup in 2011 and also the Champions Trophy in 2013.

Buttler as captain of England Team

Buttler, on the other hand, was appointed the captain of England's white-ball team earlier this year after Eoin Morgan announced his retirement from the national setup. His first series as permanent captain was at home against India, which England lost 2-1 in both T20Is and ODIs. Buttler's first major tournament as captain was the T20 World Cup 2022, where he not only finished as England's highest run-getter but also helped his team win the competition for the second time in history.

Buttler is currently playing an ODI series against Australia. In the ongoing first ODI in Adelaide, Buttler scored 29 off 34 balls before being dismissed by Adam Zampa.