IPL 2021 Suspension Could Be Blessing In Disguise For Sourav Ganguly And Co.; Here's How

The IPL 2021 postponed decision was the last thing the BCCI had in mind, but it could open up an interesting opportunity for them in the future. 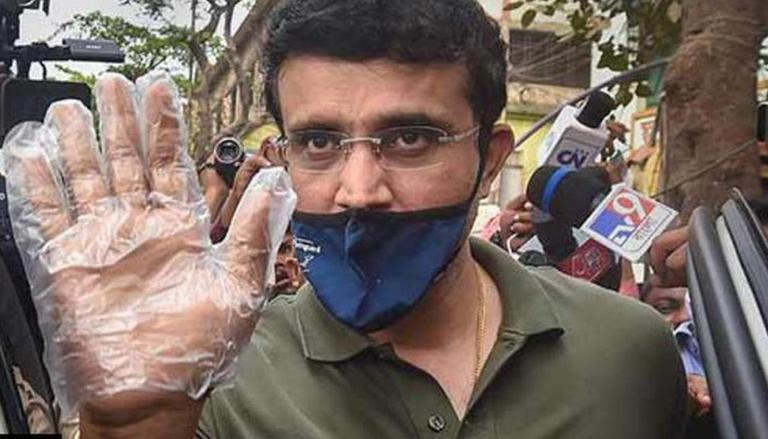 The IPL 2021 getting postponed due to an alarming rise in coronavirus cases in India as well as the tournament's bio-bubble, has shocked many cricket enthusiasts and stakeholders in the country. And understandably, sharp reactions have been justified even as critics continued to advocate stopping the tournament due to the ongoing public health crisis in the country. However, as it is often said - 'There is always light at the end of the tunnel'. And seeing the India cricket schedule 2021, there lies a huge possibility that the Sourav Ganguly-led BCCI administration might take a massive positive from it for the future.

Would Sourav Ganguly keep an eye on the upcoming PSL 2021?

The answer to the above question is set to be answered soon. While Ganguly has had his ups and downs during his tenure as the head of one of the world's richest sporting organisation, he could perhaps gain from comparing the IPL 2020 to the 2021 season. The former India captain himself is adamant that having the tournament in India was a correct call, but critics have questioned the rationale behind not having it in the UAE once again, when the option was wide open for the board. The postponement of the tournament this year has been viewed by many as a lost opportunity due to poor planning.

And should the Pakistan Super League, which is also known as the HBL PSL 2021, organise the remainder of its tournament in the Middle East country successfully this June, calls could grow for the BCCI to ensure that they take a leaf out of Pakistan's book for a change and wrap up the tournament, perhaps in a truncated manner in the deserts of Sharjah, Dubai and Abu Dhabi in September itself.

Indian Premier League (IPL) Governing Council releases the complete fixtures for the league stage of the Dream11 IPL 2020 to be held in UAE. https://t.co/7FRfkI6Cbg pic.twitter.com/iM4HTBpMNo

India cricket schedule 2021 and beyond: Will UAE become the most sought-after sporting destination for India and the world?

The biggest advantage of having UAE as potential hosts for not just the IPL 2021 but many of India's international matches as well going ahead, is massive crowd support due to many Indian expats across the country. With the success of the IPL 2020, the BCCI could capitalise on the same to focus on a new market and not gain revenues from the same. Additionally, the BCCI could leverage the UAE as an opportunity to maximise their power in international cricket as its leaders and caretakers by developing the game there just as it did with the likes of Bangladesh and Afghanistan, to keep the game competitive and alive. As India is expected to take more time to come out of the coronavirus crisis, organizing more matches in a country just 1500-2000 km away by air and 1.5 hours behind Indian Standard Time (IST), could be profitable for the BCCI.

ALSO READ: Kevin Pietersen Lashes Out At Critics Not Happy With BCCI Hosting IPL 2021 In India

During the first wave of the coronavirus last year, India lost out on nearly 14 months of hosting international cricket, making UAE the perfect alternate venue. It is unlikely that packed crowds in Indian stadiums would return anytime soon. Additionally, with bio-bubbles dominating not just the IPL latest news these days but even becoming a norm till the virus is wiped out, it is likely that players will have a say in participating where they feel comfortable the most, with money arguably not being the sole purpose of playing the game. These two major factors might force the BCCI to think beyond India.

If India were also to improve their cricket relations with Pakistan too and give this generation a feel of the traditional rivalry, perhaps UAE could be a place to start subject to all approvals. With India-Pakistan matches expected to gain maximum interest in the cricketing world, it could help both sustain and grow the sport as other Test-playing nations have been hit badly by Covid-19. As Pakistan also has managed to adopt UAE as their home country from 2009-2019 for cricket, it could make for a riveting contest.

PSL Franchises have sent a letter to PCB to move the remaining matches of PSL from Karachi to UAE.#HBLPSL #psl6 pic.twitter.com/mwxCHW2Ltq

Interestingly, the location of the UAE on the global map also makes it perfect for western and eastern countries alike to travel to. As the population of the country also has a growing number of British, European and American expats, other sports have seen this as an opportunity to expand business interests in the Middle East. Boxing, UFC, WWE and football are slowly seeping into the otherwise conservative culture of the UAE as the country recently announced steps to ensure welcoming more foreign investments and lightened tourism and residency regulations to make it a global destination.

As a result, the BCCI might not have to look much further than slightly to the west, to decide cricket's future at co-incidentally, where the ICC's headquarters are located. Don't be surprised if in the long-run, the board actually takes a cue from their 2014 move in the IPL and hosts half the tournament in the desert country. It could even look to play more international matches, taking a cue from exhibition games in basketball and football to have a much wider reach than just British commonwealth nations. With Ganguly's vision always sky-high, nothing can ever be ruled out in Indian cricket.