CSK retained former captain Ravindra Jadeja for the next season with MS Dhoni being the skipper for IPL 2023 while releasing Dwayne Bravo. 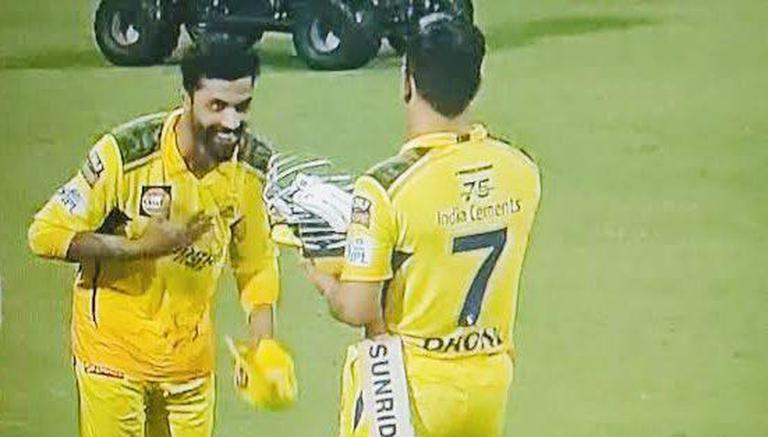 
Ravindra Jadeja was expected to be released by Chennai Super Kings ahead of the mini auctions after several reports of an alleged rift with CSK were doing the rounds in 2022. However, those proved to be just rumours as CSK retained former captain Jadeja for the next season with MS Dhoni being the skipper for 2023 edition. Jadeja in his own inimitable style came up with an epic response to the development.

Jadeja puts an end to all MS Dhoni rift rumours

Everything is fine💛 #RESTART pic.twitter.com/KRrAHQJbaz

Jadeja posted an image from last season's epic run-chase against Mumbai Indians where Dhoni rewind time with a great finish. Jadeja, who was CSK captain at the time, came out to the field and bowed down to MSD in appreciation. His latest post could also signal that he is happy to play under Dhoni's leadership in IPL 2023.

Tuesday is the last date to announce the full list of players retained and released by the teams ahead of the mini-auction, scheduled to be held on December 23 in Kochi.

The day started with Mumbai Indians' longstanding West Indian all-rounder Kieron Pollard announcing his retirement from the IPL, only to be drafted as the five-time champions' batting coach.

Mumbai Indians have released as many as 13 players, including Kieron Pollard, who announced retirement earlier in the day.

"It's a very tough call. As far as retention is concerned and releasing of players, you know that CSK has always been very passionate with the players, and they have also been contributing to the franchise. It becomes very difficult for us to decide while releasing the players.

"The contribution they have made to CSK will always be cherished and we know that if there is an opportunity for any of them to come back, they will be back in CSK colours," said CSK CEO Kasi Viswanathan.

As far as CSK's captaincy is concerned, Kasi made it clear that their talisman Mahendra Singh Dhoni will lead the side.

"Everybody knows that Thalaiva (Dhoni) will lead the side and he will do his best and the team will do well," he said.