Kevin Pietersen seems to be enjoying his moments on social media. Just like other celebrities, even his actions are enjoyed by fans and sometimes, leave them irritated as well. Pietersen had earlier made a blunder by mentioning the wrong age of legendary all-rounder Jacques Kallis on his birthday and was trolled for it. He was also trolled for taking a dig at Virat Kohli's trademark cover drive. Recently, KP had posted a picture of the South African rugby team which had left the English fans miffed.

Kevin Pietersen had played international cricket for England. Apart from captaining the English side, he was also a part of the squad that had won their first and only ICC World T20 title in 2010. Even though KP had represented England, he was born and raised in South Africa. South Africa had recently beaten England to win their third Rugby World Cup trophy. Pietersen has also seemed to be happy as the South African born cricketer posted a picture of the members of the South African Rugby team having a pool party after their big win. Take a look.

However, the cricketer-turned-commentator's actions did not go down well with the fans as they were left annoyed and came forward to troll the former all-rounder. Here are some of the reactions. 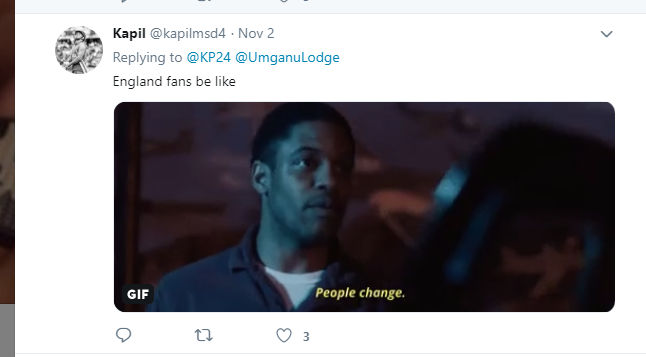 In a stunning final match, South Africa beat England 32-12 to lift their third World Cup title on Saturday in Yokohama. The Springboks broke English hearts with a stellar performance in the showcase event which starred Makazole Mapimpi and Cheslin Kolbe. This was the second time that both the teams met in the final, with the previous one being back in 2007 in Paris. The final was all the more historic for the Springboks, as Siya Kolisi became the first black captain to lift the Webb Ellis Cup.

READ | IPL to have a 'Power Player' concept? Here is all you need to know